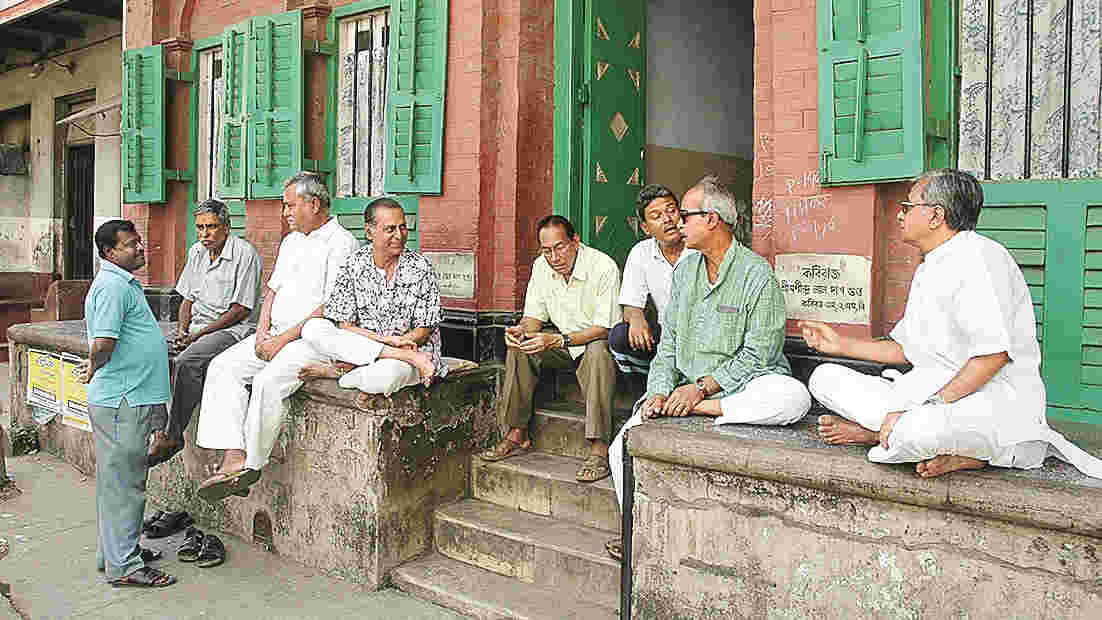 "Just consider how terrible the day of your death will be./ Others will go on speaking, and you will not be able to argue back.” Amartya Sen quotes Raja Ram Mohan Roy’s poem to demonstrate India’s loquacious culture and argumentative tradition in his The Argumentative Indian: Writings on Indian History, Culture and Identity. India loves to be noisy. Voice is life and silence is death in a democratic polity. The argumentative tradition, Sen says, if used with deliberation and commitment, can be extremely important in resisting social inequalities and in removing poverty and deprivation. India has been blessed with a long tradition of public arguments and intellectual heterodoxy. Constitutional democracy is fastened to public reasoning. Public reasoning provides the opportunity for the citizenry to take part in political discussion to influence public choice.

In Romesh Thappar v. State of Madras (1950), Justice Patanjali Sastri rightly observed that “Freedom of Speech and Press lay at the foundation of all democratic organizations, for without free political discussion, no public education, so essential for the proper functioning of the process of Government, is possible.” But in praxis, free speech has been a paper tiger in India. Sedition and contempt of court, two living fossils in the Indian legal ecosystem, impose an omertà of sorts on free speech that silently kills the very spirit of democracy.

A writ petition has recently been filed in public interest, challenging the constitutional validity of Section 124A of the Indian Penal Code, 1860, as being ultra vires of Article 19(1) (a) of the Constitution read with Articles 14 and 21. The petitioner is a public-spirited person and a retired major-general from the army. He pointed out that in I.R. Coelho v. State of Tamil Nadu (2007), the Supreme Court had held that the Constitution is a living document and all constitutional provisions have to be construed as having regard to the march of time and the development of law. The Supreme Court has clarified that fundamental rights in the Constitution are not to be read as isolated silos or as watertight compartments, but are to be read as if the content of each fundamental right animates the other. The petitioner contends that a statute criminalizing expression based on unconstitutionally vague definitions, such as ‘disaffection towards government’, is an unreasonable restriction on the fundamental right to free expression guaranteed under Article 19(1)(a) and causes the constitutionally impermissible ‘Chilling Effect’ on speech. The reasonableness of the restriction of free speech under 19(2) — in this case, sedition — will need to be looked afresh considering procedural as well as substantive due process embodied in Articles 14 and 21.

The petitioner has set forth the doctrine of Chilling Effect on speech, wherein the probability of the impugned provision causes psychological tether in the free exercise of the right and the content, and that the court should consider the implication of that probability and the severity of the Chilling Effect while weighing on the validity of such a provision. Even in the United States of America, the doctrine got established only as late as 1967, starting with Justice William J. Brennan’s dissenting opinion in Walker v. Birmingham. The most concrete pronouncement on a penal statutory provision being unconstitutionally vague causing a Chilling Effect on speech is as recent as 2015 in Shreya Singhal v. Union of India. The court held that Section 66-A of the Information Technology Act casts restriction so widely that virtually any opinion on any subject would be covered by it and any serious opinion dissenting with the mores of the day would be caught within its net. Such is the reach of the section and if it is to withstand the test of constitutionality, the Chilling Effect on free speech would be total.

While our founding fathers were busy drafting the Constitution, George Orwell was composing his Nineteen Eighty-Four: A Novel, often referred to as 1984. On December 13, 1946, Jawaharlal Nehru moved the ‘Objective Resolution’, which later became the Preamble to the Constitution of India, that, inter alia, promised freedom of thought and expression. There was no need to mention freedom to think at that point of time as thought was viewed as an intangible psychological process; it was unimaginable then that thought could be interfered with. Meanwhile, Orwell was imaging the Thought Police — thinkpol — that discover and punish thoughtcrime, personal and political thoughts disapproved by the government. The thinkpol use criminal psychology and omnipresent surveillance via informers, telescreens, cameras and microphones to monitor the citizens of Oceania and arrest those who have committed thoughtcrime that challenges the status quo authority of the Party and the regime of Big Brother. Our founding fathers, too, were prescient to the possibility of a future Orwellian State as they promised liberty of thought in the Constitution. But in this era of cyber, Byzantine politics and Pegasus snoopgate, the Chilling Effect is creeping into our neurons as well.

Not only the State apparatus but also pernicious social elements enforce the Chilling Effect on free public discourse. In 2013, Narendra Dabholkar, a rationalist and the founder of the Maharashtra Andhashraddha Nirmoolan Samiti, was shot dead. He was an ardent advocate of the criminalization of black magic and human sacrifice. The conspiracy behind the murder has never been unveiled, nor have the culprits been punished. The macabre murders of Govind Pansare, M.M. Kalburgi and Gauri Lankesh followed. “The murders of the four activists-writers show the grave dangers of free speech in India where the mob enjoys immunity from the law even as the state structure fails to protect free thinkers or even looks away from the citizen’s rights enshrined in the Constitution... the cult of violence is breeding faster than the Aedes Aegypti mosquito and infecting many with the fever of blood lust against those they disagree with” — writes Sagarika Ghose in Why I Am a Liberal: A Manifesto for Indians Who Believe in Individual Freedom (2018). For the blood of those free-thinking intellectuals, our society is collectively guilty.

A liberal polity should be anchored in discussion, debate, and dissent. Salman Rushdie’s Haroun and the Sea of Stories (1990) is a saga of the war between loquaciousness and silence. Rashid, Haroun’s father, is a storyteller known as the “Ocean of Notions” by his admirers and the “Shah of Blah” by his rivals. Let the ‘Oceans of Notions’ and the ‘Shahs of Blah’ reign. The cacophony of democracy is more soothing than the monotonous drone of authoritarianism.

Faisal C.K. is Under-Secretary (Law) to Government of Kerala