Advertisement
Home / Opinion / Democracy and the taste of fear

Democracy and the taste of fear 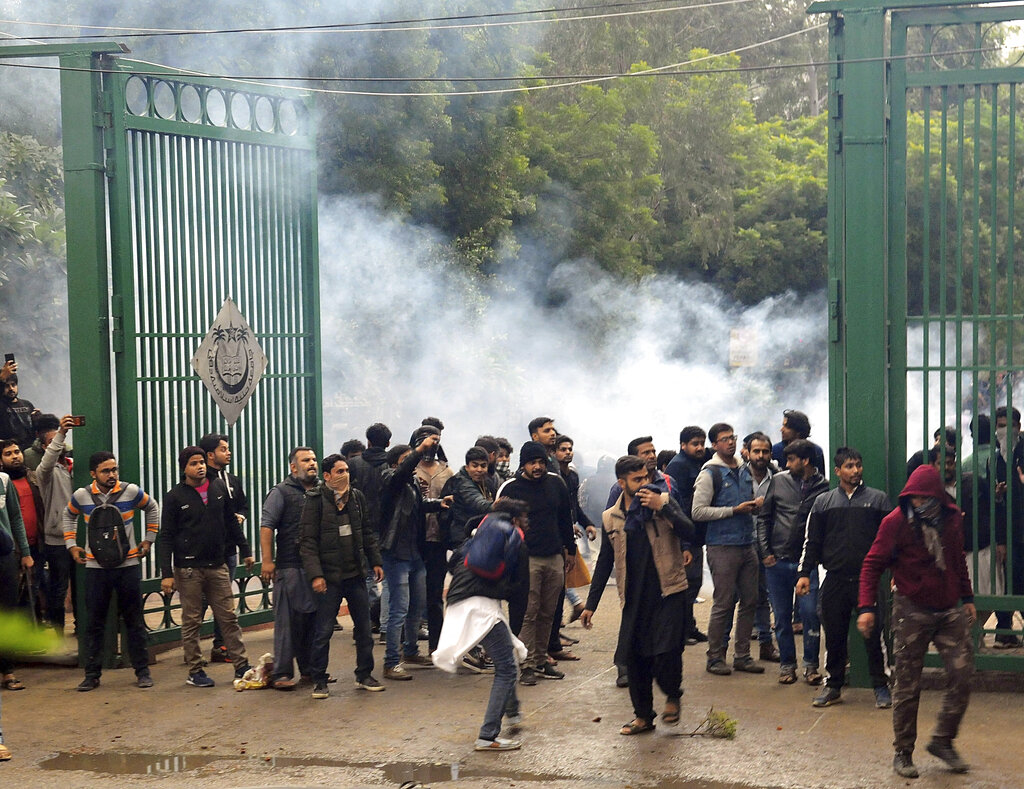 Right-wing authoritarian populism is a global feature. But what is distinct to India and a few other places is the element of fear. Fear can be a potent political tool as it not only divides and undermines dissent but also makes citizens unthinking, prompting their withdrawal from participation in protests. The English philosopher, Thomas Hobbes, observed that fear is born from the lack of trust and leads to pre-emptive strikes and a circularity of violence which, according to Hobbes, is necessary for a totalitarian State to impose order necessary for industry. We have come a long way from that to understand that exception and violence have become the paradigm of governance. Do the recent series of protest, even if limited in their reach, signify a new reality that is disallowing fear to have a vice-like grip on citizens’ psyche?

In January, Jawaharlal Nehru University witnessed a macabre attack by hoodlums even as the Delhi Police chose to look the other way. But a day after the attack, teachers and students were back on the streets. This is true not just of this university but also of Aligarh Muslim University, Jamia Millia Islamia and other educational institutions. It is possible that these protests by students and youth would have some impact on other sections of society and may resurrect the thinking citizen in place of the loyal subject. What could possibly explain the fact that in spite of a political regime making conflict, street violence and fear the key tools of governance, we are nowhere close to what Germany experienced in the 1930s?

Let me foreground a few factors that are at the heart of this anomaly. During the protest gathering in JNU, a drone was hovering overhead, taking pictures of the gathering. This strategy is usually adopted as part of counter-insurgency tactic. There was great excitement as the people, having spotted the drone, began to take pictures with their mobile phones. Some others wanted their photographs with the drone as the backdrop. Ruling elites depend on technology in deploying modern techniques of surveillance, communication and violence. Yet fear has not become a durable feature of Indian democracy. India being a late modern society, the way social collectives relate to technology is mediated through popular beliefs and we are not yet governable subjects. As a collective, we are not yet fully equipped to make sense of what technological invasion means. It is not yet a dominant feature of our everyday imagination. At the least, one is not convinced of the efficiency of those manning such modern technology to be clinical in operating it and fully exploring its potency.

The second important reason why fear has not yet taken a grip is more social in nature. Fear, violence and hegemony are often transmitted through the existing social hierarchies of gender, caste and family. The current political regime has mobilized subordinate and subjugated groups in order to instil the hegemony of the religious-majoritarian kind. It has combined the promise of liberation in an inauthentic way to superimpose an external authority led by Hindutva organizations. For instance, Muslims are sought to be disarmed by appealing to Muslim women; caste authority is sought to be undermined by mobilizing smaller groups within Dalits and other backward castes. This has started the process of questioning the power of the immediate authority. Internal subversion is thus a precondition for exercising the external power of the State and the sangh parivar. If one can begin to question the powers that subjugate, there is little reason why the externally imposed violence cannot be resisted. Fear of one kind is being sought to be traded off with violence of another kind but even this has not allowed fear to take root. Finally, the intransient and precarious location of youth and students is playing a significant role in countering fear. Fear requires fixed social location and spatial ghettoization. Fear, for instance, is instilled in religious minorities through spatial segregation. But youth and students are circumventing this logic of fear because they are mobile, aspirational, and in search of social identity. The youth are able to forge alliances and express solidarity beating the fault lines created by social identities. The expression of solidarity is the most potent way of countering fear.

Charismatic leadership is being sought to be replaced by technocratic control and social engineering combined with fear and violence. But this mode of governance is not working, making it difficult for the regime to maintain its legitimacy.

JNU mob attack: Delhi police yet to make any arrests even 40 days after incident

The light has gone out...