Advertisement
Home / Opinion / He follows the leader, yet TV cameras aren't following him

He follows the leader, yet TV cameras aren't following him

DELHI DIARIES: Why bureaucrats are in a tizzy, and is it repatriation, evacuation or movement? 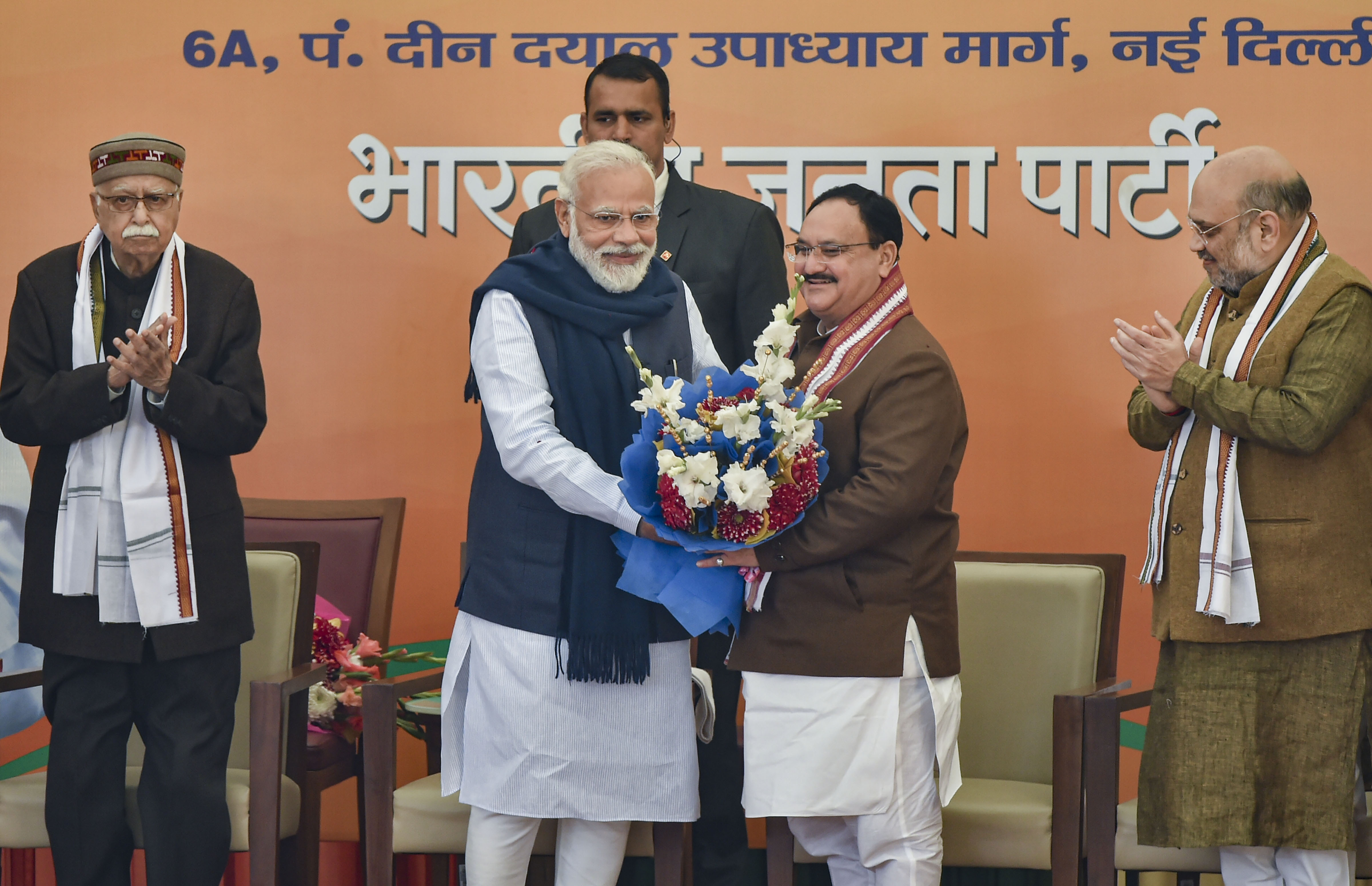 Follow the leader, seems to be the golden principle guiding the members of the ruling party at the Centre. Seeking to follow in the footsteps of the prime minister, Narendra Modi, the Bharatiya Janata Party chief, JP Nadda, is holding video conferences almost on a daily basis during the ongoing lockdown. Apart from members of parliament and legislative assemblies and party units across the country, Nadda has also reached out to varied groups like lawyers and so on. The party sends a bunch of pictures along with press releases everyday to underline how hard Nadda is working in spite of being confined at home. Unfortunately, for the media managers — they work really hard to get such publicity material ready — very little of their efforts is reflected in newspapers or on TV. One major reason is that news related to the pandemic takes precedence, given the enormity of the situation. The other reason, however, could be the dominance of the Narendra Modi-Amit Shah duo in the current regime, which has eclipsed the importance of most other party leaders. Even during Modi’s first tenure with Shah as the BJP president, the two supreme leaders were the prime newsmakers. Shah even spoke on policy matters of the government. Nadda, a veteran and hardworking leader, stepped into Shah’s shoes in January this year, but it seems as though he still has a long walk ahead of him before he arrives at the position of prominence that the dynamic duo enjoy in the media.

Better safe than sorry. The health minister of Karnataka, B Sriramulu, is certainly not taking any chances as far as his health is concerned amidst the Covid-19 pandemic. The minister recently made an appearance wearing what resembled a hazmat mask. When it attracted the attention of photographers, Sriramulu said it was a gift from a doctor friend in America and that he had got it even before the Covid-19 outbreak. Unlike the prime minister who recently appeared on TV wearing a gamchha instead of a mask, Sriramulu preferred to take no chances and went hi-tech.

Bureaucracy in the capital is in a tizzy over the relaxation of the lockdown. The memory of senior officials being suspended by the Centre for running buses to the Uttar Pradesh boundary in March has prompted several public servants to err on the side of caution. Delhi’s deputy chief minister, Manish Sisodia, has written to the chief secretary, Vijay Dev, to direct collectors and deputy commissioners of police to be facilitators rather than impediments to restoring the economy as the capital continues to see an exodus of migrant workers. Sisodia’s note came after complaints from industrialists, chartered accountants and lawyers about being unable to reach their workplaces, which have been allowed to function with restrictions in this phase of the lockdown.

Some bureaucrats, however, pointed out that the ill-planned reopening of a fraction of liquor shops has made a mockery of social distancing with crowds overwhelming the police. This would no doubt cause a spurt in infections. An IAS officer organizing the return of the migrants privately observed that despite the absence of effective social distancing in relief shelters, almost no positive cases came out of them. The infection, he said, will kill fewer than starvation will, if the restrictions lead to a recession.

For a government known for its ability to manage events great and small, the dispensation seems to be terribly unclear as far as its preferred nomenclature for getting stranded Indians back from overseas is concerned. The three ministries in the thick of it refer to it differently. The ministry of external affairs, in sticking to protocol, is calling it repatriation. Home affairs is choosing to call it ‘movement’ and has named its guidelines for the exercise accordingly. The civil aviation ministry and Air India are calling it evacuation. According to a former top executive of SpiceJet and Vistara, these are indeed repatriation flights.

In a repeat of the dreaded days after demonetization, Bangalore saw long, snaking queues across the city recently. The lengthy closure of liquor shops forced people to queue up for hours to get their favourite spirits. While many of them returned smiling, one of them even shared his bill of purchase worth Rs 52,841 on social media. The cash receipt became the talk of the town for a couple of days until the excise department took note and booked the store for exceeding the limit of selling 2.3 litres of hard liquor and 18.2 litres of beer per customer per day.