Advertisement
Home / Opinion / Broomed by AAP all the way

Broomed by AAP all the way

The challenge for fragmented Opp. is to integrate ‘local’ issues into the national discourse to influence parliamentary elections 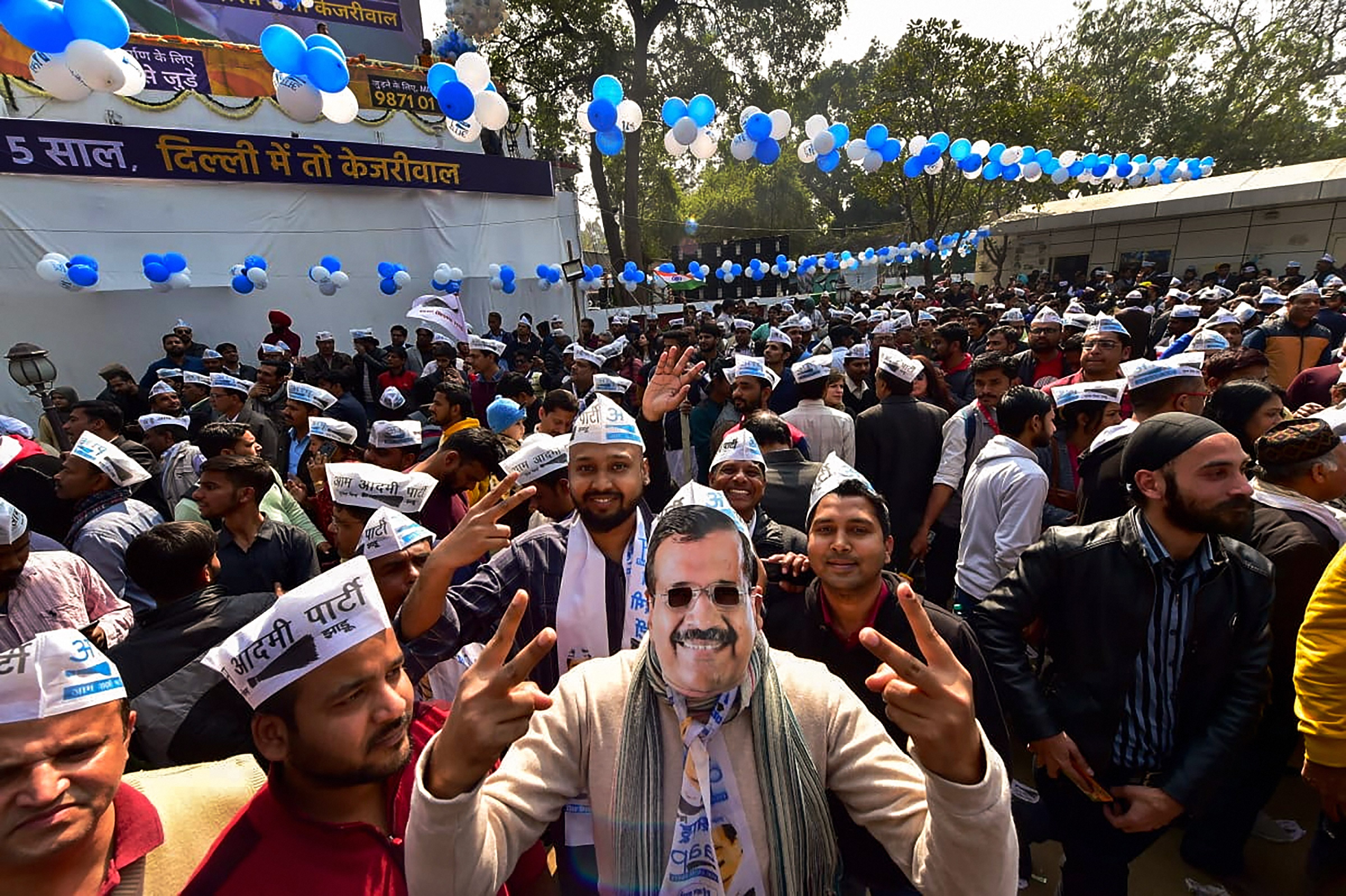 An Aam Aadmi Party worker, dressed as party chief Arvind Kejriwal, celebrates along with others the party's success in the Delhi Assembly polls, at party headquarters in New Delhi, Tuesday, February 11, 2020.
PTI
The Editorial Board   |     |   Published 12.02.20, 06:54 PM

The humble broom, the election results to the Delhi assembly have shown, is not to be trifled with. It can serve as a potent weapon to sweep away the toxic politics of hatred. The Aam Aadmi Party — it wields the jhadu as its electoral symbol — stormed back to power for the third time in Delhi, winning 62 of the 70 seats in the fray. The scale of the AAP’s victory that led to the trouncing of its principal rival, the Bharatiya Janata Party, can be gauged from a set of illuminating data. The vote share of Arvind Kejriwal’s party witnessed only a marginal decline, from 54.3 per cent to 53.6 per cent. This, combined with the fact that the AAP made a clean sweep of five out of nine districts, is a significant achievement for a party that was seeking to return to power for not the first but the third time. Its support base remains impressively diverse. The Muslim vote in Delhi is roughly 13 per cent; the AAP clocked a total vote share of nearly 54 per cent. This goes to show that not just Muslims but also a large number of Hindu voters support Mr Kejriwal’s policies and vision, torpedoing the BJP’s cunning, divisive strategy to link the AAP with the minority constituency in order to consolidate the Hindu vote. The primary reason behind the AAP’s success against the BJP’s engineered polarization seems to be Mr Kejriwal’s development initiatives. The AAP has undoubtedly reaped the fruits of its investments in health, education and public transport, thereby proving, once again, that a commitment towards public welfare can be an effective bulwark against a sectarian agenda. The BJP, in spite of its loss, is gloating about the rise in its vote share. But Jharkhand, Maharashtra and now Delhi seem to have exposed the limitations of the pursuit of an electoral strategy based on incitement and shrill nationalism. The Congress — it had been given three terms by Delhi in the past — has been reduced to a bit player, forced to seek solace in the defeat of the BJP.

With a number of crucial state elections on the horizon, the AAP’s triumph in Delhi is expected to invigorate the Opposition. The Indian electorate seems to be making a clear distinction in its mandates for state and national elections. The challenge for a fragmented Opposition is to integrate ‘local’ issues — governance, social amity, employment — into the national discourse that influences parliamentary elections. That could pose a significant challenge to Narendra Modi’s faux rhetoric of development and patriotism.

Where BJP bucked trend in Delhi