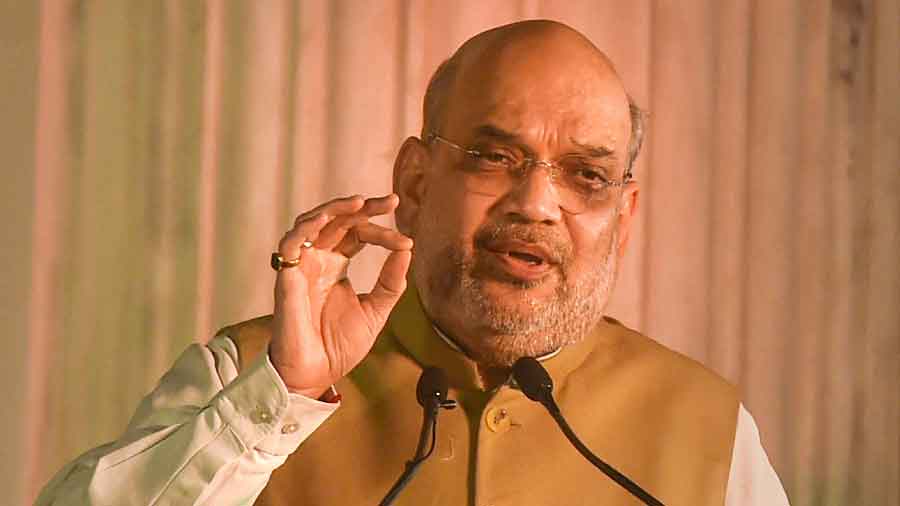 Sometimes the most innocuous word generates a thrill. The use of the word ‘discussion’ as an alternative to ‘conflict’ by the Union home minister, Amit Shah, during a speech at Delhi University was simply thrilling. Universities should not become battlegrounds of competing ideologies but spaces for exchanging ideas through discussion. In itself this is an excellent doctrine, with two drawbacks. One is the fact that authorities of certain higher educational institutions in different parts of the country have been trying to outlaw student politics on campus in tune with the wishes of the Union government. The issue may be debatable, but the authorities’ stance in such cases is nothing if not political. More striking are the ‘conflicts’ in various campuses between the Bharatiya Janata Party’s Akhil Bharatiya Vidyarthi Parishad and Left or other student bodies, one example being the recent one in Jawaharlal Nehru University over meat being served at a hostel during Ram Navami. Perhaps the Union home minister would dismiss suggestions of a conflict with the ABVP of the Ambedkar Students Association in the University of Hyderabad shortly before Rohith Vemula took his own life. He could, instead, point at the evils of students getting worked up over ‘ideologies’ by referring to the unforgettable police action on Jamia Millia Islamia students when they protested against the Citizenship (Amendment) Act, 2019. The Delhi police report to the Union home ministry. It may well be that the BJP and its student arm have their own definition of ‘discussion’.

The university is not the only space in which ‘discussion’ should be regarded as superior to ‘conflict’. Does the Union home minister’s wisdom extend to other sites — Parliament, for example? The Narendra Modi-led government has distinguished itself by driving discussion and debate out of parliamentary portals. While this may be a way of ignoring democratic proprieties, the bulldozing of all other points of view is also an assertion of the BJP’s numerical superiority. In this context, the words ‘discussion’ and ‘conflict’ take on new meanings — befitting New India — and would apply as much to universities as the political arena. This premise alone would explain Mr Shah’s supremely confident pronouncement that an ideology causing conflict is not an ‘ideology’ and definitely not ‘India’s ideology’. He knows where the conflict is coming from.