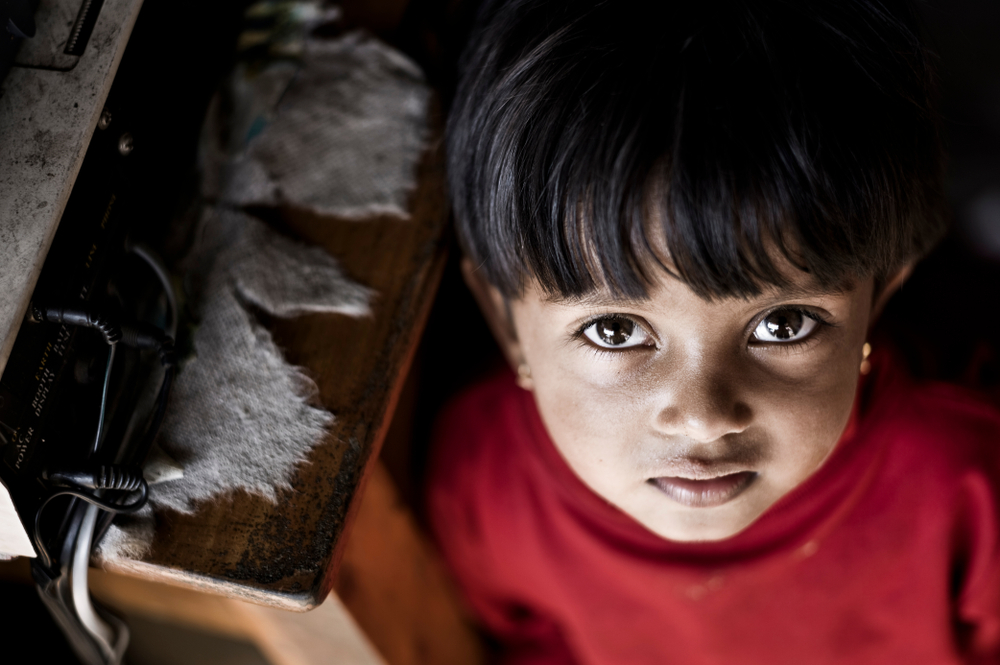 India is notorious for female infanticide. Richer states have a lower ratio of girls to boys than poorer ones, and it has been getting more skewed over time. (Image used for representational purpose)
Shutterstock
Ashok V. Desai   |   Published 02.06.20, 09:24 PM

Most people in the world are not patriots. They are born in a country, and build their lives and livelihoods as best as they can in it. They take their country for granted; they have more urgent issues to think about. A small proportion are idiotic patriots. They get little chance to serve their country, and do not look for one; they spend their time suspecting people they dislike or disagree with of treason — of being anti-national to use the fashionable Hindutwit term. But once in a while, a competent patriot turns up. If he can, he serves the country; if he cannot, he dreams of what he would like to make of the country, and disseminates his national ambitions.

Arvind Subramanian was visiting the ruins of Machu Picchu, the 15th-century citadel of the Incas 8,000 feet up in the Andes, when he was all of a sudden offered the post of chief economic adviser. He flew down to Delhi, walked into the North Block, and ensconced himself in the CEA’s chair. Arun Jaitley would listen politely to him, but had no idea how to use him. So he wrote terrific economic surveys, and gave talks brimming with ideas. Finally, the sermons to the deaf came to an end; he resigned, and went off to Harvard. But it is difficult to take off the patriotic robe. He continued to engage himself with India; he wrote a book, full of policy proposals, since he left. Now he has written a paper in the Journal of Economic Perspectives, together with Rohit Lamba. “Constituting one-seventh of humanity, fissured horizontally by region, religion and language, and ossified vertically by caste and patriarchy, India is as much a subcontinent of quasi-sovereign states as a unitary country.” That is how they begin.

They divide India’s post-Independence history into three phases. First came the seizure of “commanding heights” by the public sector, which fettered the private sector in licence-quota-permit raj and imposed import-substitution industrialization. The Kafkaesque controls resulted in the Hindu rate of growth of 3.5 per cent a year, or 1.4 per cent per capita. The second phase in the 1980s eased controls on industry without exposing it to greater competition. Per capita growth rose to 3.5 per cent. It ended with a large fiscal deficit and a balance of payments crisis in 1991. That led to reforms, which repudiated India’s dirigiste past. They were followed in the early 2000s by redistribution through food, rural employment, and education. These successive reforms accelerated growth; since 2002, per capita growth has been 6.2 per cent.

Lamba and Subramanian distinguish two patterns of development. In the United Kingdom and the United States of America, development and transition to democracy progressed slowly over centuries; other European countries followed more or less the same pattern later. In East Asia, rapid development was associated with authoritarian regimes. India is an exception: it became a democracy before it started its development. It also did not follow the conventional sequence of industrialization and subsequent shift to services: it has been going straight from an agricultural to a service-oriented economy.

They find another Indian inconsistency. Poorer states would have cheaper labour and land, and should attract investment, thus reducing their difference with richer states. But in the two decades after 1994, richer states in India grew faster; in other words, regional inequality grew. This was true neither of Chinese provinces nor of global countries. Then they come to social distinctions — upper castes, scheduled castes, other backward castes, scheduled tribes and Muslims. In terms of the average number of years of education, upper castes were getting eight years in 1998, but by 2015, they were approaching the OECD average of 11 years. This is true for other groups also: they were all staying longer in school. But the rise was least for Muslims, from just over 4 years in 1993 to just under 8 years in 2015; even scheduled castes stayed longer in school. Intergenerational mobility rose for scheduled castes, but fell for Muslims.

Many indicators show improvement in the status of women, except for two. First, 47 per cent of women do not use contraception, and of those that do, less than a third use a reversible method on which they have control: sterilization is the most common method. And the proportion of women who worked fell from 35 per cent in 1990 to 28 per cent in 2015 — far below China’s 60 per cent and Indonesia’s 50 per cent. India is notorious for female infanticide. Richer states have a lower ratio of girls to boys than poorer ones, and it has been getting more skewed over time. In the natural order, roughly 1,050 boys should be born for every 1,000 girls. Amongst one-child Indian families, there are close to 1,800 boys for 1,000 girls — which means that some 700 girls out of 1,700 did not earn survival. Amongst fifth children, if the child is not last, there are about 900 boys for 1,000 girls. But if the fifth child is the last, there are roughly 1,400 boys for 1,000 girls. There is much stunting amongst children — that is, low height for their age. This is due to the fact that unwanted children — mainly girls — are starved of food, and also because people defecate in the open and get diarrhoea from fellow-defecators.

Over a half of India’s population lives in areas with high particulate matter pollution; it is responsible for 12.4 per cent of deaths and at least an equally high proportion of ailments. India exploits too much water from the ground; ground water levels are going down everywhere.

Finally, Lamba and Subramanian return to Subramanian’s assertion for which officials roundly attacked him two years ago: that they overstate India’s GDP growth. Last time he had asked why India did much better than comparable countries. This time, they show massive falls between 2002-11 and 2011-18 in components — investment, credit, corporate profits, exports, imports, consumer goods output, direct tax revenue — which are not reflected in GDP growth. They end by pointing out the poor quality of India’s education, and low skill levels.

The essence of their message is the inconsistency between India’s broadly well functioning democracy and terrible economic and social performance. Can the democratic institutions improve performance, or will they continue to be ineffective? Is their quality overrated?

I think it is wrong to judge the quality of democracy on the basis of just elections and legislative sessions. Indian democracy is like Bollywood: it is a great show, but it has no connection with society at large. There is no inconsistency between democracy and incompetence; they are both aspects of the odd country that is ours. It cannot be “transformed”. But T.N. Seshan turned an incompetent Election Commission to one of the world’s best. Other institutions can be improved by bold and sensible individuals. That is our best hope. And in their absence, we will continue to tumble along under average-to-incompetent politicians as we have done from Indira Gandhi onwards. We are lucky that we can do so without too much official interference in our lives.