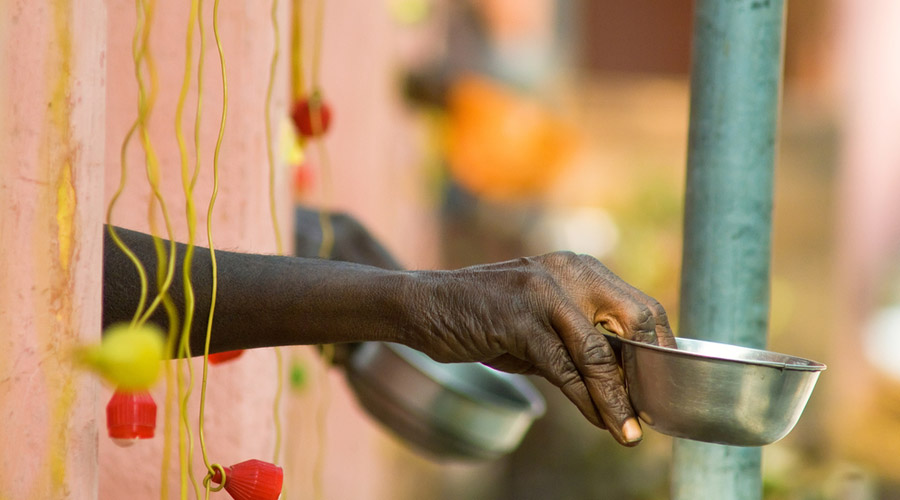 There is an immediate need to rethink the current definitions of ‘right to food’ and ‘hunger’ so as to implement a multi-faceted approach.
Representational picture
Sushant Khalkho   |   Published 20.07.22, 03:20 AM

Some simple truths bear repetition: climate change is real and India is going to face the brunt of its impacts in the next few decades. A recent report by the International Food Policy Research Institute estimates that India would be facing a 16% drop in food production, with the number of those at risk for hunger increasing by 23% by 2030 due to climate change. This revelation is significant since it comes in the wake of India’s poor showing in the Global Hunger Index 2022 wherein it ranked 101 out of 116 nations.

Such sobering statistics highlight the chronic food and nutritional insecurity plaguing India. During the raj, the colonial government did little to reduce hunger or poverty because of a myriad structural constraints and fiscal irresponsibility. Poverty in British India came to be understood from the unidimensional lens of hunger, a notion that was challenged by Amartya Sen who sought to do away with the artificial distinction between social characteristics of poverty (such as education and health) and economic characteristics of poverty.

Having suffered devastating famines and starvation deaths under oppressive colonial regimes, after the 1950s, developing nations strove to do two things: first, they agreed to progressively realise the socio-economic right to food in the long term; second, State Parties agreed to secure for citizens a ‘needsbased’ minimum core of the said right. A needs-based minimum core essentially means that State Parties need to ensure that a minimum acceptable level of food is provided for citizens’ needs and survival. India complied with the second commitment by guaranteeing adequate daily calorie requirements to its populace through a judicious mix of legal and policy initiatives like the Green Revolution, the public distribution system, and the National Food Security Act 2013.

These efforts led many African and Latin American nations to view India as a model to emulate in matters of providing food and safeguarding food security. But India still has a long way to go. Domestic surveys like NFHS5 have revealed that every third child in India below five years is stunted (35.5%) and underweight (32.1%). Further, FAO’s State of Food Security and Nutrition in the World 2020 concluded that India suffers from a 14% chronic malnutrition rate.

In practice, food security is not always understood comprehensively. There is thus an immediate need to rethink the current definitions of ‘right to food’ and ‘hunger’ so as to implement a multi-faceted approach. The correct question to ask is this: how does one ensure that food insecurity, starvation and malnutrition do not hinder the development of human capabilities in line with Sen’s vision? The answer lies in reconceptualising and realigning the domestic right to food laws and policies with a ‘value-based’ core approach as opposed to a need-based approach to the right to food and nutrition. A needs-based approach does not make a distinction between whether a person meets his pre-determined caloric intake, either by consuming one kilogramme of sugar in a day or through a balanced diet comprising necessary micronutrients and essential food groups. Per contra, a dignitarian value-based approach requires the State to secure the maximalist standards of dignity for citizens by broadening the ambit of what it considers to be ‘core’ obligations with respect to right to food. This is borne out when the State starts weaving into its legal fabric and policy formulations comprehensive dignitarian definitions of the right to food and hunger that cover such multi-faceted aspects of food security as safety, minimum nutrition value, means of access and control, differential dietary requirements and so on.

Even as India celebrates 75 years of Independence, it is unfortunate to note that official and judicial attitudes towards food security remain rooted in the outdated needsbased approach. With climate change set to exacerbate the food security situation in the country, a broader conceptualisation of the positive core obligations of the Indian State is the need of the hour.

Sushant Khalkho is with the National Law School of India University, Bangalore