Data in your DNA

Commercial DNA data storage will not be available any time soon. But when it happens, the storage race may be over 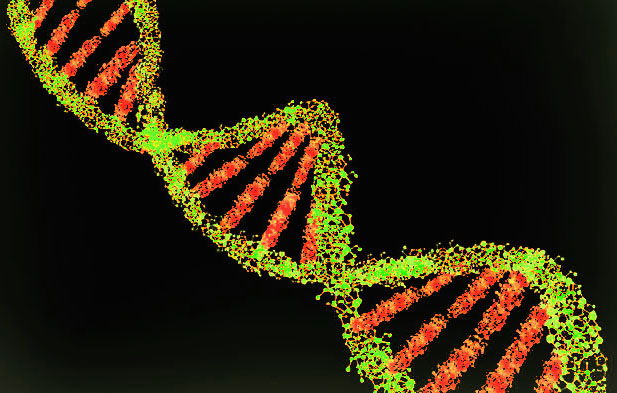 More than half a century ago, William Windom played Commodore Matt Decker on Star Trek: The Original Series, and used single-handed removable read/write memory media much before the invention of the 3.5-inch floppy disks of the late 1980s. Science fiction has always showed the way for data storage, much ahead of time. For example, the Platinum Alloy Disc for data record storage in the book, Triplanetary (1934), by E.E. 'Doc' Smith, was certainly the DVDs of the 1930s.

We are now creating and saving an exponential amount of data. In 2020, the amount of digital data will exceed 40 zettabytes (1 zettabyte = 1 trillion gigabytes), which is about 57 times the amount of all the grains of sand on all the world's beaches. All data is expected to double every two years through 2020. Today, loads of data are being produced through machine sensors and smart devices communicating with other devices. Efficient data storage is the need of the day - beyond hard drives and USB sticks.

Where does the future lie? Is data storage designed in our genes, in the true sense? In the 1995 cyberpunk Hollywood thriller, Johnny Mnemonic, the childhood memories of Keanu Reeves's character have been wiped so his brain can be used to smuggle data. In 2012, Harvard researchers encoded DNA with digital information, including a 53,400-word book in HTML, eleven JPEG images and one JavaScript program. DNA storage is ultra-compact, and a thumb-sized DNA hard drive could hold all the songs, books, videos and movies of the world. In addition, unlike usual hard drives, which last only a few years and are susceptible to heat and humidity, a DNA drive would last really long.

The book, Year Zero, by Rob Reid, has the idea of DNA music storage by encoding music in junk DNA. In Johnny Mnemonic, smuggling was done via a chip implanted in the brain. The real-life DNA storage device involves writing the information into the DNA itself. In an article published in Science in March 2017, researchers from Columbia University and the New York Genome Centre showed that an algorithm called 'DNA Fountain' can unlock the DNA's nearly full storage potential by squeezing more information into its four base nucleotides. They wrote six different files into DNA: a computer operating system, a French movie, an image of the Pioneer plaque, a study by the information theorist, Claude Shannon, a computer virus, and an Amazon gift card. The researchers showed that their coding strategy packs 215 petabytes (1 petabyte = 1 million gigabytes) of data in one gram of DNA, which was the highest-density data-storage device ever created.

Commercial DNA data storage will not be available soon. But when it is, the storage race may be over. Will data smuggling inside our own bodies become a reality? Scientists did take a cue from Superman's Fortress of Solitude. The entire knowledge of Kal-El's doomed planet of Krypton was supposedly kept in a series of small crystals. Recently, a group at the University of Southampton worked to etch data onto the surface of quartz crystal, named the 'Superman memory crystal'. This 5-dimensional storage medium holds about 360 terabytes of data (1 terabyte = 1,000 gigabytes), with physical stability up to 1,000 degrees Celsius, and an unlimited shelf life when held at room temperature.

Nearly 60 years ago, the Stanislaw Lem book, Return from the Stars, portrayed a situation where no books had been printed for nearly half a century. "The books were crystals with recorded contents.... At a touch, successive pages of the text appeared on it." Then there is the Pensieve, the stone basin used to store and review memories in the Harry Potter series. Might this become a reality in the near future?

Clifford Stoll said, "Data is not information, information is not knowledge, knowledge is not understanding, understanding is not wisdom." With data always expanding, technology will evolve to store them. But how much of it can be transformed into wisdom? We must learn to identify and discard useless data. Otherwise it will only be stored, not properly utilized.