Entrepreneurship is about the struggle to survive each day 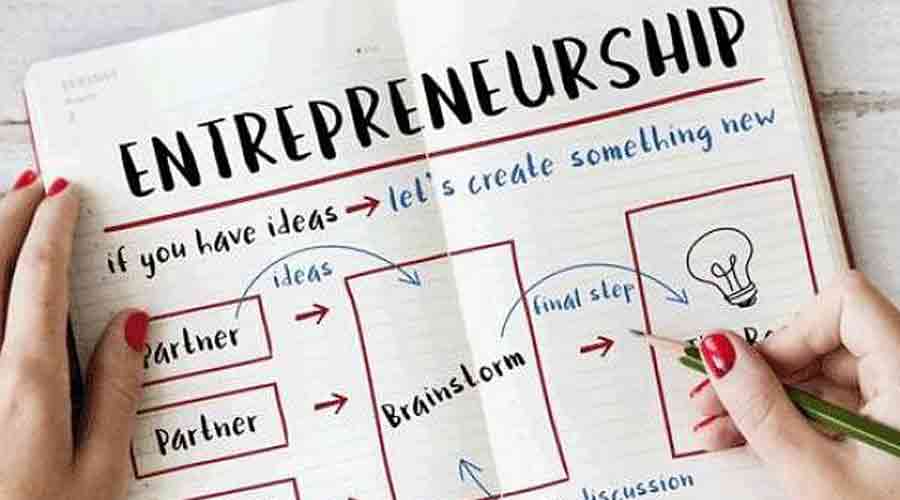 The last two decades have witnessed much hype around the promotion of entrepreneurship. Business schools have introduced focused courses and engineering colleges have frequent competitions to identify new ideas that have business potential. Incubation centres are being set up across the country, and even the Central government has got in the act in a big way.

Entrepreneurship is advertised as the new instrument of economic development. Advances in information technology give rise to new ideas, their uses and the potential business value contained in them. For instance, someone who is tech-savvy and intelligent can come up with a smart-phone application that can fetch one a taxi anytime, anywhere. Or, there could be a great potential to deliver ready-to-eat food from any restaurant or any private kitchen to any location. Young people pitch their ideas and business plans to investors who might decide to put in money and share the profits. Later, if the idea becomes a success and can be scaled up, larger investors join in the competition and buy out these enterprises. What might have started as a nebulous idea in a college canteen can become the backbone of a business model, with the capability to make millions of rupees as profit. There are stories of successful entrepreneurs and some of them could well be tales of a journey from rags to riches — the ever-enticing dream that capitalism offers. Magazines and television channels carry these stories of glamorous success. However, is entrepreneurship really the new milestone of the development of enterprise and innovation?

It is evident that the way market capitalism evolves is through the rise and fall of businesses and industries. Successful business firms, including the big ones we refer to as corporate giants, all started small and grew from the idea of one person who took risks, garnered resources, was smart, and enjoyed a considerable dose of luck — from Henry Ford to Bill Gates, from our own N.R. Narayana Murthy to Dhirubhai Ambani. Such organizations keep growing, sometimes at a furious pace, while others shrink and wither away. Some become diversified empires while others remain as small neighbourhood stores, sometimes for generations. Entrepreneurship is nothing new. It has been the cornerstone of capitalism all along.

The flipside of taking risky new ideas to the marketplace is the potential of failure. Failure is the dark side of entrepreneurship. There is no guarantee that a new venture will generate profits even at the early stages of its life. Indeed, for every new enterprise that succeeds, even if for a very short time, there are hundreds of thousands of stories of failure — the many dreams that die at birth, or are stillborn. This side of capitalism is not shining enough to catch the attention of the peddlers of dreams. Yet, it is an integral part of the story of entrepreneurship.

Economics textbooks broadly classify entrepreneurs as those who are capable of taking risks. Here capability implies some unique characteristic inherent in the persona of an individual like a gambler taking risks. Those who do not have the uniqueness or the love for gambling prefer to accept a fixed income as a reward for their efforts — they earn wages. It is a neat classification. The characteristic of risk-taking behaviour is often calibrated on a continuum — some being a little more or little less risk-loving. One’s earnings are a function of the risk-taking ability of the individual. The implication for jobs and livelihood choices is straightforward: the risk-takers choose to become entrepreneurs and the others become wage-earners. However, when we look towards the bottom of the economic pyramid, we see millions of people who are poor and, yet, take extraordinary risks to earn a living. From the marginal farmer to the street vendor, from the tiny shopkeeper to the rickshaw-puller, from the fisherman with his dinghy to the petty thief — all are entrepreneurs in their own ways. None of them chose their livelihoods because of their unique ability to take risks. Life offered them little else. Similarly, most poor wage-earners have no job-security. Their livelihoods can disappear in a moment’s uncertainty.

In the early decades of India’s Independence, the hype about entrepreneurship was missing. Entrepreneurs would either become businessmen or would be compelled to live as tiny entrepreneurs whose lives would be stories of uncertainties and hardship. The others who were lucky enough to get access to higher education could aspire for a relatively high-paying job in government, in business or in academics. The residue with little education would land in the rickety lower rungs of the employment ladder with low wages.

Two inter-related things have occurred in the recent past. The first is the astonishing growth of new technologies. The other is the shrinking space for high-paid jobs that could be accessed by people with higher education. To address the shrinking number of jobs for the middle class, entrepreneurship is being offered as a ‘new’ alternative to the dreary job market with grumpy bosses. Being one’s own master is attractive. The very new technologies that push so many people out of the workplace simultaneously offer a fertile field for bright minds to mine out profitable business models to build and nurture. The fundamental problem of failure remains though. More and more people are pushed into becoming entrepreneurs or land up in unstable, uncertain, low-paying jobs. Recently, unemployment had increased to a 45-year high, according to a National Statistical Office report. The pandemic has made the situation far worse. Not only have jobs disappeared but many micro and small business also had to shut down. New technology promises to make many more jobs disappear forever in the near future. New opportunities are a tiny fraction of jobs lost.

The seductive stories of entrepreneurial success are actually façades that hide the unpleasant underbelly of the labour markets. The million stories of failures are well-hidden. There is no alternative to risk-taking for most people eking out a precarious livelihood. Many more, especially the new entrants into the labour market with no skills or education, become foot soldiers of a political party or join a criminal gang as a last resort. In these activities, the expected returns are high as are the risks involved in surviving violent battles. These two sets of activities constitute two major forms of redistribution in an unequal society as an alternative to progressive income tax. It offers a fragile social equilibrium. Big politicians and big businessmen find comfort in the control they buy from this larger social milieu. Crime, business and politics form an uneasy coalition. A smart, tech-savvy youngster who rises to rule an industry is a rather rare exception. Real entrepreneurship is about the struggle to survive one back-breaking day at a time.