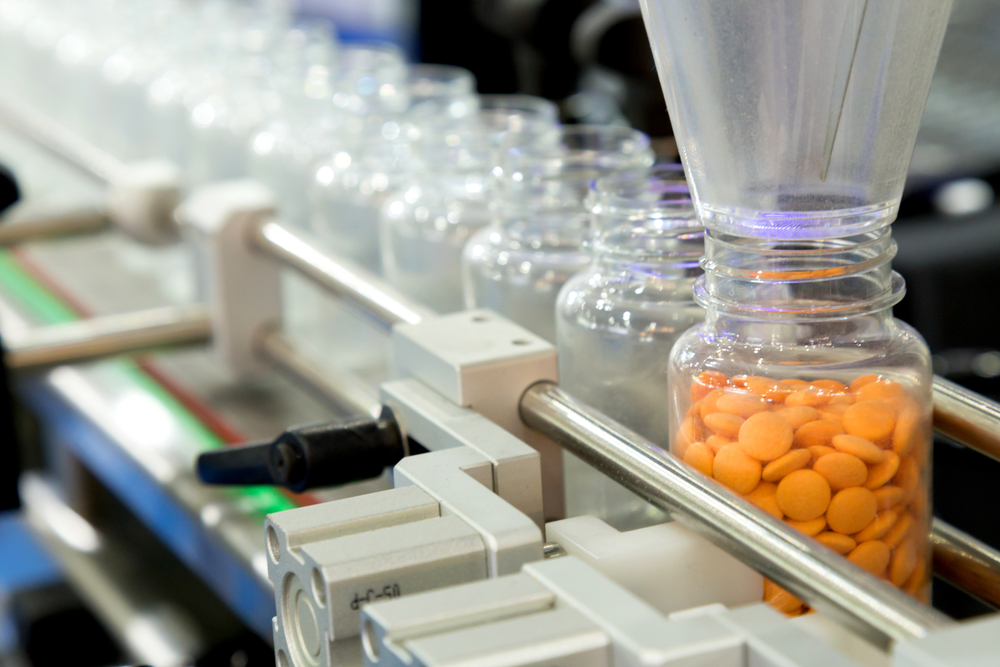 India’s leading drug manufacturers were at the heart of a maze of global deception in generic drugs, according to Katherine Eban, author of 'Bottle of Lies'
(Shutterstock)
Sevanti Ninan   |     |   Published 31.07.19, 04:03 AM

The average consumer of medication in this country does not lose much sleep over drug quality or how drug regulators are doing their job. A new book out in the United States and now available here could change some of that.

Katherine Eban’s Bottle of Lies is a racy account of the functioning of an increasingly ethics-immune drug industry whose actions have life and death consequences. While it excels in storytelling, colourfully reconstructing sequences where its dramatis personae confront skullduggery by leading drug manufacturers, there is reams of solid investigation at its core.

It is written primarily for drug consumers in the United States who are driven by the exorbitant costs of health care in their own country to use generic drugs manufactured in India and China. But the Indian companies it names---Ranbaxy, Wockhardt Ltd, Dr Reddy’s, RPG Lifesciences ---manufacture for the India market as well. The hair-raising practices at their manufacturing plants have not been the subject of much investigative journalism here, though.

This investigation into poor quality generics was triggered by a mystery American doctors could not solve. One of them contacted Eban who had been reporting on the drug industry. It led her to uncover what she calls a maze of global deception in generic drugs with India’s leading drug manufacturers at the heart of it. The book is about how “one of the world’s greatest public health innovations became a swindle.”

It is a riveting saga that covers the entire sweep of events arising out of the challenge of stemming the AIDS epidemic in the African continent. All of it unspools here. The role Indian companies played from the 1990s onwards in the pioneering of low cost generics first for Africa and then for the US, the challenge these posed to what the author calls Big Pharma, the subsequent succumbing to greed which made the later Indian manufacturers (not pioneer Cipla) unscrupulous, the tortuous chase by the US regulator.

American reporters can summon a lot of drama and colour to humanise even a highly technical tale of formulations and patents, of pharmaceutical malfeasance, regulatory processes, and corporate legal battles. Much of the story revolves around Ranbaxy, the generic drug maker whose practices led an employee to quit his job and turn whistleblower. He wrote to the FDA in 2005. As of 2010 the regulator had still not acted against the firm, hamstrung by its own internal processes.

Katherine Eban weaves her tale around the personal saga of the Ranbaxy whistleblower Dinesh Thakur, but its larger sweep covers Big Pharma here and in the US, as well as generic drug producers around the globe, including China.

The book says generics make up 90 per cent of current US drug supplies and describes how they are manufactured at plants around the globe. Many vivid paras offer a guided tour of what you might expect to find in vats making sterile drugs at Ranbaxy or Wockhardt plants in India. So who will protect drug consumers from contaminated processes? Not the regulators, it seems. Apart from contamination there is also fraudulent testing of drugs, as an FDA inspector finds in plants across companies—Ranbaxy, Wockhardt, RPG Lifesciences.

And then there is the reliability of patient testing. A WHO inspection in South Africa uncovered the fraudulent testing process that Ranbaxy has put in place for AIDS patients being administered its ARV drugs.

Indian companies also make active ingredients for drug manufacturers in other countries. Fresenius Kabi, a German drug company imported active ingredients for its injectable cancer drugs from a plant it had in Kalyani in West Bengal. An FDA inspection here found that drug testing settings were being manipulated to get the desired results.

It turns out that drug regulation is a scandal everywhere, in the US, in India, and in China. This is a clear-eyed telling of how the US regulator functions. The Food and Drugs Administration is considered exemplary around the world, but the FDA you encounter here is a rather different animal. Unable to move on wrongdoing it can clearly see, hamstrung by its own procedures and by political pressure, and overwhelmed by the rapid surge in manufacturing plants abroad that it must inspect.

Whistleblowers write to the FDA from Ranbaxy (two different people), from the firm called Mylan which had India operations, and from GVK Biosciences about shenanigans in the drug companies they work for, but the FDA responds at a glacial pace.

American patients implicitly trust the FDA to ensure the high quality of their drugs, the author says. But as generics made in distant countries begin to constitute 90 per cent of the drugs bought by Americans, the FDA ‘s inspection methods designed for manufacturing plants in the US, totally fail. It averages a rate of one inspection per overseas plant every 11 years.

A drug inspector’s visit is supposed to be unannounced, but it can’t be when an FDA employee is tasked with inspecting a factory in Mohali, or Chikalthana, or Dewas or Waluj in India, or Dalian or Changzhou in China. Drug manufacturers get weeks of notice to clean up their act. And of course, they helpfully organise the inspector’s visit and play host. There is a brief mention of regulatory tourism. An inspector takes along a wife or partner on an inspection and hotel rooms get miraculously upgraded, shopping trips and junkets to the Taj Mahal get organised.

In June 2006 after their inspection the FDA wrote to the plant listing the serious deficiencies it had found and saying it would not entertain any new applications for production at that plant until the company demonstrated corrections. But this action did not stop all the Ranbaxy drugs already on the market, and those that already had been approved, or drug applications submitted from the company’s other sites!

That included manufacturing of its most important and lucrative drug for the US market, which was happening in India at that time.

One part of the FDA issued warnings, another division kept approving drug applications from the company no matter what. Because if quality control was one of its briefs, another was to approve more generic drug applications, reduce drug shortages and show the numbers to Congress.

The FDA regulator’s job was restricted to focusing on drugs meant for the US market and protecting consumers there. No regulator was looking at drugs meant for developing markets such as African countries. But these were coming from India and China and patients were dying because the drugs had no efficacy. It was quality of HIV drugs bound for Africa from Indian plants that had troubled the Ranbaxy whistleblower the most.

Drugs headed for least regulated markets such as Africa, Eastern Europe, Asia and South American were of much worse quality than those seeking to be sold to American generic consumers.

Where does the Indian regulator, the Central Drugs Standard Control Organization (CDSCO) fit into the overall scenario? It merits less than two damning pages in this 480-page book. Eban writes that drugs that had been banned the world over were approved by CDSCO for Indian consumers after experts in different parts of the country submitted identically worded evaluations apparently drafted by drug companies. And she quotes from her own interview with India’s top regulatory official where he tells her that his agency always gave drug companies “a chance to improve”. She also quotes from an interview given to an Indian business newspaper where he says that if he had to follow US standards in inspecting facilities supplying to the Indian market, he would have to shut them down.

As for China whose heparin exports are shown to have killed US patients, Chinese regulators let dirty manufacturing tanks for heparin escape their scrutiny. The book says a loophole in Chinese regulations allow certain pharmaceutical plants to register as chemical plants, thus subjecting them to far less oversight.

The story is entirely about the corrupted generics universe, and anecdotes that pepper the book throughout suggest that brand name US drugs shine in comparison. If there have been scandals there, they do not figure here.

Did the FDA ever prosecute any foreign manufacturer successfully for their malpractices?

The Ranbaxy saga has an incredibly ironic ending in this book. After all the negative reports on their plants from its own investigators, the FDA approves Ranbaxy’s application to make the active ingredient Atorvastatin, used in drugs for cholesterol, in 2011, so that the company would eventually have to means to pay the fine that would result from the legal process against it. In 2013 an US court decreed a fine of $500 million to be paid by the company, by then in Japanese hands.

I will levy a fine, the US system seemed to be saying, and let you continue to make fraudulent drugs.

Sevanti Ninan is a journalist and researcher, and was founder editor of `theHoot.org`. (Disclosure: She is on the advisory board of the Thakur Foundation in India.)