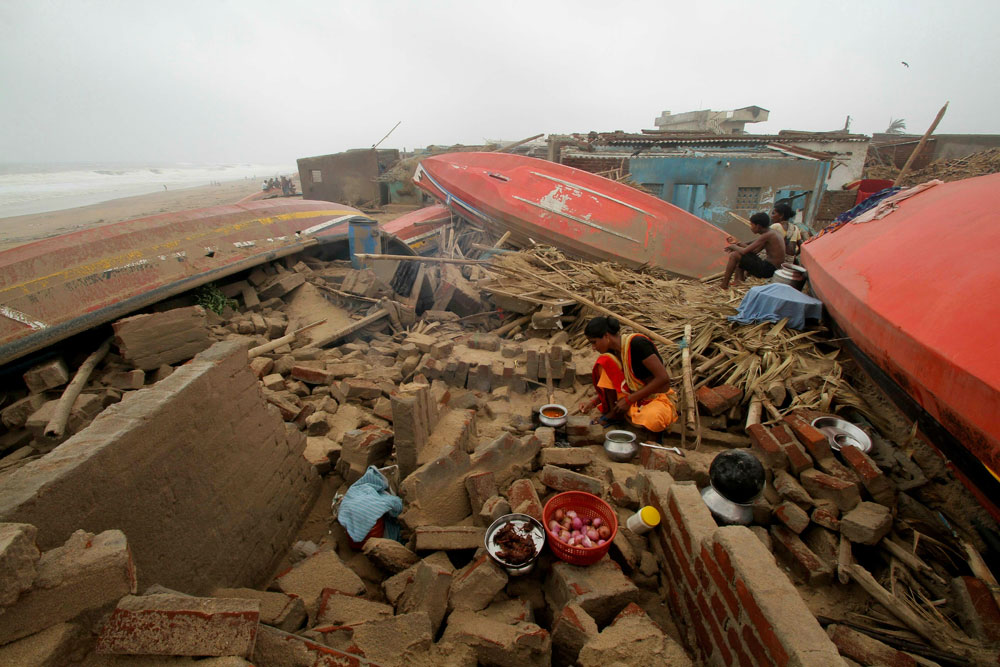 Sir — Cyclone Fani wreaked havoc in several cities and districts of Odisha, especially in Puri, leaving people dead and bringing down power and communication links (“Town cut off as power and phone links snap”, May 4). Had the state government not started preparing well in time for the impending situation, the damage might have been more extensive.

The cyclone was expected to cause severe damage in West Bengal too, including Calcutta. But it bypassed the city; moreover, precautionary measures had been taken on account of the warnings issued by the India Meteorological Department. The respective state governments should provide adequate support to the families of those who lost their lives.

Sir — The cyclonic storm, Fani, which struck Odisha last week, reminded one of the 1999 cyclone that left the state in tatters. During those days, technology was not strong enough to minutely track the progress of the storm; as a result, Odisha was largely unprepared to tackle the situation.

This time, however, the Odisha government took note of the predictions by the IMD and made preparations to deal with the storm. The dispensation deserves to be praised for the way it managed to shift over one million people to temporary shelters. On account of this, the number of casualties could be contained. However, damage to property and infrastructure could not be avoided.

Now the government has a bigger challenge ahead: bringing the state back to normalcy. The Central government should provide all the help it can to Odisha in such a time of crisis.

Sir — Cyclone Fani was powerful; it left behind a trail of destruction. The wind speed, which went up to 200 kilometres per hour, had the potential to cause serious damage to life and property. Although the latter was damaged to a great extent, the loss of lives was significantly low. The warnings from the IMD enabled the National Disaster Response Force and other agencies of the government to handle the situation efficiently.

The Centre, state governments and the media played a major role in making people aware of the IMD’s predictions. More important, people responded in an orderly fashion to the warnings issued. The authorities need to be appreciated for taking prompt action. One hopes that they will show such promptness in dealing with future calamities as well. 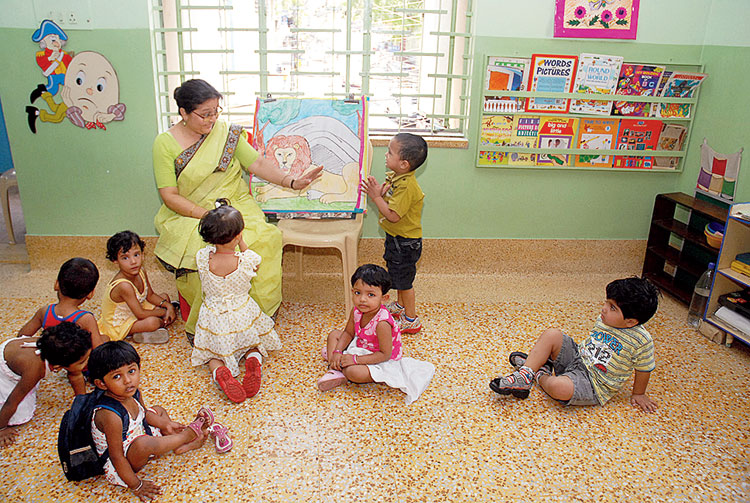 With schools lowering the age limit for admitting children, preschools are compelled to prepare toddlers for high school in a short span of time
Telegraph file picture

Sir — Innovations in teaching methods are welcome, but not at the cost of a child’s creativity. With high schools lowering the age limit for admitting children to the pre-primary section, preschools in the city are being compelled to prepare toddlers for high school within a short span of time. This might prepare children for the admission test they have to pass for getting into a high school. But will it prepare them for future endeavours and hone their thinking? Critical thinking is a major part of education, and it cannot be achieved by rote learning. Will parents ever understand that education is not about forcing their children to be part of the rat race?

Sir — The Election Commission’s decision to clear the prime minister, Narendra Modi, of electoral impropriety for his ‘minority-majority’ speech at Wardha,

and his appeal to first-time voters to dedicate their votes to the jawans slain in the Pulwama attack and the soldiers who carried out the Balakot air strike, is a blow to the institution’s credibility (“Clear lines”, May 3). The independent institution is tasked with ensuring the free and fair nature of polls. When T.N. Seshan was the chief election commissioner, the institution was looked up to for its neutrality and efficiency.

After the Supreme Court rebuked the EC for failing to use its powers against political leaders who violate the model code of conduct, the commission has taken action against leaders like Mayavati, Maneka Gandhi, Yogi Adityanath and others. But

it failed to do the same against Modi and the Bharatiya Janata Party chief, Amit Shah. Is this not rather strange? In such a scenario, the position of the current chief election commissioner warrants scrutiny.

Sir — T.N. Seshan is still remembered with high regard for the fearlessness and impartiality with which he conducted elections. But now the circumstances have changed; leaders of the ruling party are brazenly violating the model code of conduct, with no fear of retribution, whereas Opposition leaders are being summoned for their actions.

Why is the present chief election commissioner refraining from carrying out his duties impartially? Would it not be humiliating to be viewed, by citizens and the courts, as an individual who shirks his responsibilities towards the nation?