Muslims find themselves on the margins on economic, social and political fronts 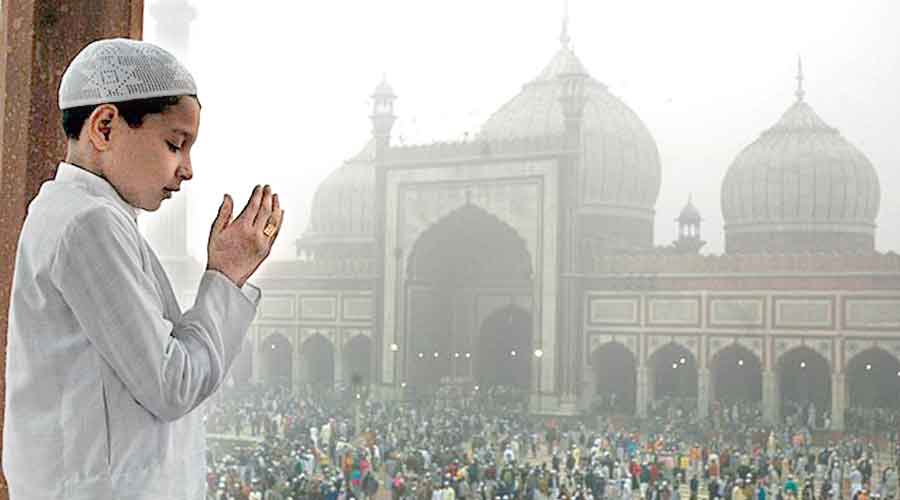 Maulana Azad had spoken of Indian Muslims living in hopelessness and fear during his address at the Cabinet Mission delegation in 1946. Today, India’s minorities find themselves in a similar situation.

Representation of Muslims in Lok Sabha has ranged between 2-7%, with the general elections of 1980 and 1984 being exceptions. Post-Partition, the community had put its faith in the Congress until the 1980s but it began to look for alternatives in regional parties that were in ascendancy in the late-1990s. This resulted in the dispersion of the Muslim vote bank and the fragmented community lost its bargaining power due to lack of representation.

The Bharatiya Janata Party’s accession to power in 2014 redefined the lives of Indian Muslims.  In recent times,  the  hijab  row in Karnataka, polarisation of opinion in pursuance of electoral benefits, violent clashes in Madhya Pradesh, Rajasthan, Gujarat, West Bengal and Jharkhand, and the culture of hate and xenophobia directed at Muslims testify that the community is dispensable for India’s political masters. Even the Aam Aadmi Party, which won each of the Muslim-dominated seats in Delhi in 2020, has disappointed the community in its response to the riots in Northeast Delhi, the Shaheen Bagh protest, or on the Citizenship (Amendment) Act and the National Register of Citizens. The strategy of remaining silent on the concerns of the minorities is not restricted to Delhi’s AAP-led government: it has infiltrated the entire political spectrum. Kamal Nath in Madhya Pradesh, Nitish Kumar in Bihar, Ashok Gehlot in Rajasthan, Hemant Soren in Jharkhand and Akhilesh Yadav in Uttar Pradesh pursue this policy.

Muslims are facing not only a crisis of representation but also find themselves on the margins on economic, social and political fronts.

The volatile political situation has confronted Indian Muslims with important questions. Should the community reflect on newer political alternatives? Or should it start living according to the will of the majority?

The  All India Majlis-eIttehadul Muslimeen  has significant influence in Hyderabad but not much beyond it. Despite its active role in rallying around Muslim concerns and its endorsement of a constitutionally-backed, rights-based approach, it has failed to capture the sentiment of the entire community electorally. There are many reasons for this. The AIMIM has failed to project itself as an outfit that can outmanoeuvre the BJP.

Many Muslims also perceive the party to be just as rightwing as the BJP. India had witnessed communal clashes under the Congress too. But the frequency and intensity of these assaults on the community have magnified under Narendra Modi’s government. These relentless attacks have pushed the community to think whether Muslims ought to negotiate with the BJP to safeguard the interests of the community in lieu of electoral support.

The powerful image of Brinda Karat confronting the dreaded bulldozer has become the talk of Muslim ‘ghettos’. Left parties have been at the forefront of public movements. Given the economic and social marginalisation of Muslims, could the community benefit from the Left’s attention towards class politics?

Indian Muslims have lost their political voice. More than the attacks by communal parties, the concern lies with the complicity of the ‘secular’ constituency in the creation of polarised vote banks and in harvesting Muslim antipathy in society. We can add to this list civil society organisations and the liberal fraternity that stand by and do nothing. Till the time the community fails to carve out its own political narrative, it would have to rely on narratives borrowed from others.

It is essential for the community to look within cutting across its sub-sects. Should not Indian Muslims come together to create a common platform for a dialogue for the future and to attain bargaining power for safeguarding their lives and rights as equal citizens?