Advertisement
Home / Opinion / Sports and nationalism are joined at the hip

Sports and nationalism are joined at the hip 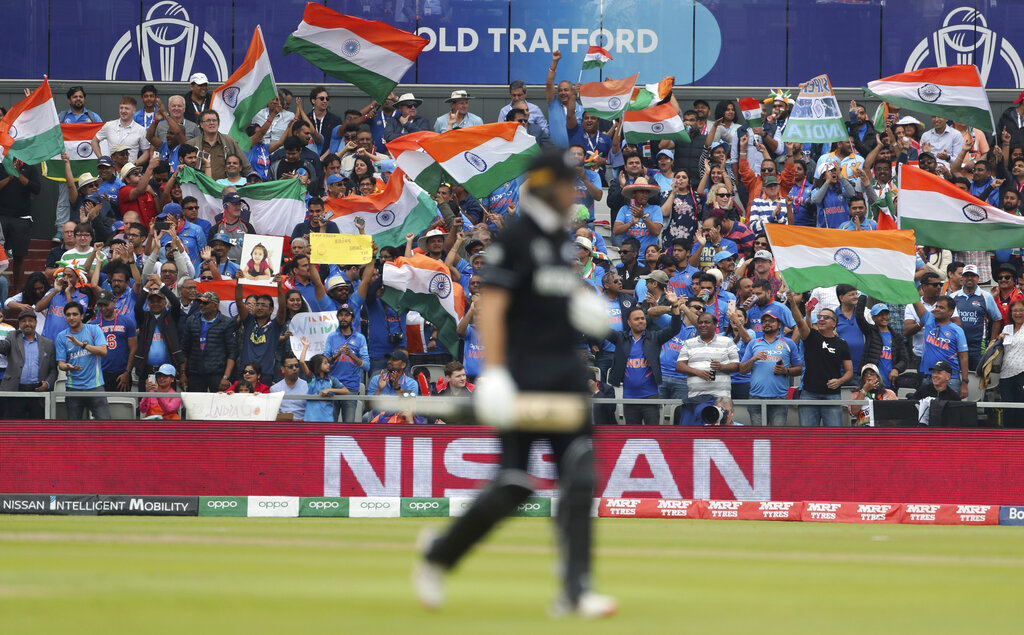 Liberals tend to deplore perfervid nationalism in sport in a hand-wringing way, looking past the fact that many sports are mortgaged to nationalism for their needle and their audience. Latin American countries have famously gone to war over football matches. In the current cricket World Cup, Afghan and Pakistani fans came to blows when the two teams met in the round-robin stage of the tournament. International cricket is driven by nationalism; Indian fans who dominated World Cup grounds each time India played were there in their capacity as Indians first and cricketing spectators a long way afterwards. Like cricket, hockey in India was driven by nationalist feeling; when Indian teams stopped winning Olympic gold medals, hockey’s national audience abandoned it in favour of cricket because ‘India’ had just won the 1983 World Cup.

It isn’t just fans; states are very invested in using sport for the greater glory of the nation. Hitler used the Berlin Olympics of 1936 to showcase Nazi nationalism. German Jewish athletes were prevented from participating and the fact that the host country won more medals than any other country made the 1936 Games a triumph for the resurgent Nazi nation. Hitler’s twinning of national pride and Olympic achievement was imitated by many countries subsequently. During the Cold War, countries like the German Democratic Republic made the Olympics a proving ground for the virtues of Eastern Bloc socialism. Similarly, China’s remarkable Olympic success in recent times is the result of an organized bid to raise China’s profile as a great sporting nation. In Castro’s Cuba, the small island’s extraordinary success in boxing, athletics, wrestling and volleyball was an advertisement for the Cuban nation state.

For apartheid South Africa, success in international sport was both a way of raising white supremacist morale and strengthening its ties with the Western nations that it saw as its national peers. Even a game as cerebral and individual as chess became a stand-off between the US and the USSR when Boris Spassky and Bobby Fischer sat across a board to play for the title in Reykjavik. Test cricket has been used as a touchstone for nationalism. In 1990, Norman Tebbit, then a cabinet minister, invented the Tebbit Test which demanded of immigrants to Britain that they prove their loyalties as citizens by clapping for England in cricket matches and not their countries of origin. Always ready to learn from their colonial masters, vigilante majoritarians apply the Tebbit test with malevolent enthusiasm to Muslims suspected of extraterritorial loyalty to Pakistan.

It isn’t just fans and states, players too are keen on gilding their nationalist credentials. Imran Khan parlayed a great cricketing career and a World Cup triumph into the prime ministership of Pakistan. Closer home, Rajyavardhan Singh Rathore, Gautam Gambhir, Chetan Chauhan have found synergies between representing the nation at sport and nationalist politics. More recently, we have seen the Indian cricket team wear army fatigue caps in solidarity with the Indian army. At the start of this World Cup, the International Cricket Council forced M.S. Dhoni to remove military-style insignia from his gloves because its regulations forbade such embellishment. Dhoni, an honorary lieutenant colonel with the Territorial Army, is taken with the idea that India’s cricketers fight for the honour of their nation much as soldiers do and sees no reason why men in sporting uniform oughtn’t pay homage to men in military uniform who give their lives for the nation.

The nation is so hegemonic in certain kinds of sport that even formally neutral commentators, meant to be impartial analysts of the game, are frequently cheerleaders. This is not new, nor is this confined to India. Bill Lawry, Iftikhar Ahmed, Don Mosey patriotically flew the flag for Australia, Pakistan and England, respectively. You can see this nationalism at work in the explicit partisanship of Indian commentators on television, where the ‘we’ is used without self-consciousness. You can see it mutate into a hectoring chauvinism when Dhoni retweets Amitabh Bachchan’s accusation that even-handed commentators (like Harsha Bhogle) are insufficiently patriotic when they appreciate the performances of opposing players. It is hard, however, to be persuasively indignant about this because the idea of a representative cricket team is closely bound up with the very idea of India itself. Cricket Country, Prashant Kidambi’s excellent book on the first ‘all-India’ team to tour England, goes a long way towards showing how the idea of representing British India, a colonial empire, in cricket helped consolidate the idea of the Indian nation. Cricket and nationalism are joined at the hip.

The idea that there is a way of being nationalist that is both civil and patriotic is attractive, but it seems little more than a good intention in a world where social media has made knockabout patriotism a spectator sport. In a media environment where everything — from the movies to television news to politics — is driven by competitive nationalism, it’s unlikely that India’s cricket fans or Chinese apparatchiks are going to stop seeing sport as a vehicle for national glory and self-esteem.

But luckily for the beleaguered progressive, the relationship among sports persons, the associations that organize sport, the spectators who give sport its audiences and the corporations who profit by it, is neither constituted by nationalism not exhausted by it.

First, it’s useful to remember that not all sports have the same relationship with nationalism though no sport is immune to it. Watching Roger Federer play Rafael Nadal at Wimbledon is a sporting experience that is sublime, where neither partisanship nor appreciation depends on nationalist affiliation. This is not to argue that individual sports (as opposed to team sports) are immune to hectoring chauvinism. I’m sure there are Swiss patriots who die a thousand nationalist deaths each time Federer loses, but in the larger scheme of things, they don’t matter. Federer is adored because he represents some fantasy of classical perfection. He could play Andy Murray in the final at Wimbledon and have most of Centre Court on his side. I know when Federer has won a point even if I’m in the next room because the sound of the courtside roar is different.

Watching Federer is like watching Tiger Woods light up a tournament. The throngs that follow him around the course, the millions more who look up the leader board on television only to find his name, are proof positive of how sporting genius can make national identity irrelevant.

Moreover, while the sports-industrial complex — sports associations, broadcasters, corporate sponsors and media houses — is perfectly happy to piggyback on nationalism to sell products, deals and grab eyeballs, the commercialization of sport cuts both ways. In the lead up to the 2007 World Cup, for example, PepsiCo came up with the ingenious slogan, ‘Blue Billion’, which joined the blue of the Indian team’s uniform with India’s billion-strong population and Pepsi’s corporate colours to create a nimble example of multi-national nationalism.

But on the other hand, it was corporate sponsorship that created the Indian Premier League, the most explicitly cosmopolitan professional league in the history of cricket. This is a form of cricket that threatens to supplant international cricket because the money that it offers cricketers is so much more than what they make while playing for their countries. Some of them, Chris Gayle being the most famous example, have decided to commit themselves to Twenty20 over Test cricket.

Aficionados of Test cricket have to reckon with the uncomfortable fact that it is their preferred form of cricket that is fuelled by nationalism, whereas the shortest form of the game, often derided as showbiz rather than sport, is the form that is transforming cricket into a professional sport where skilled cricketers freed from national structures become travelling mercenaries, selling their services to the highest bidder. One of the nicer things about the current World Cup has been the familiarity among players from different countries because so many of them have been team mates in the IPL.

This is, of course, what league sport has done for more than a century via the sporting franchises created in North America or via Europe’s football leagues where global capital transformed clubs from local working men’s clubs into international brands. This is not to argue that worshipping at the altar of Manchester City, the plaything for a Gulf despot, is better than honking for Team India. It is only to point out that there is no single historical arc that will necessarily end in nationalist trolls taking over sport at every level. There is a countervailing tendency, namely the trans-national fluidity of capital in a time of liberalization, that actively subverts national solidarities. In football, for example, it is clear that the default form of the game as far as fans and players are concerned is club football with national competition getting an occasional look in when a World Cup rolls round. Whether this is a good thing is a separate matter, but when liberals denounce chauvinism in sport, it’s worth remembering that there’s a force larger than the nation state remaking competitive sport in its image.

Camouflage caps on the cricket pitch