Crawling City: Editorial on the increasing density of traffic

Calcutta witnessed an exponential rise in the sale of cars and two-wheelers, especially during the pandemic, owing to concerns raised over sharing modes of transportation 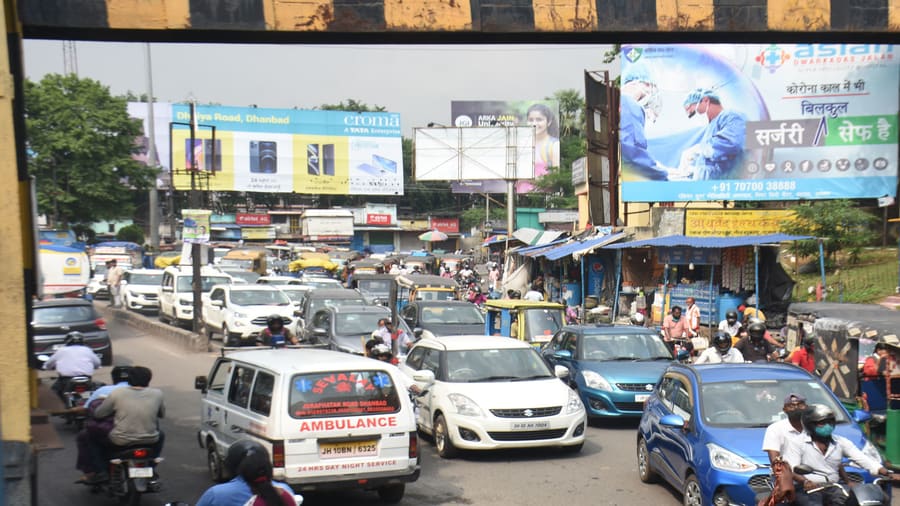 Metropolitan spaces are synonymous with monstrous traffic. The all-too-common causes of the horror are decreasing road space — the result of encroachment — as well as the prioritisation of private vehicles over mass transit systems. Calcutta is a case in point. A recent news report has brought to light the city’s ascendant car density — a nightmare for commuters. Data suggest that there are a staggering number of 432 cars plying on each kilometre of the city’s roads. This is disconcerting. While Calcutta has fared better than Mumbai — the most car-congested city in the country — which has a vehicular density of around 600, its situation is worse compared to other metropolises. That is not the only challenge. Calcutta has just about 1,850 kilometres of roads, which is much lower than those in Delhi, Mumbai and Bangalore. Making matters worse is the rise in private transport. Calcutta witnessed an exponential rise in the sale of cars and two-wheelers, especially during the pandemic, owing to concerns raised over sharing modes of transportation. More than 78,000 cars were added to the city’s current fleet of 8 lakh vehicles in the past two years. The jump in the number of private vehicles, unfortunately, has not been in tandem with a cumulative increase in road space — the principal cause of traffic snarls. Half-hearted attempts to tackle encroachment and elevated corridors dedicated principally for smaller vehicles have made the crisis worse.

The consequences of the resultant vehicular congestion are two-fold. First, there is considerable loss of man-hours that results in low economic productivity. A 2016 study conducted by Calcutta University found that the cumulative cost of traffic jams was nearly Rs 3 crore. The environment and public health are other victims of this spectre. Interventions need to be planned along multiple fronts. Old, polluting vehicles should make way for a newer, environment-friendly fleet. Measures must be also taken to reduce encroachment as well as parking spaces on roads. Commuters should also be encouraged to avail of public transportation to reduce the number of cars on a given day. Several cities have been experimenting with ways to reduce the burden of vehicular traffic. The city fathers must be aware of the breakthroughs — national and otherwise — in urban planning in this context.