The association between masks and identity runs deep 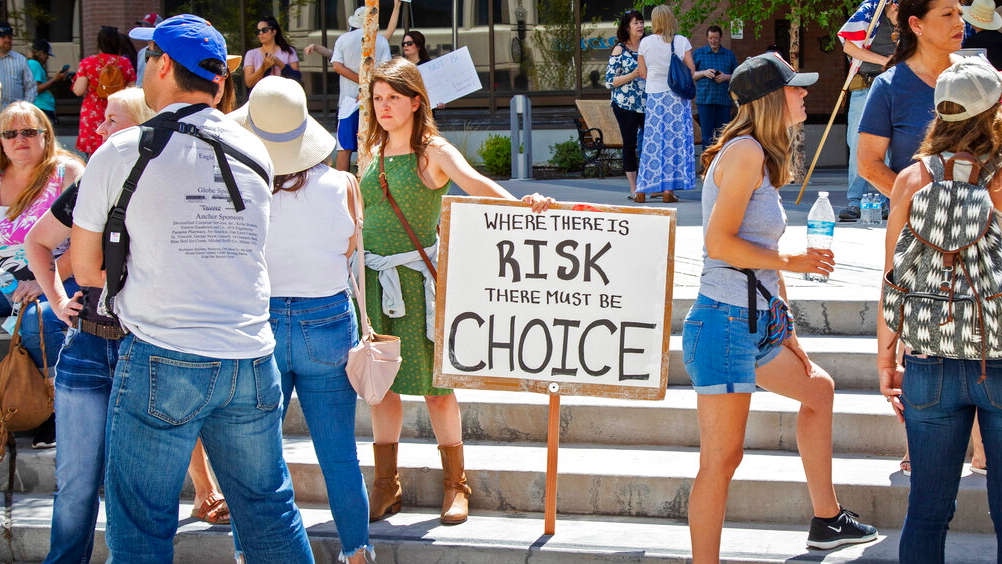 The most amazing thing, the wise hero of the epic had said, is that creatures die every day, yet all wish to live forever. Going a step further, he might have said that they believe, too, that the inevitable shall pass them by. But for that he would have had to observe some localities where groups of people, chatting, drinking tea from tiny plastic cups as they exchange notes about the ‘corona’ ambulances they heard passing the night before, shopping as chattily from roadside stalls and carts, spending a jolly evening in nooks and darkened parks poring over smartphones, sipping from a common bottle or passing round a very strong-smelling cigarette, have either no mask on at all or one tucked in fashionably beneath the chin. This is a peri-urban scene that many people witness and discuss; there may be other sights elsewhere that I am not competent to describe. I cannot, like the others who talk to me under the present confining circumstances, witness or hear of very much.

Human nature is enigmatic. Especially in that region of the wise epic hero’s land that he is said never to have trod. When there is no dearth of information on different media — accessible to all — about the need to be on guard against the quicksilver movement of an infection that has still not entirely spared scientists and attending doctors from groping for light, what is it that calls for the casual smartness of the maskless look? It is not a carefully argued defiance of ceaseless government requests and public information campaigns — as in some regions of the world — but a habitual disobedience of government and municipal laws and directives that, for example, impels the refusal to wear helmets on two-wheelers. That is a more urgent and obvious life-and-death matter than the possible, invisible, maybe even arbitrary, assault of an infection that may or may not turn out to be lethal.

Yet it is not entirely credible that habit alone accounts for the disparagement of mask-wearing. There is, occasionally, misunderstanding, whether genuine or wishful it is difficult to say. Now it is unlock time, I overhear, the mask rule is gone. Can this be a general belief in spite of the information and instruction blitz? Not any more, I should think, not with the numbers being headlined every single day. The refusal to wear a mask in public, when the company is in no mood, or state, to maintain a six-foot distance and when the interaction can go on for hours, is perhaps a display of a confidence about immortality that our epic hero found to be the greatest marvel. The flipside of that is a timid whistling in the dark, and the need to cover up the timidity with a show of strongman — irrespective of gender — heroics. Or do people just not feel themselves with masks on? The psychology behind masklessness in a mixed-up society as ours is not simple, but do we have the luxury to indulge these delicate complexities?

Public health authorities and experts on the infection the world over are urging people to wear masks in public places as one of the defences against transmission. Initially, it was believed that wearing a mask would protect others in case the wearer was an unknowing carrier. But with experience of the spread, the mask has emerged as protection both for wearer and interlocutor. Yet in countries where education is not as unevenly spread or of unequal standards as in India, the wearing of the mask has become the crux of popular protests that acquire a strong political colouring. Donald Trump made a point of being almost contemptuous of mask-wearing till just last week. He even suggested earlier that wearing a mask was a statement against him and laughed at Joe Biden for wearing it in public. Although the American president has now condescended to be seen with a mask on, he has vowed not to make mask-wearing a national mandate, for people should have a “certain freedom”. It is clear that the president shares his idea of freedom with numerous Americans, many of whom protested stridently against their local authorities and businesses for making mask wearing compulsory. The objections referred to the curbing of individual freedom, the closing down of god’s gift of breathing, the growing dictatorship of governmental authorities, erosion of constitutional rights, and so on. It is ironical that in a government with a very different ideology, Jair Bolsonaro, the president of the country, went as far as to join, maskless, a people’s protest against a mandate for mask-wearing by local authorities and Brazil’s Supreme Court as late into the pandemic as June. Other countries in the West have had their protests too, and are modulating their mandates on the basis of need.

The growing numbers of infections and resultant tragedies in the United States of America and Brazil have forced some changes; their presidents have been proved dangerously wrong. Even the Republican governor of Georgia, Brian Kemp, who had earlier called for legal action against the mayor of Atlanta for making mask-wearing compulsory, has now asked that people wear them for the next month. If it can be granted that the presidents of the US and Brazil, as earlier the British prime minister, had political motives to play down the seriousness of the pandemic — it does not make them good leaders who think of their people’s welfare but that is beside the point — their people’s idea of freedom remains intriguing. It is far more articulately argued than the off-the-cuff non-reasons of our immediate experience: an assertion of individual choice that may not be deliberately indifferent to the welfare of others, but will not believe that what it chooses for the self may have any effect on anyone else. Ironically, this assertion of personhood is shared across ideologies — whether it be democratic or a quasi-military dictatorship.

There is, perhaps, something fundamental, inexpressible, in the link between masks and identity. Actors wore masks to become something or someone else, dancers put on masks when playing traditional roles, highwaymen cloaked their faces to hide their identity, bank robbers, burglars and other criminals still use them for the same reason. The erasure of identity is one of the arguments from many segments against the use of the burqa. Is the ‘freedom’ of selfhood so threatened by the direction to wear a mask during a pandemic that people grow reckless about not just others’ safety but their own too? The issue of an imposed restraint cannot be ignored either. When seatbelts in cars became mandatory in the US, there was great resistance to what was seen as an infringement of personal liberty. Today, no one denies that seatbelts save lives.

Popular psychologies are certainly far more complicated than this mask story suggests. But what is painfully clear is the apparent hostility or indifference to scientific findings irrespective of ideology or education. Is it the identification of science with authority that causes this? But issues of public health have no other route. History, however, carries on in spite of us. Perhaps masks will become as routine as seatbelts.

We can only hope there will be no such need.