A bumpy ride ahead

Coronanomics is difficult to pin down 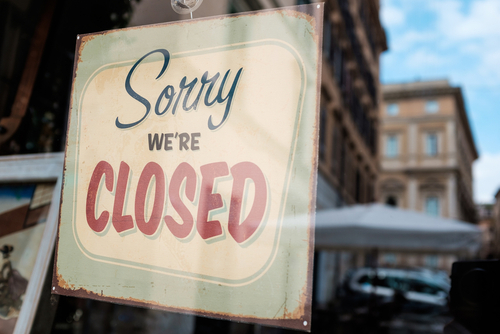 As speculated last month, the parallel run of Covid-19 and economic reopening could be non-linear and far more unpredictable.
Shutterstock
Renu Kohli   |   Published 21.07.20, 12:09 AM

As speculated last month, the parallel run of Covid-19 and economic reopening could be non-linear and far more unpredictable than that in a full-lockdown scenario. Economic developments since then bear this out. As India muddles through the pandemic rapids, it is clear that Covid-19 leads the economy. The higher the infection outbreaks, the more the economy falters is the clear trend discernible from more than a quarter of full and partial lockdowns, unlocking and scattered re-locking. Such wobbles have flattened last quarter’s upswing this month, causing expectations of a smooth and swift rebound upon unlocking to sober down. It is increasingly likely that the return to economic normalization will be an uneven, extended haul in a parallel run of mounting infections. The paradox is this: clarity emerges amidst increased uncertainties about supplies and demand even as other complexities arising out of the peculiarities of the corona shock become visible. How the economy evolves ahead remains up in the air, as coronanomics proves difficult to pin down.

Consider the evolution of India’s economic performance from the full-lockdown April slump. The months of May and June displayed a steady and remarkable rebound upon unlocking with most indicators suggesting economic activity roughly regained nearly three-quarters its pre-Covid or February strength. This was borne out by power and fuel demand, mobility indices of Google (workplace) and Apple (driving), Purchasing Managers Index for manufacturing and services, growth of industrial output (April-May) and exports, labour force participation rates captured by the Centre for Monitoring Indian Economy surveys, two-wheeler and tractor sales, among other indicators. Gaining momentum of GST revenue collections in May-June buttressed these trends; the daily average generation of electronic-way bills almost touched February-levels by end-June.

But in July, the pace has begun to slacken as gleaned from weekly indicators. The slowdown in consumer spending compared to June reported by producers and retailers and a matching decline in daily average GST e-way bills generated confirm that lesser volumes of goods are being transported this month. The post-unlocking recovery appears to be levelling off.

Such an early slip back was not anticipated. For example, predictions of GDP growth for this year (2020-21) visualized a smooth and steep (V-shaped) gradient on reopening with the underlying assumption being that output contraction will reduce each successive quarter as the reopening gathers momentum. But the slide back of business activities so soon and in response to rising infections that have led to unexpected shutdowns scattered across the country has dented these expectations. No longer is it possible to be sanguine that the current and next (Oct-Dec) quarters’ economic performance will steadily recover and turn positive in January-March 2021 as commonly predicted. Instead, growth outturns could be more insipid — the virus’s run to fresh locations, re-eruptions  and intractability in other parts, including major cities, increasingly portend a stretched and bumpy ride ahead.

At the heart of this plateauing is the spread and rise in Covid-19 infections, which have more than tripled over early June. Ascending infections elicit sporadic shutdowns that adversely affect production operations, supplies and supply chains in unlocked areas, pulling down the latter. The consequence is an understandable rise in consumers’ risk-aversion and lack of confidence, which, in turn, pulls down spending.

India is not alone in seeing its recovery sag so soon. A similar pattern has unfolded in the United States of America where the coronavirus is proving intractable to contain. The US Federal Reserve chairman recently expressed concern about the recovery levelling off. But countries that speedily controlled the pandemic have managed to pull out from contraction zones to grow positively within one quarter. China, for example, stunned the world last week by accomplishing a 3.2 per cent GDP growth in April-June, an impressive recovery from its -6.8 per cent contraction in the previous quarter (January-March) when Covid-19 was at its peak there. It is well known that China pursued very strict virus containment policies and measures, which continue with focused, selective relaxations. Vietnam, too, grew 0.36 per cent in the April-June period; this is commonly attributed to its success against the coronavirus that, according to The Economist, owes to a pushy containment strategy combined with a determined trouncing of disruptions in import supplies.

The samples of positive growth outcomes within a quarter of the pandemic’s onslaught stand out in a sea of severe output contractions elsewhere. They contribute evidence that a faster, effective suppression of the coronavirus is the path to regaining economic vigour. Despite this, however, there are also examples of countries, such as Australia and Hong Kong, that illustrate that the coronavirus is extremely difficult to stamp out. Re-eruptions have reversed the unlocking in these countries, with a new feature showing that nearly half of the infections there are untraceable. In South Korea and Japan, the source cannot be traced in new infections but the shares there are far lower, which makes it manageable. Altogether, the developments indicate that Covid-19 is insurmountable at present; it can only be restrained with constant efforts and there’s no room for complacency. Therefore, governments have to be on their toes for unforeseeable periods, remain one step ahead of infection outbreaks in order to regain economic strength and cut their losses.

There is no visible breakthrough in coronavirus’s containment in India at this point. If infection outbreaks extend longer than or beyond this quarter — this seems probable at this point given the fast spatial spread — India could be staring at a deeper downturn than imagined less than two months ago. The rating agency, ICRA, acknowledged these wobbles and revised its GDP growth predictions for 2020-21 to -9.5 per cent last week; this represents a severe scaling-down from its -5 per cent growth forecast as recently as May. It is also the first institutional forecaster to incorporate the fallback in economic recovery or, conversely, the rise in Covid-19 infections. The possibility that other analysts may follow suit cannot be ruled out. If so, the current consensus forecast of -5 per cent GDP growth this year may rearrange and converge closer to the -10 per cent region. That would represent a doubling of the anticipated contraction in GDP growth in just two months’ time — a useful measure of how uncertain and difficult it is to pinpoint the economics of a pandemic.

Looking back, when the coronavirus took hold in March, there was a lot of analysis and attempt to understand its optimal management, the economic fallout and so on. A quarter down the line, some elements have unfolded as expected; others are new or entirely unanticipated. What has endured is how uncertain is the evolution of the pandemic and with that the economic outcomes. What has changed is the bargain between health and the economy, or the lives versus livelihoods trade-off: both are now placed on even footing or accorded equal primacy. The underlining here is, of course, that there isn’t exactly a choice but to control the virus. Without that, its economics is not merely hard to understand but gets out of hand.