Covid-19: A case for transparent aid

Given that India’s recovery path from the pandemic and its mutant variants impacts the world, donors should be pushing for transparent science 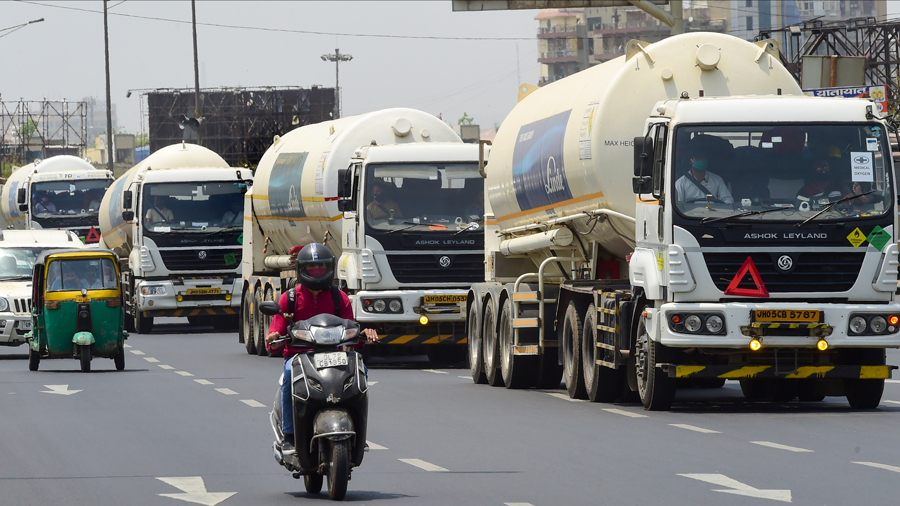 I saw three posts on social media and the internet recently. Folks at the London Business School seem to have raised a financial corpus and arranged for medical equipment; they tagged on Twitter Indian government functionaries for arranging transportation and distribution of the same back in India. I also noted that going by active and recovery ratio on covid19india.org, Gujarat, Karnataka and Uttar Pradesh continue to be in deep trouble with West Bengal catching up and Maharashtra slowly stabilizing in the second wave of the pandemic. In addition, I saw the cricketer, Jaydev Unadkat, donating 10 per cent of his salary, saying his family would get the money to appropriate sources.

There is financial and non-financial aid being raised locally and internationally for India. But they bring forth key issues concerning the distribution of aid on exigency and demand across India’s districts. One wonders if anyone is transparently maintaining a dashboard of aid flowing into India through GiveIndia, ACT grants, Ketto or Milaap as well as of the funds from large corporations like Google, Microsoft or PayPal. A second issue of concern happens to be of trust. Already, there is rising concern that money raised through the PM-Cares fund has not been utilized or is being held back for non-pandemic purposes. Can one be sure that the money flowing in is being effectively utilized?

A third issue pertains to distribution with the help of evaluation and a scientific mindset. For example, with oxygen cylinders and concentrators on their way from around the world, how is demand being modelled for the same at the household-district-time level across India? Is this being done on an ad hoc basis to stabilize the situation for districts most impacted? Government data sources are a particularly pernicious problem in this area, but some progress can be made by examining the issue retrospectively and predictively. Demand for any good is a function of the utility the good generates, which, in itself, is a function of price and non-price characteristics of the good. In this particular case, assuming zero pricing for oxygen, demand would probably be guided by the unit of observation at which it is getting formed, presumably at every household-district-time level where time in itself can be daily, weekly, monthly or quarterly. While data may not exist on past demand for oxygen based on clinical literature input on demand for oxygen given mild, moderate or severe Covid conditions, one can estimate for a household of four, how much would be the demand for oxygen if one falls sick in these three broad ranges of severity. This can be done using data, if required from outside India, using suitable assumptions.

Next, one would have to also worry about the prevalence of the disease. With sketchy and not always dynamically updated estimates on beds per average primary healthcare centre in every district available from the ministry of health, one can plug in a time varying measure of capacity utilization ranges given district-time-level R0 and, hence, the demand of oxygen if every bed is utilized going forward for all the primary healthcare centres (accounting for recoveries within 14 to 21 days). Of course one would also have to factor in here historical healthcare infrastructure by district-time, perhaps starting with doctors per capita that would have an implication for patients if they need to be hospitalized. The test positive or active/recovery ratio should give dynamic intuition on the anticipated burden of the disease in the next 12 months.

Allocating oxygen based on a framework as above — factoring in potential disease burden, health infrastructure, epidemiological ratios overlaid with standards of oxygen required for an average admitted patient from clinical literature — should then be the way forward in designing optimal algorithms for aid allocation. This should be done not just for oxygen but more generally for other non-pharmaceutical and pharmaceutical interventions like PPE kits, therapeutics and perhaps vaccines as well.

The issue is not just done with allocation though. Is that allocation effective in improving recovery ratio? Kerala has created oxygen war rooms and data here on their dashboards could be a good example to follow. Allocation algorithms should also consider trade-offs given resource constraints. For example, between oxygen cylinders and concentrators, prior literature on medical devices and health economics suggests that the latter may be more effective. Allocation algorithms need to also show agility to pivot if one district situation worsens (or becomes better) compared to a spatially proximate district going forward.

Given that India’s recovery path from the pandemic and its mutant variants impacts the world, donors should be pushing for transparent science to make their interventions more effective.