Parables for our time 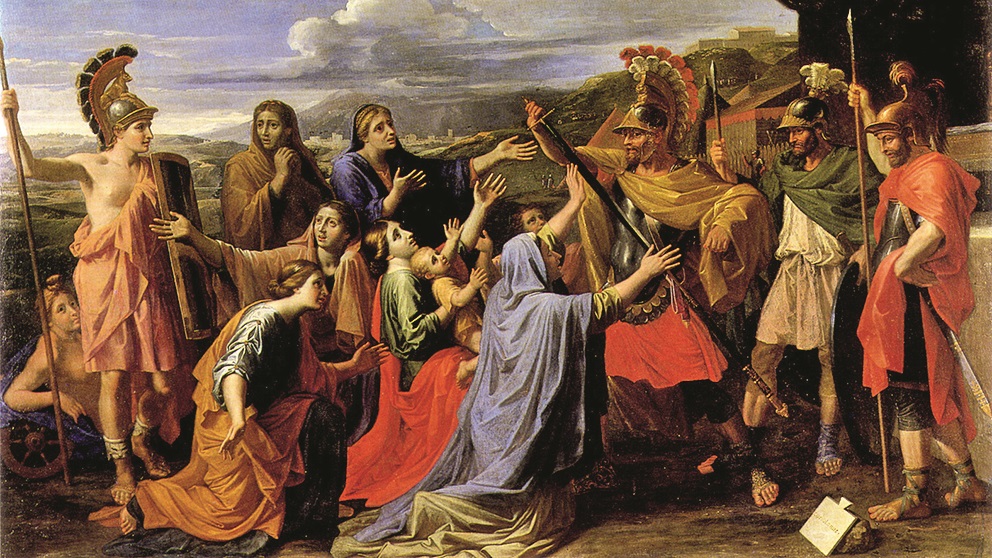 In 1608, William Hawkins arrived in Surat in his ship, Hector, and established the East India Company. That very year, in a completely unrelated development, back home in England, William Shakespeare wrote one of his last tragedies, Coriolanus. The play was based on the life of a first century Roman military commander, Caius Marcius. History tells us that he was given the title, Coriolanus, after winning a difficult battle at the Volscian city, Corioli. The city had earned its name for its wealth, its crowning glory, as the Latin for ‘crown’ was ‘corona’. The play is about the pride, prejudice and the downfall of Coriolanus. As the play opens, we see scenes of food riots, with hungry people demanding opening of the food stocks which they think were under a lockdown on the orders given by Coriolanus. He responds with contempt for the hungry crowds. What follows is a passionate debate about who is more patriotic, the corona or the crowds. Too much of hubris is the root of the tragedy of Coriolanus.

It seems that the trigger for Shakespeare to write the play was the recurrent food riots in England that had rocked the island since 1585, which was also one of the reasons why the East India Company was formed. Since then, food riots and hunger riots have occurred in many parts of the world. And every time they have had an impact on history. The Boston bread riots of the 1710s are a major turning point of American history. The potato crop failure, famine and hunger of the 1830s played havoc in Irish history. The last week of April, 1789 witnessed food riots at the St Antoine district of Paris leading to what the world remembers as the French Revolution. There have been, over the last two centuries, hunger riots in Egypt, in Argentina, in many other countries, and in our own country at Bankura, Burdwan and Birbhum.

When hungry crowds have no other option, they feel compelled to shake off controls and riots erupt. And when the pride of the crown, the corona hubris, tries to scoff at them, great human tragedies become inevitable. There are myths in many civilizations come down to us from ancient times that speak of the clash between pride and humility, the crown and the crowd. The one I like very much is related to Ganesha, probably from the Skanda Purana.

Once Kuber, the wealthiest fellow in the domain of gods, was on a visit to Shiva, the god without any possessions. Ganesha too was present there. Kuber thought that he would invite them to his city, Alakapuri, to show them its smartness and glamour. The humble father and son arrive in the city. Kuber offers them a lavish meal. Ganesha eats it, continues to eat and ask for more — and more. Till all of the food is finished. Then he starts eating everything else, plates, ladles, chandeliers and all. As his hunger is still not satisfied, he declares that he would eat Kuber himself. The terrified Kuber requests Shiva to calm down Ganesha. Shiva tells him that for Ganesha a handful of poha offered with genuine affection would be enough but no amount of a sumptuous meal, served with pride, would satisfy him.

During the 1990s, the Bengali writer, Mahasweta Devi, and I had been working together on issues related to adivasis. During those years, in the tribal region of Maharashtra, a lot of young Korkus had been dying, probably of hunger. The government committee appointed to look into this concluded that since the Korkus suffered from sickle cell disease, and since sickle cell is a genetic condition, nothing much could be done about it. We had travelled together in the affected districts. Our conclusion was that ever since the colonial government had taken away the fertile land of the tribe to construct a railway line, and their forests were chopped off for making sleepers for the track, the tribe had been suffering from starvation — from hunger passed on from generation to generation.

A few years later, she wrote a story titled Mahadu, the Marathi abridgment of Mahadeva, the father of Ganesha. In that story, she depicted the imagined last survivor among the Korkus. He is waiting: all shrivelled and stunted by starvation, more an insect than a human. He hears in the distance the train whistle and suddenly his memory is stirred. He starts smelling the fragrance of the forests tended by his ancestors. He runs to the train, jumps on to it. The train brings him to Bombay, where he sees for the first time a strange thing, food! So he eats everything that was there to eat. And not being yet satisfied, he starts eating the majestic buildings such as the Rajabhai Tower and the Victoria Terminus. As he eats, his height increases, till his head touches the sky. Then, he bends down, drinks water from the Arabian Sea, stands erect, raises his hands, and plucks a star from the skies and starts writing the history of the world, again.

These tales in myth, folklore and history indicate that hunger is not just a physical need, a demand for mere commodities measured by mere numbers. Hunger too, though apparently physical, has a name, a context, a culture and a sensibility. It should be anybody’s guess that the coronavirus epidemic spreading worldwide, with locked-down economies driving billions out of jobs and unprecedented scales of unemployment in every country, without exception, is precisely the context in which the eruption of hunger riots will be commonplace. The scenes at Surat on April 14, the day the first phase of lockdown was extended, were no surprise. The question to be asked is, were the crowds at Surat merely asking for doles or something more, something else? Similarly, are the migrant labourers asking just for State sponsored transport or something more?

A phenomenally large number of citizens have extended exemplary cooperation to the government during the lockdown. The farmers, the migrant labourers, the hungry people, too, would be ready to extend such cooperation. But the crown needs to give up the attitude of scorn and stop looking at these sections as mere crowds. Had the government spared a thought for these stranded workers and just made an appeal to civil society actors, they would have gladly come out to set up counselling corners, relief camps and short-term skill-improvement centres. It is a matter of concern for us that, during the lockdown period, incidents of humiliating innocent persons from the Northeast took place. Notices were widely circulated in localities asking people not to allow Muslim vendors to enter the area. The government should have made a clearly visible public gesture to console the victims. The virus of contempt, scorn and hatred calls for not ‘social distancing’ but for ‘social inclusion’. It is woefully neglected by the government. If the crown continues to allow an unfettered run to the virus of hatred, it will not at all be surprising that we shall be witnessing hunger riots as a widespread phenomenon in the coming months. Corona, in the Latin sense of the term, must understand that compassion, empathy and inclusion are what the crowds want, because they are patriots.

The author is a literary critic and a cultural activist; ganesh_devy@yahoo.com