Biodiversity to the rescue

Most epidemics do not just happen; they are a result of what we do to nature 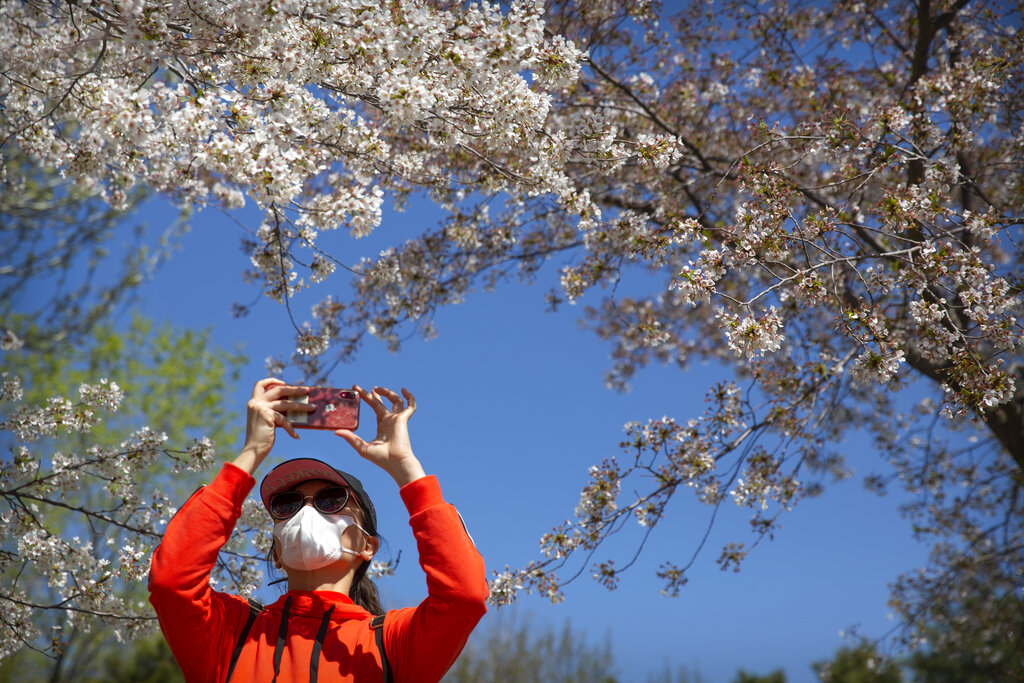 A woman wears a face mask to protect against the spread of coronavirus as she takes a photo of blossoms at Yuyuantan Park in Beijing, Friday, April 3, 2020.
(AP Photo/Mark Schiefelbein)
Anamitra Anurag Danda   |   Published 14.04.20, 06:38 PM

India has the second largest population in the world, with over half of the territory used as cropland. India’s food production needs to increase substantially in the coming decades due to an expected population size of more than 1.6 billion in 2050. To ensure food security, agricultural systems will have to respond to population growth, changing dietary habits and climate change. An analysis shows that in order to meet future food production demands, agricultural lands are likely to expand and existing farmlands need to be intensified. Both processes are likely to result in biodiversity losses. In the current context of the coronavirus pandemic, it is also important to note that biodiversity loss tends to increase pathogen transmission and disease incidence. Disease, therefore, is largely an environmental issue. Most epidemics do not just happen; they are a result of what we do to nature. Therefore, efforts to conserve areas rich in wildlife diversity by reducing anthropogenic activity may have added value in reducing future zoonotic disease emergence.

Humans, livestock and wildlife share large pools of microorganisms and parasites, many of which can infect and establish a new host species, or adapt to new population structures and contact patterns of existing host species, leading to changes in manifestation. Both processes result in emerging infectious diseases. EID events have risen significantly over time. EID events are dominated by zoonoses (60.3 per cent of EIDs). The majority of these (71.8 per cent) originate in wildlife, and are increasing significantly. Zoonotic EIDs represent an increasing and significant threat to global health. It is important to understand the factors that increase contact between wildlife and humans.

Expansion of agricultural areas through deforestation can lead to increased wildlife-human and livestock-wildlife contact with livestock-human transmission leading to a range of infectious disease outbreaks and emergence events as well as modification of transmission mechanism. Besides agricultural encroachment, road construction, dam-building, irrigation, wetland modification, mining, expansion of urban environments, coastal zone degradation — in other words, modification of natural landscapes cause a cascade of factors that exacerbate infectious disease emergence.

Loss of species can increase encounter rates between pathogens and hosts when the lost species are not hosts for the pathogen. Of course, if the lost species are hosts capable of transmission, declining biodiversity would reduce the total number of hosts, decreasing transmission. Observations from across the world prove otherwise as suggested by the World Health Organization’s data set on disease outbreaks by year for the period, 1996-2020.

For pathogens, loss of diversity is most likely to increase transmission if the loss causes an increase in density of competent hosts. There are at least a dozen examples of pathogens for which species loss leads to increase in total transmission. Over 300 emerging disease events were identified in humans globally between 1940 and 2004. For pathogens that establish in new species, the emergence process involves multiple steps, including the initial invasion into the new host (‘spillover’), the production of transmission stages within the new host, and the establishment of the pathogen in the host population as a whole. The effect of biodiversity may vary for each of these steps. For the initial invasion, biodiversity may act as a source pool. Almost half of the zoonotic diseases that have emerged in humans since 1940 resulted from changes in land use, from changes in agricultural or other food production practices, or from wildlife hunting. These human activities increase rates of contact between humans and animals, which may be a critical factor underlying spillover.

For pathogens that emerge by switching host species, Keesing et al suggest three management approaches. First, target potential emergence ‘hotspots’ for surveillance of endemic wildlife pathogens. These ‘hotspots’ could be identified on the basis of land-use change and underlying biodiversity patterns. Second, reduce the probability that pathogens become established and transmissible within a new host population once spillover occurs through intensive surveillance of husbandry of high-density monocultures of domestic animals and through measures that reduce contact between wildlife and livestock. Three, preserve and protect intact habitats in the ‘hotspots’ that provide a simple, direct way of reducing human-animal contact and reduce the likelihood of the emergence of new pathogens. Human health and environmental health could be simultaneously improved by the same policy or management actions provided agriculture and husbandry intensification are implemented in a way that minimizes biodiversity losses. Leave the standing forests and other natural landscapes alone or brace for more frequent and virulent outbreaks.