Death and dignity in the time of a pandemic 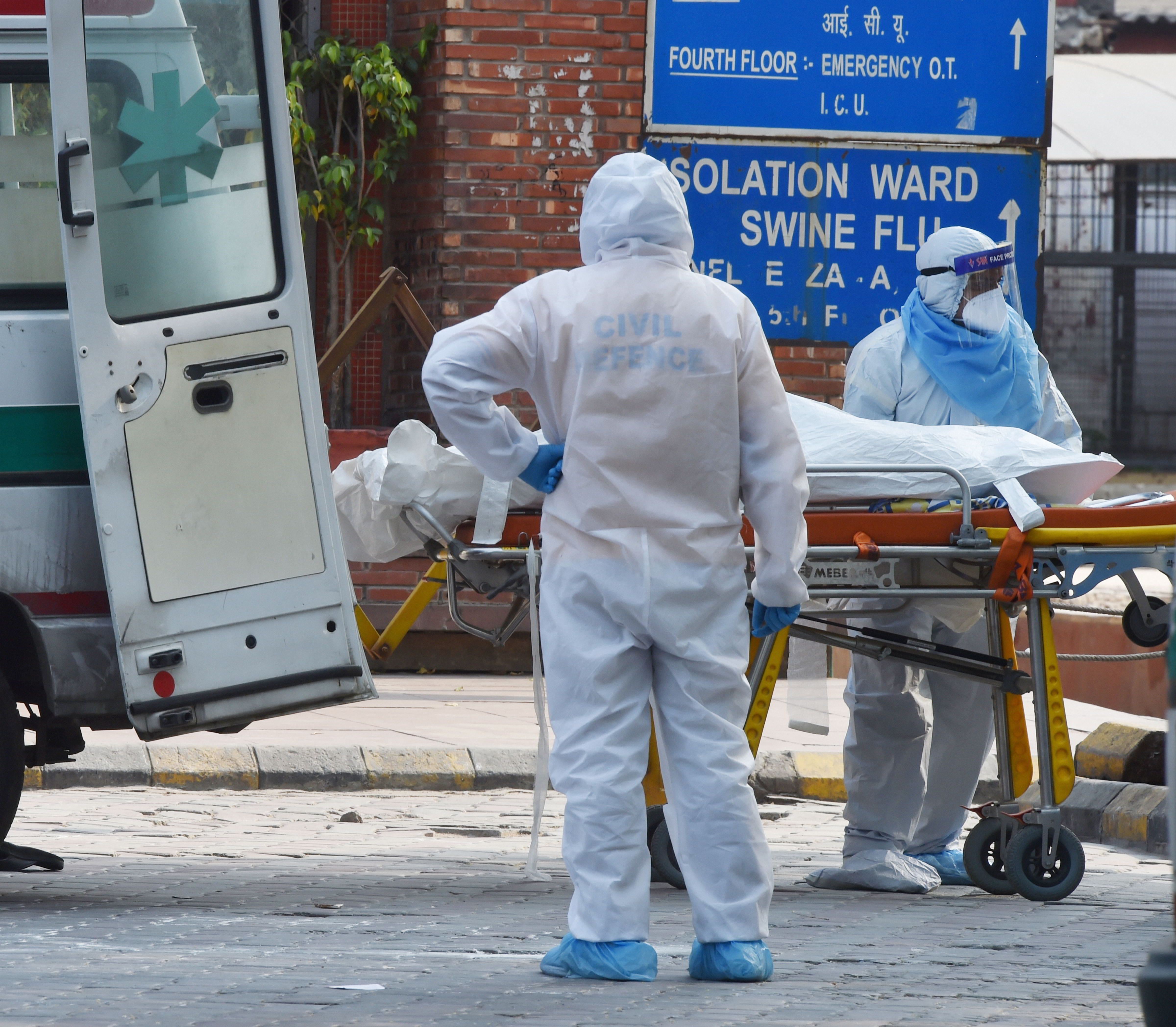 The Covid-19 pandemic is a test for everything and everyone — healthcare infrastructure, disaster management ability, response and responsibility of governments as well as of citizens as individuals and community, resilience of the economy and so on. As the number of positive cases rise, it is apparent that India’s health apparatus and civic administration are facing serious challenges. In this context, the question of safe and dignified management of the bodies of the deceased assumes urgency for three reasons.

First, it is impossible to argue against the necessity of calibrated interventions by officials to contain the risk of contagion from unregulated cremations and burials. It must be kept in mind that the virus does not spread through dead bodies but certain associated practices — crowded funeral ceremonies are one example — pose a risk. The World Health Organization’s interim guidance, dated March 24, says: “Family and friends may view the body after it has been prepared for burial, in accordance with customs. They should not touch or kiss the body and should wash hands thoroughly with soap and water after the viewing; [t]hose tasked with placing the body in the grave, on the funeral pyre, etc., should wear gloves and wash hands with soap and water after removal of the gloves once the burial is complete.” The safe disbursal of dead bodies is a challenging task. It is imperative that India’s cremation and mortuary services adhere to the WHO guidelines.

Second, the ambiguity around the guidelines on dead body management issued by the Union health ministry has led to problems with implementation. The vagueness in the protocols meant that front-line functionaries in Bihar and Delhi kept families waiting for instructions. Consequently, an entire village in Munger had to go into quarantine. The All India Institute of Medical Sciences brought out its own guidelines but the Brihanmumbai Municipal Corporation first mandated cremation of the bodies of the deceased irrespective of faith, only to withdraw its circular after the intervention of the state minority development minister. The lack of clarity and inadequate protocol consistency in such delicate matters betray the absence of robust decision-making, forethought and preparedness. If the experience in Italy and Iran had been studied, protective equipment, additional staff and public expenditure should have found a place on the checklist of the governments.

Finally, the sensitivity attached to religious and cultural practices and the principle of ‘dignity for the dead’ necessitate that primacy be given to science. Bereavement rituals have been amended or abandoned to check the spread of the disease. The government must do its best to engender trust and confidence among the people so as to ensure cooperation and compliance to avoid indignity for the deceased. It should not be forgotten that the Supreme Court of India has eloquently interpreted dignity in death to be an integral part of the fundamental rights of the people of India. That right needs to be upheld and honoured now.

India must also display scientific temper and continue to cooperate with the administration in the interest of public health. Indeed, scientific temper is enshrined in the Constitution as a fundamental duty. Ultimately, the Indian State can only respond effectively to this humongous challenge if it engages constructively with communities. Community leaders should be sensitized and given appropriate technical and financial support. The contagion is taking lives. The Centre must promulgate a unified protocol ofburial and cremation while balancing the dignity of the dead with religious and cultural sensibilities.