Apology now, but at great cost

CHINA DIARY: More than 3,000 medical workers have been infected across the country 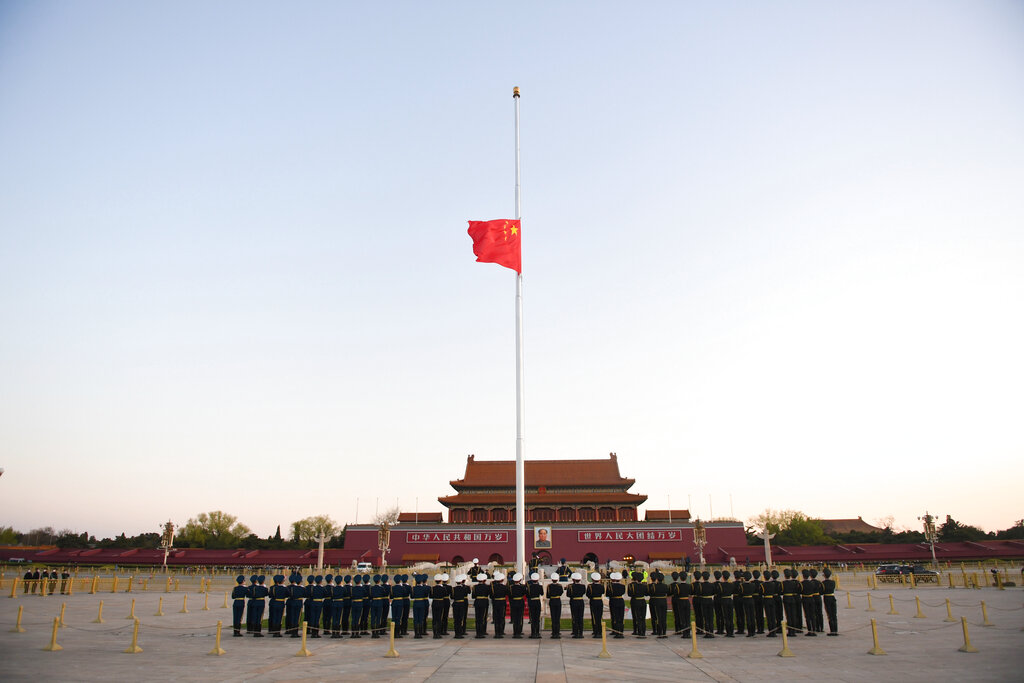 On Saturday, as flags flew at half-mast and people stood in silence at 10 am in memory of the 3,335 dead — this was the official figure — in the coronavirus outbreak, an ironic scene unfolded in Wuhan, the city where it all began. Party officials bowed before the photograph of Li Wenliang and offered condolences to the family of the doctor who had, on December 30, alerted his colleagues about a new virus, only to be publicly reprimanded and made to admit in writing that he had “severely disrupted public order”.

The 34-year-old died of the virus on February 7, sparking public outrage that forced the government to investigate his case. It took the committee 42 days to exonerate the doctor. His reprimand was revoked, two policemen punished and the city police made to apologize to his parents. By then, five Wuhan doctors, four of them senior colleagues of Li, had died of the virus.

Of all the images of people bowing their heads in homage on Saturday, the most moving was that of Wuhan’s medical workers. In spite of the masks covering their faces and their lowered heads, it was obvious that they were weeping. More than 3,000 medical workers have been infected across China.

There is another section that has borne the brunt of the two-month lockdown. Some were on the front lines of the fight against the virus. These were the construction workers toiling round the clock and later in 12-hour shifts to build hospitals at breakneck speed; the community health workers who catered to the needs of anxious citizens and decided who needed to be taken to hospital; the sanitation workers whose added duties included emptying used mask bins and spraying disinfectant on the streets; the drivers ferrying patients and meals to hospitals and delivering groceries ordered online; and a whole section rendered unemployed or bankrupt. Over the last fortnight, as the lockdown was gradually lifted, many of these sections struck work, asking for wage arrears and relief packages.

Wuhan was the latest to lift the lockdown. “We were in prison for 67 days,” said a traumatized resident tearfully. Streets are still fairly deserted, for the city has seen fresh cases. Some have tested positive again after being discharged; some have come into the country from abroad. Wuhan’s first new case was a teenaged Chinese student coming from the United Kingdom. All those flying in from abroad face a two-week quarantine, while Wuhan citizens who were stuck in other cities in China when the lockdown was imposed on January 23 must get a health certificate on arrival.

Anti-foreigner sentiment is high, and not only because of the stigmatizing phrase, ‘Chinese virus’, used by the president of the United States of America, Donald Trump. The pharmaceutical giant, Roche, had to apologize in China and delete the label, ‘Wuhan Coronovirus’, used by its Argentinian subsidiary for its test kit. Many foreigners have been arrogantly disregarding the rules that the Chinese have obeyed, at great personal cost, over the last two months. Almost 2,000 Chinese were arrested during the lockdown, for profiteering, making fake products — such as masks — trading in wildlife and, most of all, obstructing health or police officers.

Disobedient foreigners have not been spared either. An American who broke an airport queue and snatched a form from the man who was first in line had to issue a public written apology. An Australian-Chinese who not only broke her quarantine to go for a jog on the street but also refused to wear a mask was dismissed by the multinational company she worked for and deported. So was an American who, when told by a security guard to wear a mask, threw a mobile phone at him.