Advertisement
Home / Opinion / A world put on the mat

A world put on the mat

The government must spend more to avoid a deeper downturn 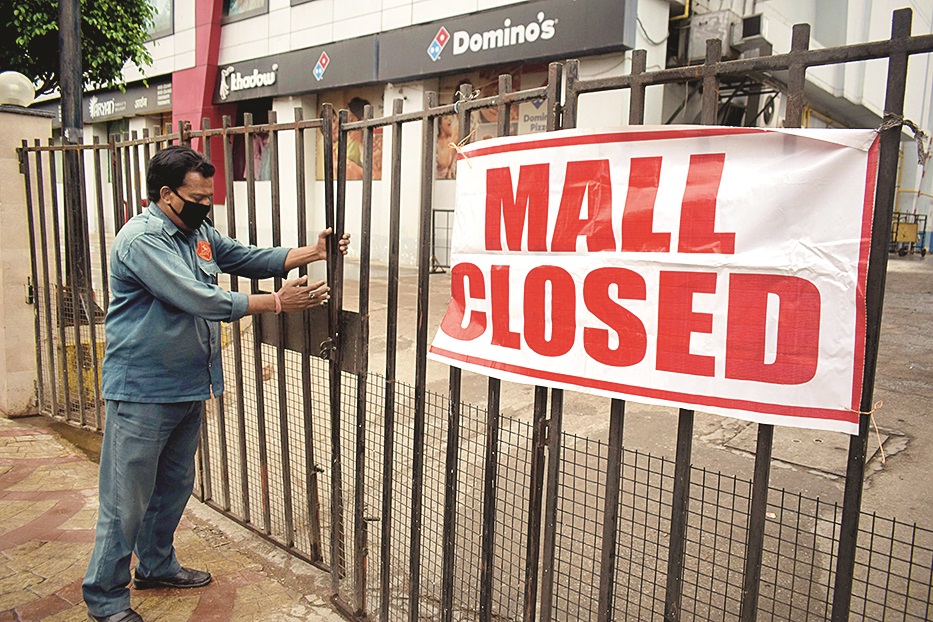 The International Monetary Fund has projected a global recession in its April 14 World Economic Outlook, saying that the Covid-19 crisis is like no other and that the world economy is set to experience its worst recession since the Great Depression, outpacing the contraction during the global financial crisis a decade before. Assuming that the pandemic stays for the first half of 2020 and fades in the second and with the gradual unwinding of containment efforts — lockdowns and social distancing — global economic growth is anticipated to contract sharply at -3 per cent, above 6 percentage points than the January forecast. Helped by supportive policies for economic normalization, the world economy could rebound to grow 5.8 per cent in 2021 under these settings. Corresponding projections for Indian growth are 1.9 per cent in 2020-21, returning to 7.4 per cent in 2021-22.

Incidentally, this is the most optimistic scenario. It is subject to large margins of error that could arise from exceptional uncertainties on the pandemic’s evolution, in which vaccine and therapeutic innovations also play a role; other uncertainties include the intensity and efficacy of containment efforts, the extent of supply disruptions and productivity losses, tightening in global financial market conditions, shifts in spending patterns and behavioural changes (people avoiding crowded places), confidence effects and volatile commodity prices. That is a lot!

Pandemic disruptions are assumed to be concentrated in the April-June quarter for the world as a whole. But what if the pandemic extends beyond June? The possibility exists, and the IMF says that risks to this severe outlook incline downwards: for a 50 per cent longer duration of the pandemic and containment efforts (beyond April-June), world growth could shrink 3 per cent below the above. Next, if a second, milder outbreak recurs in 2021, or a third — in a worse-case scenario — protracted pandemic and an outbreak recur in 2021, the world recession could be extremely severe, up to 8 per cent lower than -3 per cent.

This is a lot of bad news to absorb. Let us hope that innovations in vaccine or effective medical treatment against the virus lift mankind out of such a depression. Historically, pandemics have taken a severe toll on populations and economies. If we look back at the closest analogue, the 1918 flu epidemic, which was also primarily fought through social distancing, came in three waves over 1918-20 and recession followed. Recent studies shed light on its economic effects: one study for 43 countries during 1918-20 estimates that GDP and consumption fell by 6 and 8 per cent, respectively, for a typical country; another for the United States of America found that the flu depressed the economy, while containment measures did not (by lowering death rates in places where they were imposed early and more strictly).

However, the 1918 flu had a high mortality rate amongst young adults — the working population. The world, too, is a lot different now due to public health and communication advancements, global supply chains, prominent share of services, amongst other factors. Economic decisions and epidemics do interact though, explaining the recessionary outcome forecast by all in varying degrees, including the IMF. Epidemiology models have also been employed by some economists to reveal that cutting back on consumption and work (optimal containment measures of social distancing, locking down) lowers the epidemic’s severity but the same decisions cause a sharp, sustained drop in aggregate output — the size of the recession. Scars by way of job losses and business bankruptcies linger on further. These mean permanent output declines.

These effects are not surprising. Signs of economic injuries due to Covid-19 have appeared worldwide, but most notably in China, from where the virus originated and whose worst quarter was January-March unlike the rest of the world. Chinese industrial output, retail sales, and fixed asset investment show a dramatic drop in January and February. Other countries will soon display similar trends.

Economic deterioration is visible in India too. Few lead indicators are currently available but there are some. For example, March exports dropped by 34.5 per cent, the steepest in a quarter century; wholesale inflation fell to just 1 per cent; the rate of unemployment, estimated by the private firm, CMIE, shot up threefold to 24 per cent in the first week of April from over a month ago, and the Composite PMI decreased to 50.6 points from 57.6 in February. Anecdotal evidence from newspaper reports abounds. Several surveys show large income declines, especially those of the informally employed, the urban size of whom is roughly 70 million and are chiefly engaged as casual labour, construction workers, service providers like deliveries, drivers, domestic workers, daily earners such as hawkers, petty traders and so on. Results from NCAER’s web-cum-telephone survey for April 6-8 shared recently showed that income dropped by as much as 75 per cent for the casually employed. Other survey reports capture similar or worse trends, depending upon samples.

Some say that India’s growth forecasts are over-optimistic. Many private analysts project contraction of varying magnitudes. The health-economic trade-off could be quite sharp for India as its national, 40-day lockdown is the world’s strictest, according to Oxford’s Stringency Index (100). Conversely, policy actions to shield against extended income losses and business bankruptcies that may result in more — formal — jobs ahead are amongst the world’s lowest, a mere 0.8 per cent of GDP for fiscal support has been given so far. This does not compare with the exceptional relief package of the US and generous ones in the United Kingdom, Europe and Japan.

However, India’s fiscal relief cannot be compared to the advanced countries, some of which are also reserve issuers. Yet, the government can improve upon its earlier amounts. The IMF assesses policy protections can lessen the severity of the downturns. In its Fiscal Monitor report accompanying the WEO, the IMF has asked that spending policies should reorient towards temporary protection, including adequate fund allocations for subnational governments for health and medical services. It has also urged India to relax its fiscal stance despite strained public finances. Spending on public health as well as protection against a more severe downturn is a necessity, says the IMF, and India should step up targeted, temporary measures. It suggests that fiscal balances — debt levels — can be repaired and addressed following the pandemic, in the medium-term.

The government should take this advice on board. It needs to scale-up fiscal relief for urban, informal as well as contractual workers who are one of the most severely impacted. Virus infection rates are largely concentrated in urban India, chiefly metropolitan cities that attract the bulk of the migrants. But fiscal initiatives, such as front-loading PM-Kisan and increased MGNREGA wages, target rural populations. The states, at the forefront of the pandemic fight, are severely resource scarce; most have exhausted available space, several borrowed recently at steep costs, pointing to a tenuous financing situation amidst a crisis of severe proportions. Scanty fiscal relief, dearth of resources and the absence of social safety nets have also spawned a most unfortunate debate that inclines towards preserving livelihoods by a quicker unlocking as lives could be lost by deprivation instead of a virus, which is morally unacceptable.

The IMF’s gloomy or recessionary outlook for the world as well as for individual countries holds out a prominent role for supportive policy response that can make a difference to outcomes after the pandemic subsides. To emerge from the recession, the hope for now lies in escalating policy support and medical innovations.