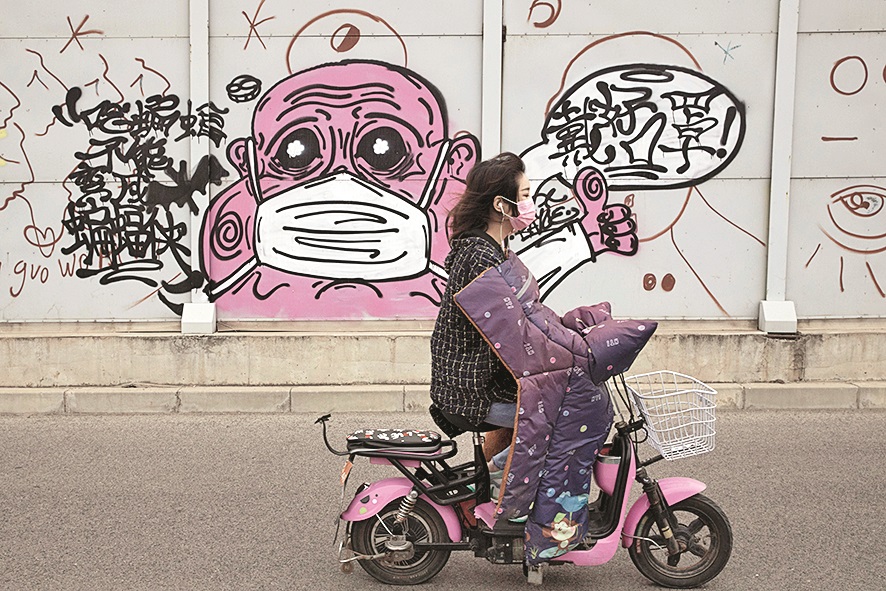 Covid-19 comparisons are going out of style. Boris Johnson’s briefings have stopped using a graph that tracked international death tolls. Pressed on the omission by the leader of the Opposition, Keir Starmer, Johnson declared that inter-country comparisons were premature. Writing in The New York Times, Ross Douthat argued that critics like George Packer, who saw Donald Trump’s incoherent response to the pandemic as the sign of a failed State, exaggerated American ineptness. The US death toll, while larger in absolute terms, compared favourably with European nations once the size of the United States of America was factored in. He went on to suggest that if you took New York’s numbers out of the mix, the US had done relatively well.

Douthat’s argument is a curious piece of special pleading because it can only be sustained by excluding a comparison with East Asian nations. Two days ago, The Guardian led with the headline, “China marks one month with no Covid-19 deaths...” Less than four months after the Wuhan lockdown, China has wrestled epidemic death down to zero. Meanwhile, the number of people killed by the virus crossed 88,000 in the US. After allowing for every caveat and qualification, this disparity in the performance of the world’s two dominant economies must define the story of the international response to the pandemic.

The countries on China’s periphery, confronted by a threat more imminent than that faced by remote Western nations, coped remarkably. They contained Covid-19 deaths to varying degrees, but compared to Western nations, they were all resoundingly successful. Japan, South Korea, Singapore, Taiwan and Vietnam registered death tolls of around 713, 264, 21, 7 and 0, respectively.

Some European countries managed to keep mortality low, amongst them Portugal, Greece, Denmark and Norway. These are small countries: Denmark and Norway have populations the size of Singapore’s while Portugal and Greece, roughly 10 million strong, are twice as large. Of the larger Western European nations, Germany performed best, with just under 8,000 deaths. This is, however, a toll substantially higher than that of the worst-performing East Asian nation: China, which registered less than 5,000 deaths. The mortality figures in Italy, Spain, France and the United Kingdom dwarf Germany’s and are of another order of magnitude compared to those of East Asian nations.

Discussing the US’s death toll, Douthat cited the size of the country’s population in mitigation: he argued that despite having the world’s highest mortality figure, America’s deaths per capita remained “... lower than France, Italy, Spain and Britain”. This begged the obvious question: how does it compare with the per capita death rate of South Korea? Or Japan? Or, if Douthat wanted a large-country comparison and was willing to look at the elephant in the room, what about China? How do 1.4 billion people and 4,633 dead compare with 328 million people and a death toll of 88,507?

It’s useful to make this crude and obvious comparison because as death tolls have mounted, Western political establishments and pundits across the political spectrum have come to rely on an exculpatory Original Sin argument: none of this would have happened if China hadn’t tried to cover up the initial eruption. The success of East Asian countries in controlling the pandemic is a useful corrective to this attempt to distract from the failure of Western states and their public health systems in containing the virus. Western countries had time on their side by virtue of being remote from China, they were richer than some of these East Asian nations, and they had the experience of these front-line states to learn from. Why couldn’t they do what China or South Korea or Vietnam did to limit the damage?

If we discount the desperate but not uncommon argument that liar China’s death toll is actually in orders of magnitude higher than the official figure, we are left with two standard explanations. One suggests that the collectivist traditions of East Asian societies allowed their states to process their populations in a way that Western democracies, constituted by ornery individuals, couldn’t. This is an alibi, not an explanation. The Western inability to tell East Asians apart is not in itself evidence that Koreans are more herd-like than Italians.

This leaves us with the second explanation: East Asia’s experience with epidemic disease in the 21st century had prepared the countries in that region to deal with a pandemic. Consequently, these countries stockpiled PPE, created testing infrastructure, and designed precautionary routines that could be, and were, deployed at a moment’s notice. Western nations unscathed by SARS and unthreatened by wet markets and bat-eating natives were less sensitive to the imminence of pandemic disease and were, therefore, caught unawares.

This is a plausible after-the-event excuse, not an explanation. There is no shortage of academic specialists in the scientific fields relevant to the containment of epidemic disease in Britain or Europe or America. Nor was there a lack of awareness. The British government was aware enough to war-game a pandemic in 2016. While the pandemic in question was caused by a hypothetical strain of influenza, not a coronavirus, it did reveal serious shortcomings in the country’s preparedness. The report was suppressed and no attempt was made to address the weaknesses revealed by it. Likewise, in 2018, the Trump administration eliminated the National Security Council’s pandemic response office. In 2017, Bill Gates spoke at the Munich Security Conference about the imminent prospect of a pandemic that would devastate the world within the next 15 years.

Gates warned that the billions needed to prepare for a pandemic were small change compared to the economic costs an unchecked pandemic would inflict upon the global economy. But the countries in a position to do something about this were too busy balancing their books after the 2008 recession to pay attention. The reason Western countries with first-rate health infrastructures were caught napping is that in the absence of an actual pandemic there was no economic incentive to prepare for it. The economics of austerity and the populist politics that it spawned encouraged a contempt for expert advice. It’s not a coincidence that the UK, the US and Brazil were led by Covid-19 deniers who played down the danger from the pandemic till it ravaged their countries.

Despite the worst and second-worst death tolls in the world, Trump and Johnson have begun urging their populations back to work and school. In contrast, a handful of new infections at a night club prompted the South Korean government to postpone school openings by a week and to re-shutter nightclubs. In Wuhan, six new Covid-19 cases were reason enough for the Chinese government to begin testing Wuhan’s entire population: 11 million people.

The difference between the inconsistent, sometimes reckless, messaging produced by Trump and Johnson about reopening the economy and the studied caution with which China and South Korea have set about the same task marks the difference between nations where State capacity has been destroyed by the rhetoric of market fundamentalism and nations where it hasn’t. Given the stark reality of the pandemic’s mortality league table, it’s hard to believe that our sense of the world’s pecking order won’t change.