A climate of mistrust

CoP26: The ‘net zero’ targets set by nations do not make them accountable if they fail to reach the target 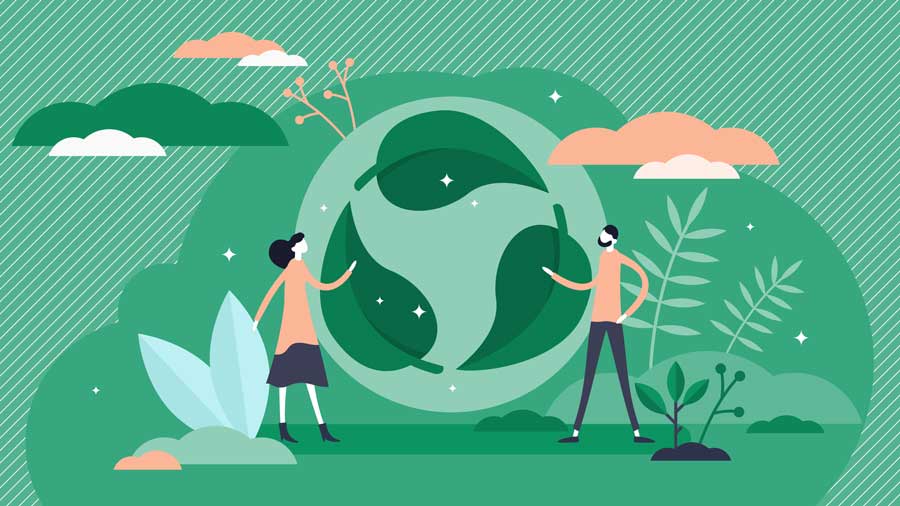 The success of CoP26 in Glasgow is difficult to ascertain. There were some positive moments: pledges of net-zero targets by countries, including India, the US-China agreement on emission cuts, and the declaration of phasing out of oil and gas production. But the conference did not engender the evolution of a strong climate governance.

Garrett Hardin, an American ecologist, argued in his 1968 paper in Science that should we all exploit the natural resources to maximize our gains then it would lead to a tragic end of the world’s common resources. Hardin opined that humanity could save itself through mutual coercion or restraint. One of Hardin’s greatest critics, Elinor Ostrom, who received the Nobel Prize in Economics in 2009, also suggested mutually-agreed-upon, binding constraints to save nature. Institutions need to be developed to set these binding constraints.

The Kyoto protocol of 1997 had set binding emission reduction targets for 37 industrialized economies in transition and the European Union. India, China and other developing countries were exempted. It also proposed the establishment of International Emissions Trading: the carbon market. However, a carbon market can only be established if mutually-agreed-upon, binding constraints on emission are imposed. This would put a cap on emission beyond which parties have to trade for carbon emission permits.

Countries have to submit ‘nationally determined contributions’ under the Paris Agreement in pursuit of mutually-agreed constraints. CoP26 was a deadline for nations to submit NDCs. Out of 192 parties under the Paris Agreement, 151 countries have submitted first or new NDCs, including Eritrea and Iraq who were not part of the Paris treaty. Furthermore, 11 countries have submitted second NDCs. However, these NDCs are expressions of intent, not a binding constraint. The ‘net zero’ targets set by nations do not make them accountable if they fail to reach the target. A binding constraint should have a penalty provision, which is missing in all the agreements. Greenpeace’s appeal to countries to agree to update their 2030 targets every year would increase accountability and the constraints would be more binding. This assumes greater importance as most nations have not implemented short-term policies and legislations to reach the goals set by them.

Another important issue that would make the institutionalization of mutually-agreed-upon, binding constraints difficult is the lack of trust between developing and developed countries. The Kyoto protocol adopted the principle of ‘common but differentiated responsibilities and respective capabilities’ by which it places a heavier burden on developed countries to assist developing countries. The former have failed to mobilize the committed joint transfer of USD 100 billion per year by 2020. Many countries have NDCs conditional upon receiving money from developed countries.

India, China and other like-minded developing countries rejected the initial CoP26 draft agreement on climate mitigation. They alleged that developed nations are shifting responsibility on the rest of the world and are imposing new rules. A more reliable commitment from developed countries is required to gain the trust of developing countries. Developing countries would take their commitments seriously if they are held accountable domestically for failing to meet the targets. This would depend on domestic public opinion and the vibrancy of democracy. Domestic business interest would also be an important determinant of governments’ initiatives.