Advertisement
Home / Opinion / Congress: worries in MP and a rising star in Assam

Congress: worries in MP and a rising star in Assam

DELHI DIARIES: The BJP's aversion to facing the media, and Hilsa from the other Didi 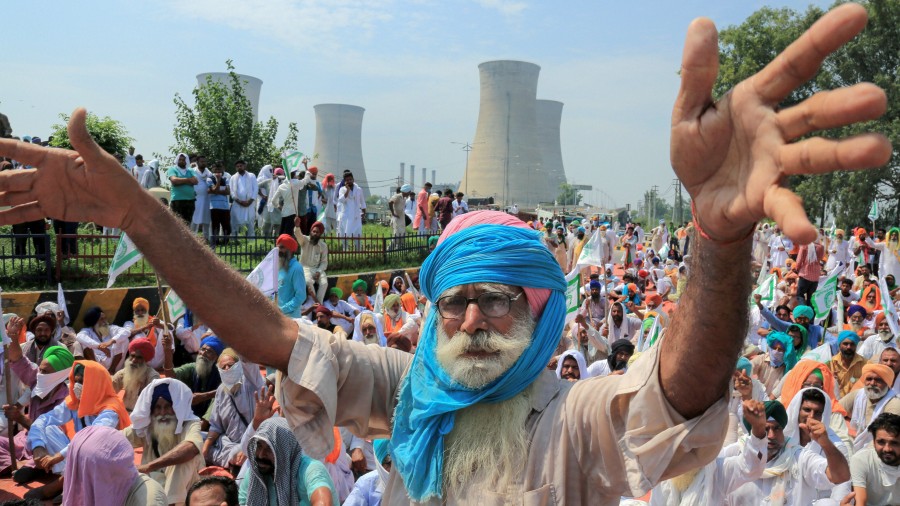 The three bills related to farm reforms that were passed in the Lok Sabha on Thursday could ignite a major political fire in Punjab and Haryana, where the mandi system has been operating efficiently, with farmers receiving the minimum support price. In spite of the clarification by the Union minister of agriculture, there are fears that the new system will lead to the dismantling of the present MSP system. This has led Amar Singh, the Congress member of parliament and former chairman of the Food Corporation of India, to launch a scathing attack against the Centre’s attempt to sell the dream of a bigger market and more private investments. He reportedly asked the government to show one example where MSP is not operational but the produce has fetched a higher price. He also pointed out that the plight of farmers in Bihar has worsened ever since the Agriculture Produce Marketing Committee Act was repealed in 2006. Neither did any private investment come, nor did the free market ensure better prices. Singh, who knows the agriculture sector inside out, reportedly insists that the Narendra Modi-led government has initiated this destructive plan under pressure from the World Trade Organisation, which wants all countries to abolish agricultural subsidy, procurement systems and stock limits. If the anger of farmers erupts in Punjab, the main beneficiary of the Green Revolution and the state that has fed India for decades, the return of militancy cannot be entirely ruled out.

The Congress has made the ‘betrayal factor’ its main plank in the Madhya Pradesh bypolls for 27 assembly seats, but the former chief minister, Kamal Nath, has added an emotional angle to the campaign by saying that the prestige of the state was lowered by the developments that toppled his government. Nath has told his voters that people across the country now believe that politicians in Madhya Pradesh are like commodities that can be bought and sold. “I feel ashamed when I go to Delhi,” he said. “People only talk about sale and purchase of MLAs in Madhya Pradesh. The act of betrayal has demeaned all of us because some MLAs sold themselves. It is for the people now to correct that image and show that we value morality and punish betrayal. I tell them that the people can’t be bought even if some MLAs become saleable commodity.”

Although it is nearly impossible for the Congress to claw its way back to power now, the party is relying on the people’s sense of pride in order to stay afloat. The Congress will come back into the reckoning only if it wins at least 20 seats, while the Bharatiya Janata Party has an easier task of winning only nine seats to save the government that it stole in March with the help of Jyotiraditya Scindia.

Many within the Congress believe that the elevation of Gaurav Gogoi to the post of deputy leader of the Opposition in the Lok Sabha ahead of the ongoing Parliament session had a lot to do with the letter written by the 23 senior leaders to Sonia Gandhi, seeking sweeping organizational changes to check the drift. The promotion has kept the 38-year-old two-term Assam MP, the only son of the former three-term chief minister, Tarun Gogoi, busy both inside and outside Parliament. He has either been addressing the media or drawing attention to sensitive issues such as the contentious Citizenship (Amendment) Act or the Baghjan blowout.

Back home, there have been murmurs in the Congress circles that the high command has ‘shortlisted’ a future CM for Assam, if not for 2021, then for the 2026 state polls. Gogoi seems set for the position unless, of course, he falls off the high command’s radar. To his supporters, Gogoi has come a long way — from being mocked for his Assamese to becoming a confident and eloquent speaker in English, Assamese and Hindi. His elevation bears testimony to that. Gogoi, however, has not fallen for the praise coming his way. He is said to have emphatically ruled himself out as a chief ministerial candidate because he is not interested in the job — he believes his political journey has just started and there is no dearth of talented leaders to lead the state. Party insiders say that given the way Gogoi is impressing party leaders as well as becoming close to the Congress’s First Family, his time will come sooner rather than later. If that is the case, the nation might just see another ‘son’ rise within the Congress.

The prime minister, Narendra Modi, is infamous for not addressing press conferences, possibly to avoid difficult questions. His first-ever press conference as PM was at the BJP headquarters, ahead of the results of the 2019 Lok Sabha polls. Modi, however, did not take any questions at this rare opportunity from journalists. After his monologue, expressing confidence about returning to power, the task of answering questions was left to his confidant, the then party chief, Amit Shah.

This tactic of the top leader now appears to be percolating downwards. In the face of a tanking economy, aggravating Covid-19 crisis and a precarious situation on the Line of Actual Control, more leaders of the ruling side seem to be getting wary of questions. This was evident recently when JP Nadda, who has taken over the reins of the BJP from Shah, turned up for a media address this week. The subject was the opposition faced by the Centre from the Congress and an ally, the Shiromani Akali Dal, on the three farm sector legislations. After the address, which was focused on slamming the Congress, reporters were told that their questions should pertain only to the address and nothing else. Nadda, too, rarely faces the press. The trend of avoiding uncomfortable questions seems to be gaining ground in the BJP. An increasing number of leaders are thus seen trying to bombard the media with what they want to say and then shut out questions on pertinent issues.

“Didi paathiyechhen”, quipped the fish-seller to the flummoxed Bengali patron examining the catch of glistening hilsa laid out before him on a wicker basket. “Didi maane? Mamata?” enquired the buyer, his eyes never leaving the gleaming fish. “Dhut Dada! Opaar er Didi. Hasina,” replied the seller. Coronasur, mercifully, has not killed humour in Bengal’s fish markets.