Ideology is for Third World innocents 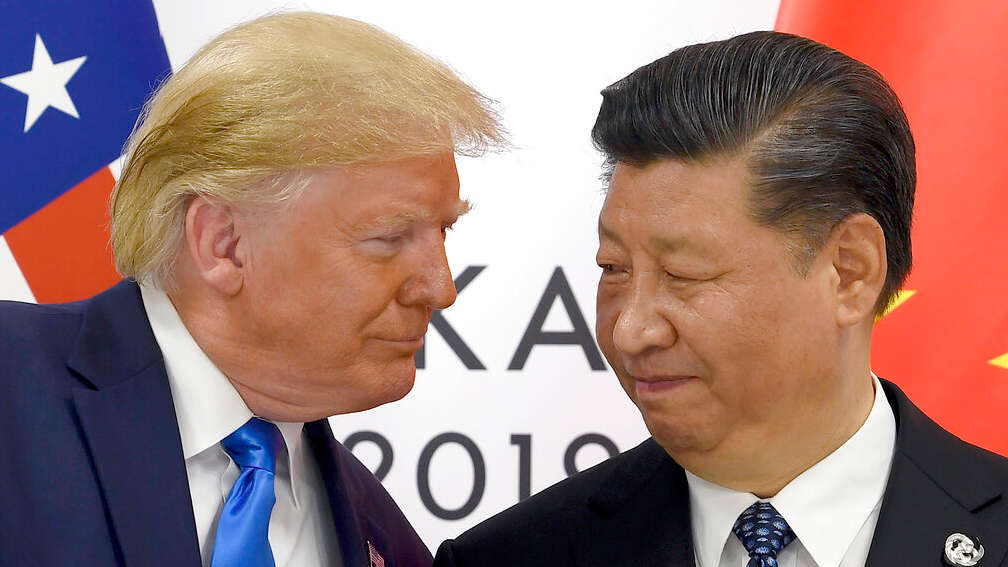 American visas were not outsourced in 1964. The consulate issued them. It was a formality in my case since I was going on an invitation from Henry Kissinger’s Harvard international seminar. All the same, after my papers had been inspected and approved, but just before the visa was actually issued, the consular official rattled off a little spiel about my never having been a member of the Communist Party or any ‘Communistic’ organization. Assent was assumed.

Trump administration officials who think they are frightening China with the threat of not only reviving that ritual but also putting teeth into it don’t realize how roles have been reversed. They are mired in a past that rang with Ebenezer Elliott’s rhyme, “What is a communist?/ One who hath yearnings/ For equal division of unequal earnings,/ Idler or bungler, or both, he is willing, /To fork out his penny and pocket your shilling.” The prejudice of that jingle may coexist with the idealism of a few starry-eyed Indians for whom communism is still the creed for the poor. But Communist Party of China members are lords of the earth. Ideology is only a red herring the Americans are dragging across the trail to distract attention from the real tussle over power and profit.

Gazing upon Moscow airport’s glittering shop windows in the twilight of the Soviet regime, Margaret Thatcher mused that only the rich could afford to call themselves communist. The Soviet Union’s dissolution soon afterwards sparked off the grab for privatized State assets and the rise of notoriously wealthy oligarchs. Even a cursory glance at the list of their as well as China’s holdings in Britain — media, water, energy — makes one wonder what — if anything — the native Briton can still call his own. “How much of Europe does China own?” the BBC asked last year. The Chinese also own about $1.1 trillion in US debt.

Such wealth insulates people from travel restrictions. If one passport fails, they can buy another. Bombay Dyeing’s Nusli Wadia did not come to any harm for his entanglement with the police for allegedly registering as an Indian national in a hotel while holding a British passport. A Dublin taxi driver proudly told me that “an Indian”, Pallonji Mistry, is Ireland’s richest man. The 17th Karmapa Lama, Ogyen Trinley Dorje, has acquired a Dominican passport for “ease of travel”. So, when a New York Times writer claims that a US travel ban on CPC members and their families would affect 270 million people, he cannot mean the taizidang or princelings (children of party veterans) who have become prominent since the 1980s when Deng Xiaoping’s dictum, “Rang yi bu fen ren xian fu qi lai... Let some people get rich first”, unshackled China’s economy and created tycoons and princelings. Xi Jinping is one. So is Xu Qiliang, China’s army commander in occupied Ladakh.

Ideology is for Third World innocents. Prisoner of his integrity, Hiren Mukherjee once sat it out at the New York airport rather than deny his faith for a visa. Jyoti Basu would not have been so much more successful professionally if he had not discreetly promised the American consul-general in Calcutta that he would not indulge in political activity in the United States of America if he was granted a visa. Not only did the consul-general oblige but he even combined the usual Fourth of July reception into the chief minister’s farewell. Calcutta’s Marxist mayor went a step farther to suggest twinning the city with Los Angeles. When the consul-general pointed out the existing relationship with Odessa, the mayor explained he needed an official excuse to travel to California where his son was studying.

Indian worries will start only if the draft presidential proclamation revoking visas for CPC members and their families and proposing something like the 2017 travel ban on Muslim-majority countries is given universal application. Not because Narendra Modi is “utterly servile” to Donald Trump, as the Communist Party of India’s D. Raja puts it, but because Hiren Mukherjee notwithstanding, almost every educated urban Indian is a potential H-1B visa or, more ambitiously, green card petitioner. The ‘Yankee go home, but take me with you!’ crack is supposed to have originated in the Philippines which, people often forget, was Kipling’s original “white man’s burden”. It could just as well echo Indian sentiments. The question now is: could it also apply to a China whose socialism with Chinese characteristics is more Chinese than socialist?

According to the Forbes list, China boasts 799 billionaires (182 were added last year) against 626 in the US. Rupert Hoogewerf, the old Etonian finance analyst whose Chinese name is Hu Run, says, “China today has more billionaires than the US and India combined.” It must be added that a Barclays Wealth Report found in 2014 that around half of China’s rich intended to move to another country within five years. Six years later, several of these incredibly wealthy people who have left mainland China can be found in Singapore, Australia, Canada, the US and Hong Kong-London, in that order. To take just one of them, Cheung Chungkiu, a building promoter from Chongqing, already owned a £1.15 billion skyscraper in the City of London but has recently paid more than £200 million for a 45-room mansion overlooking Hyde Park. It is ranked as the UK’s most expensive house. The hugely enjoyable film, Crazy Rich Asians, isn’t just romantic comedy after all.

Disruptions like the closure of China’s Houston consulate or the US indictment of two Chinese nationals for cyber espionage and other offences have nothing to do with ideology. However much the Americans might huff and puff over Hong Kong or the Uighurs, they will quieten down sooner or later as they did over Taiwan and Tibet. Washington knows that whatever it might cost Beijing, the loss of cheap Chinese imports will substantially raise American living costs. To quote another US president when West Asians were thought to be getting stroppy, Texas can’t eat its oil. China, which imports over 70 per cent of its oil, has huge trade interest in the Lone Star state, which is one of America’s largest exporters of crude. Although China’s remittances are now below India’s ($67 billion to $79 billion), the Chinese remain far more loyal to the motherland. The panic-stricken withdrawal of funds by well-heeled Indians in the US that contributed to the 1990 fiscal crisis is unthinkable in a Chinese context.

Real problems for the US relationship may arise if and when China outgrows its present presidential autocracy. If property-owning democracy replaces authoritarianism. If there is another — and successful — Tiananmen square explosion. Singaporean optimists liked to predict that increased prosperity would evolve some form of shared decision-making. There is also the possibility of the ancient joke about Brezhnev’s aged mother, dazzled by her son’s affluence, wondering what might happen if the communists get back, coming true. Beijing has little to fear from any presidential order based on ideology because the party matters far less than profit and power.

When the revered Soong Ching-ling sought to join the CPC in 1957, Liu Shaoqi, then president, told her, “it was thought better for the revolution that she not join formally, but that she would thenceforth be informed, and her opinion sought, concerning all important inner-party events, not only those involving the government.” Sun Yat-sen’s widow, the one Soong sister who loved China, was not admitted to membership until May 16, 1981, less than two weeks before her death. If push does come to shove, Xi can always dissolve the CPC and abolish communism as the Soviet Union abolished god. With its vast reserves and the People’s Liberation Army, China doesn’t need the CPC. Without it, Donald Trump will have to hunt around for some other windmill at which to tilt his lance.