The future of the Quad 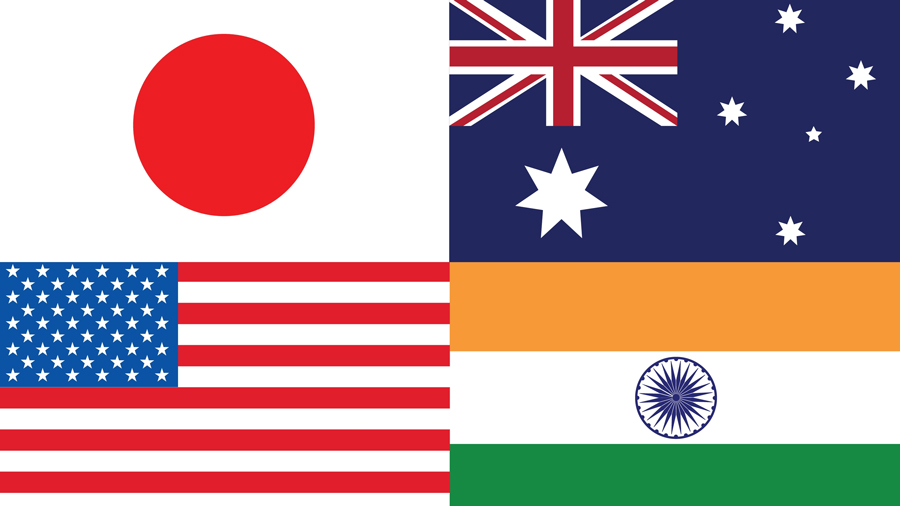 The Quadrilateral Security Dialogue, an informal arrangement among the United States of America, India, Australia and Japan, has gained prominent space in the larger public domain. On March 12, the US president, Joe Biden, hosted the first-ever summit-level meeting of the Quad that was attended by the executive heads of all four democracies.

In their joint statement, an attempt was made by the four leaders to signal that the arrangement has multi-dimensional functionality. The statement reflects an ambition in terms of defining security and areas of cooperation broadly by including “shared challenges, including in cyber space, critical technologies, counterterrorism, quality infrastructure investment, and humanitarian-assistance and disaster-relief as well as maritime domains”. The potential of the arrangement has excited the public at large, particularly keen observers of and practitioners in the Indo-Pacific region. In this respect, moving away from the rhetorical pitch of the four leaders that accompanies such formal summits with the concomitant public relations exercise, the overall scope of the arrangement should be examined objectively. In this regard, the often neglected domestic impulses over foreign policy and informal international arrangements should also be factored in as these could be both an enabler of as well as an impediment to the goals and objectives.

In all the four countries, there is public goodwill attached with the Quad in contrast to other fora established recently in Asia. The reasons are not hard to decipher. The four are established democracies and the already existing people-to-people contact among the four countries acts as an incentive for the democratically elected political elite in each one of these nations to engage with one another with ease. China’s political, economic and military heft has given the forum an additional weight in popularizing the group in the larger public space. Each of the four countries has been at the receiving end of China’s hyper-nationalist economic or militaristic designs.

In Australia’s case, the present political elite, which was earlier sensitive not to annoy China, particularly during the rule of the Labor party, has now come out openly to join the Quad. Australia’s criticism of China’s handling of Covid-19 led to Beijing’s retaliatory policy of imposing high tariffs on Australian beef and wine exports. Indian public opinion is still raging against China’s military aggression along the Line of Actual Control on Ladakh’s frontier. The perennial highs and lows of the Japan-China antagonism rooted in World War II continue on account of various factors, including territorial contestations over the Japanese-controlled Senkaku Islands. The US-China relationship is a subject of enormous and voluminous details. In brief, the economic relationship continues to be tarred by China’s alleged currency manipulation, unfair trade practices, the charges of hacking of government and corporate data, among other aspects. Although the Biden administration has given diplomacy and corralling of allies in Asia precedence over the polemical impulses of the Trump era, the de-facto reality is that the new US administration will continue to play hardball with China. All four Quad countries have strong economic interests in the ethnically and religiously diverse group of Southeast Asian nations, a vibrant economic region with varying political systems and a population of over 655 million.

In each of the four countries of the Quad, there are domestic factors that need to be considered in terms of realizing the long-term potential of this group. First, the ability of the US, which is the prime anchor in this arrangement owing to its unrivalled economic and military strength, hinges on the ability of the Biden administration to strike a balance between domestic protectionist impulses and an ambition to restore the country’s leadership in the globalized economy, particularly in Asia. Jake Sullivan, the national security adviser, has reiterated that the Biden government wants a foreign policy that seeks to strongly factor in the interest of middle-class America. In a highly polarized US, the blue collar workers, particularly in the mid-West, are nearly evenly split in the swing states between the two parties. This may constrain Biden’s ability to support economic policies that are aimed at diversifying the supply chains based on the logic of comparative advantage in the area of manufacturing.

Coming to Asia, Japan’s participation in international coalitions to maintain peace and security has been constrained on account of Article 9 of its Constitution. The provision forbids Japan to exercise the use of force as a means of settling international disputes. The earlier reluctance had been shunned by the Japanese political establishment and the provision has been creatively reinterpreted in the recent past. Japan’s Self-Defense Forces had started participating in UN peacekeeping operations since the 1990s. However, there is still internal resistance on the question of completely giving up Article 9. The internal debate on its abolishment will leave its imprint on the broader scope of the Quad’s future role. Australia has excitedly tied its fate with the Quad but the return of the Labor party in the upcoming elections may influence its future engagement with the grouping.

India may prove to be crucial, just as it has during the Covid-19 crisis, with its manufacturing capacity because of labour surplus. Diversifying supply chains is at the heart of ensuring a free, open and inclusive Indo-Pacific region. Support to development of India’s infrastructure would be crucial to any strategy in this regard. Many in India have urged for a cautious approach that is predicated upon maintaining strategic autonomy. Indian’s participation in the Quad’s potential should certainly not be at the cost of its role in other fora, such as the Shanghai Cooperation Organisation and BRICS where China is a co-member. The frequency of Sino-India territorial contestations along the LAC flared up in 2013, 2017 and 2020 just as India’s role in the SCO was increasing. India joined the SCO as a full-fledged member in 2017 after becoming an observer in 2005. A forum like the SCO, much like the Quad, is not a guarantor of peace between India and China along the LAC. However, the Quad’s multi-dimensional potential is much higher compared to other fora because of various factors.

On top of it, each country within the Quad will continue to trade and engage with China. Apart from being a member of the P5, it is the world’s largest economy when measured by Purchasing Power Parity. On issues of global importance such as climate change, China’s participation is pivotal as it reportedly emits 28 per cent of the world’s total CO2 emissions.

To sum up, the Quad provides a platform for four democracies to discuss and formulate strategies in meeting the prevailing common set of security and economic challenges. But to continue the momentum in the future and to create a connection between ambition and execution, the Quad requires a detailed blueprint by factoring in the local realities of all its constituent members.