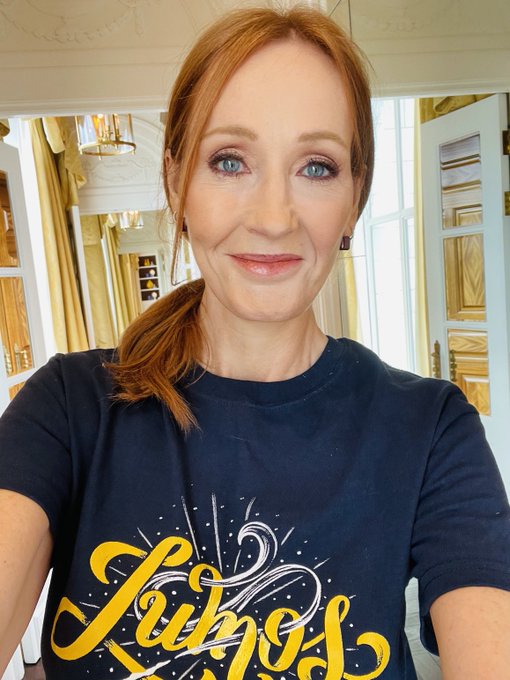 Jack, the hero of J.K. Rowling’s delightful new fairy-tale, The Christmas Pig, depends on Dur Pig, aka DP — “a small toy pig made of the same material as a soft towel” — for comfort and solace whenever he is sad, or upset, or confused. The slightly battered, “greyish and faded” stuffed toy is an unfailing source of hope and strength for Jack, helping him navigate the several crises of his young life. If you want to find out what happens to Jack and his beloved DP, especially after DP is lost, read the book, but the basic premise of Rowling’s tale — that we humans tend to turn to old, familiar things in times of crisis and confusion — is something that we have all come to recognize even more clearly than usual in these strangely disorientating times.

Many have resorted to objects, people, and places associated with older, more ‘normal’, more cheerful and predictable times, to help them cope with the pandemic. For some, this has taken the form of posting photographs of their childhood, or school, or vacations, and so forth, on their social media platforms. For others, this has led to the seeking out of friends they may not have been in touch with for years, if not decades. An acquaintance has taken to posting his baby pictures on Facebook, often juxtaposed with photographs of his own children (who are now adults) as babies. I, too, have often returned to the happier moments of my childhood and youth, my attempts to find certitude taking the form of rereading those tales that had brought me such joy when I was younger and far less confused than I am now. I’ve gone back to favourites like the Rays, Sukumar and Satyajit; Enid Blyton; Agatha Christie; Lewis Carroll; Terry Pratchett; Arthur Conan Doyle; and several others whose writings have become part of what I like to think of as my essential self. One writer, whom I had not thought about for decades and whose works I have been frequently dipping into during these parlous times, is the prolific Charles Hamilton (1876-1961), whose Billy Bunter books, written under the pseudonym of Frank Richards, were the source of much pleasure to the schoolboy me. Rereading the books about the lads of Greyfriars boarding school and their adventures has not only been a delightful escape from the stresses of these strange times but also made me reflect upon some of the things that pass for uncritical political correctness in contemporary literary and cultural analyses. Take, for example, Hurree Jamset Ram Singh, the “Nabob of Bhanipur”, who is one of the major figures in the Billy Bunter stories. There was a time when I would sneer at the absurd characterization of the ‘Nabob’, his bizarre English locutions, and the frequent references to him as “Inky”, as symptoms of Hamilton’s unthinking Orientalist vision. In his essay, “Imaginary Homelands”, Salman Rushdie had taken exception to the depiction of the Nabob, relating Hamilton’s portrayal to a deep and abiding racism that, according to Rushdie, is still widely prevalent in England. “Recently, on a live radio programme, a professional humorist asked me, in all seriousness, why I objected to being called a ‘Wog’. He said he had always thought it a rather charming word, a term of endearment. ‘I was at the zoo the other day,’ he revealed, ‘and a zoo keeper told me that the wogs were best with the animals; they stuck their fingers in their ears and wiggled them about and the animals felt at home.’ The ghost of Hurree Jamset Ram Singh walks among us still.” But rereading the Bunter stories, I was struck by how much more noble, generous, intelligent, and courageous the good Nabob is, especially when compared to the pusillanimous Billy. Hurree is one of the “Famous Five”, the leaders and champions of Bunter’s class, a superb athlete and cricketer, and an unfailing friend in need — including to the usually greedy and grasping Billy. In many ways, he embodies the best attributes of a sort of imagined noble Englishness (decency, fair play, camaraderie, sympathy for the deprived, and much more) that Bunter, and many of the other authentically English characters, so spectacularly lack. But enough analysis. What I’m trying to get at is that this reversion to things from our (happier) past may not always be a way of escape. Such throwbacks often help us grapple with our present selves, and the times we live in, aided and abetted by the recollection of our younger versions in juxtaposition with ourselves as we are here and now.

Another author from my childhood who has been on my mind lately is Kenneth Bird, whose series of books about Himself, the Talking Dog, and his master, Timothy the Tinker, gave me endless hours of unalloyed joy and also painted — if memory serves — a wonderfully evocative portrait of the relationship that can exist between humans and other animals, especially those which we tend to think of as our property. Strangely enough, Bird and his canine creation seem to have disappeared from view. The only entry on the author I could find on the ‘net was in the French Wikipedia — the English version has no entry either on Himself, or his creator. Amazon does not stock any of the Himself titles either. Which is a pity because, like with the Billy Bunter books, I have a feeling that I would find much pleasure and instruction if I could only go back and re-devour the tales of the remarkable canine and his eccentric master. My New Year’s resolution is to try and get hold of some of the Himself books and see for myself if what I remember about these tales still holds true, or whether I’ll have to carry out a re-evaluation of my relationship with them. Which, I suppose, is one way of trying to get through this interminable time of virus-induced panic and despair. Have a happy 2022!