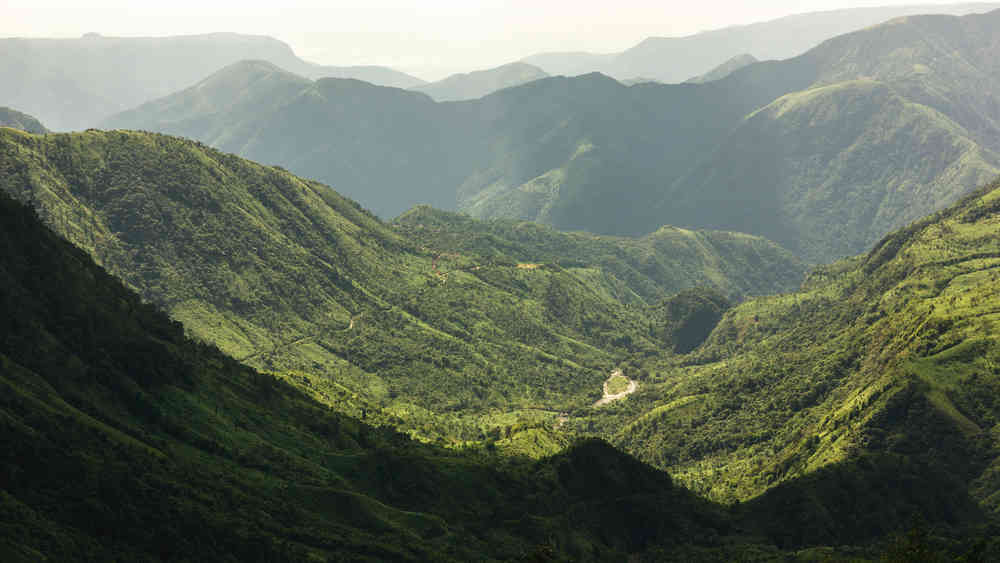 A wide green valley covered with lust forests in the Khasi Hills near Cherrapunjee in the state of Meghalaya in northeast India.
Shutterstock
The Editorial Board   |   Published 25.10.21, 12:16 AM

The signs of green turning grey are everywhere; but few bother to read them. A new study has revealed that India has lost nearly two million hectares of tree cover — this includes plantations as well as natural forests — over the last two decades. Of this, the northeastern states account for 76.7 per cent. But this should not come as a surprise — the decline in green cover in the Northeast has been discernible for quite some time. Even two years ago, the India State of Forest Report 2019 showed that while forest cover in many parts of the country had increased, it had decreased in all northeastern states apart from Assam and Tripura. However, the then environment minister had decided to wish these symptoms away by claiming that they were not “yet a matter of concern”. What makes the situation all the more worrying is that the Northeast, which is home to one-fourth of India’s forest cover, houses a number of endangered species of flora and fauna. Shrinking tree cover would undoubtedly threaten the biodiversity of not only the region but also the country.

A targeted investigation into tree cover loss — the complete removal of tree cover canopy — is the need of the hour in order to address the problems typical to the region. For example, shifting cultivation poses a grave threat to its green cover. Besides clearing off vast stretches for farming, it aggravates the risk of forest fires — the average number of such calamities in northeastern states is twice that in central states. Alternative farming practices need to be incentivized and local communities sensitized about the need for forest conservation. Further, policy intervention must focus on sustainability. For instance, the Centre’s plan to introduce oil palm cultivation to discourage the jhum practice has invited sharp criticism from environmentalists — these plantations, it is argued not without reason, damage the quality of soil irreversibly. If India is to fulfil its target of increasing its green cover to 33 per cent to meet the Paris Agreement goal, then such short-sightedness will not suffice. Instead of tweaking laws to make nominal changes to the status of forests — the proposed amendment to the Forest (Conservation) Act, 1980 is a recent example — the government needs to crack down on lopsided templates of development that cause large-scale deforestation. The crisis is not restricted to the Northeast alone — the national capital may lose over 5,000 trees to a ‘development’ project. As such, a fundamental change in perspective is imperative. No progress can be ushered in at the cost of nature. Will the government understand this before it is too late?