China is attempting a large-scale rewriting of history

Burning maps, which is instrumental to China’s actions in the future, is an inseparable part of this project 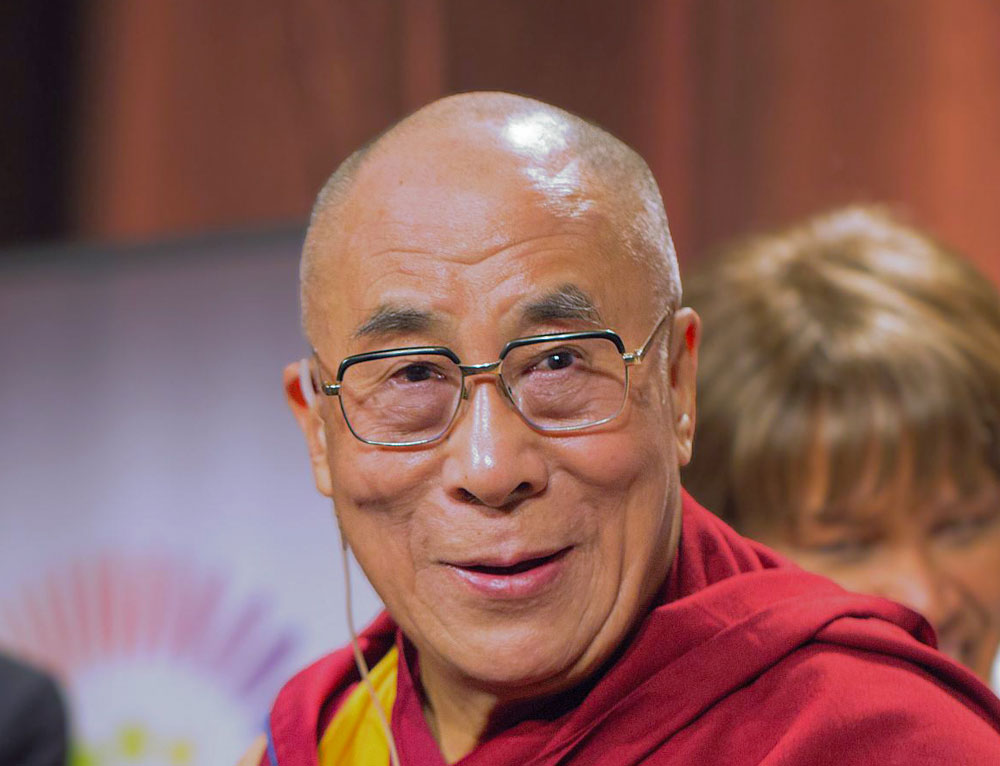 The burning of 30,000 old maps in China occurred a week after the Dalai Lama expressed the possibility of finding his successor in India
(Wikipedia)
Prabhakar Singh   |   Published 29.04.19, 01:08 PM

On March 26, the Press Trust of India reported that the People’s Republic of China has destroyed some 30,000 old maps. Printed in China, the allegedly “incorrect” maps had depicted Taiwan as a separate state and Arunachal Pradesh as part of India. Such unprecedented, large-scale map burning mimics State-sponsored rewriting of history textbooks. The burning of maps has, incidentally, occurred after China’s foisting of a ‘nine-dash line’ map of the South China Sea a few years ago. What lies behind China’s cartographic aggression?

While Taiwan is a case of the ‘One China’ policy endorsed by the government, China’s claim on Arunachal stems from the Cultural Revolution in Tibet. The Panchsheel treaty that China and India signed in 1954 had advanced bilateralism as the preferred method of conducting Sino-Indian conversations. During the Cultural Revolution, China purged Buddhism, leading to Tibetans fleeing to India. Jawaharlal Nehru’s welcoming of the Dalai Lama in 1959 irredeemably soured Sino-Indian ties.

Significantly, the burning of the maps in China occurred a week after the 14th Dalai Lama expressed the possibility of finding his successor in India. Consequently, the Dalai Lama said, one could witness the emergence of two spiritual heads; one ritually anointed and the other appointed politically by Beijing. A week before the Dalai Lama spoke, China had vetoed India’s request to list Masood Azhar as a terrorist recognized by the United Nations.

What binds maps to China’s relationships with its Asian neighbours? In the Temple of Preah Vihear case of 1962 between Cambodia and Thailand, the International Court of Justice declared maps, accurate or otherwise, to be part of treaty interpretation. That ruling had the political impact of making maps suspect for states such as China and Thailand. They were for China disposable evidence to push for territorial consolidation.

Within a month of the Temple decision, India’s then legal advisor, K. Krishna Rao, wrote that the Temple case shall act as a binding precedent on the China-India boundary dispute. Four months later, a war between China and India erupted in the Himalayas. China had then accused India of dodging direct negotiations for Western and, therefore, suspect international law. Then came the Vienna Convention on the Law of Treaties, 1969, which made the renunciation of boundary establishing treaties illegal. The Temple precedent, together with the suspect nature of Western law during the Cultural Revolution, offered China an excuse against third-party arbitration of territorial disputes. Today, Beijing has chosen cartographic aggression, which subverts the UN principles of territorial stability and peace with slow and measured map-related actions.

China, unlike India, has for long rejected European treaties as a sign of colonialism. In 2009, China clarified that only blue-water colonialism spawned by European states is the kind of colonialism that should be renounced by the UN charter and other general assembly resolutions. Having ‘defined’ European colonialism, China is now attempting a large-scale history rewriting project. Map burning, which is instrumental to China’s actions in the future, is an inseparable part of this project.