Chief ministers are the Numero unos in their states 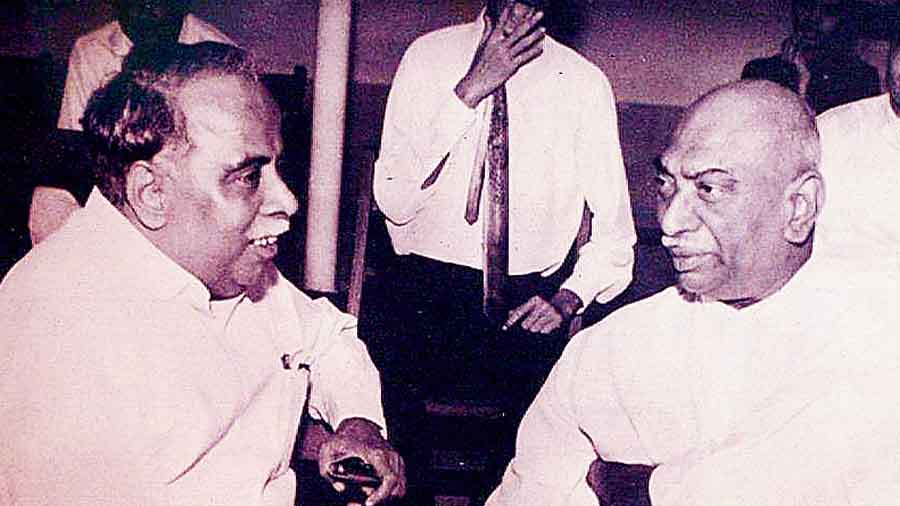 The prime minister of India is Numero uno. And that is how, in an electoral democracy, it should be. The person who commands the majority in Parliament is in command of India.

But India being India, the same dynamic makes our chief ministers Numero unos in their states. Be it Mamata Banerjee, who is about to contest a much-watched by-election to th West Bengal assembly; be it Yogi Adityanath who is gearing up to fight for a second win to power in Uttar Pradesh. Or be it Uddhav Thackeray who has taken to the chief ministership of Maharashtra as to the manner born and M.K. Stalin who has done likewise in Tamil Nadu. They hold sway over millions and hold their own vis-à-vis the Centre. This, too, is how it should be.

But I will start with a story pertaining to another chief minister of the state, C. Rajagopalachari (years in office: 1952-1954), that I was told about by a venerable resident of Chennai, Kangayam R. Narasimhan. In 1959, when Narasimhan was a student at Loyola College, Rajaji was invited to the college’s annual day. He had demitted office as chief minister five years earlier but his stature was what it always was — sky-high. Medals were handed by him to Loyola’s high achievers on the occasion, Narasimhan a brilliant student of economics being among them. Prize-giving over, Rajaji started his speech by saying something like this: ‘It is given to but a few to receive medals. I congratulate those who are doing so today. But allow me to say that those who receive medals do not necessarily do well in life. Those who do not, do somewhat better. Take my own case…’ And with that he brought the house, 99 per cent of which had won no medals, down.

Rajaji, for all his famed intellect, had won no medals in school or in college. Destiny had made him a sought-after medal-giver, not a soon-to-be-forgotten medal-receiver. It was in the state of Madras, which he had helmed as ‘Premier’ from 1937-1939 and chief minister fifteen years later, that the Rajaji legend had grown, making him known as Gandhi’s southern General, a position that over-arched his being India’s first and last governor-general. And it was again in Madras that he was inspired to found in 1959 — the same year as of the Loyola event — the Swatantra Party. The octogenarian was to puncture the Congress’s ‘one party rule’ across many states and, most significantly, catalyze, in 1967, the demolition of the Congress in Madras state by the DMK-Swatantra coalition, making that province a symbol of the power of India’s regions and of its ‘provincial’ leaders. Rajaji has many achievements — political, administrative, intellectual, philosophical — to his credit but one that history will recognize as pivotal is his helping India realize the criticality of its regions and, very particularly, of its chief ministers.

Rajaji’s successor as chief minister, K. Kamaraj, had dropped out of high school at the age of eleven and, as a consequence, received no sustained ‘education’ and, so, no medals. But no one knew the region he belonged to, understood the strengths of his people and their weaknesses, better than this son of Virudhunagar. Tamil Nadu was, for Kamaraj, like a goading medallion on his palm — a criss-cross of problems and of opportunities to solve them. A notable figure in local politics by the time he turned eighteen, Kamaraj had decided, irreversibly, to be a nationalist in the Congress’s Gandhi-Nehru mould, acquiring personal charisma from his uncompromising integrity, unwavering commitment and unflagging energy, which the nearly 3,000 days that he spent in the raj’s various jails only intensified. By the time he finished his last prison term under ‘Quit India’ in June 1945, Kamaraj was Tamil Nadu’s tallest leader after Rajaji whom he deinstalled from office and succeeded as the state’s chief minister in 1954. And what a formidable chief minister he made over three successive terms! Industrializing the state, strengthening its agricultural infrastructure and its educational sinews, he became for India’s national leaders, from Prime Minister Jawaharlal Nehru down to other ‘provincial’ leaders like himself, Kamaraj-ji, the wise ‘Madrasi’, a concentrate of experience and understanding, a go-to person for party-crises, policy-choices, political strategies. More than anything else, the ‘man-of-few-words-but-many-insights’ Kamaraj became a silo of solutions for national problems, the most daunting of which faced the Congress after its electoral setbacks in 1962. Resigning from office on Gandhi Jayanti, October 2, 1963, Kamaraj proposed to Nehru that senior ministers resign to take up organizational work. The Kamaraj Plan, as it came to be called, had mixed results but it was an unmixed lesson in a chief minister heaving national tectonics. In Nehru’s declining years, Kamaraj became the Congress’s inevitable choice for its presidentship — a fortuitous elevation because as Congress president, Kamaraj was able to navigate the prime ministerial transitions from Nehru to Shastri and from Shastri to Indira Gandhi. India owes to Madras and to its leader, Kamaraj, the safe handling of those two national leadership crises.

Coming from an opposite pole, C.N. Annadurai, the last chief minister of what was ‘Madras’ and the first chief minister of what became, at his initiative, ‘Tamil Nadu’, unfurled the first non-Congress government in the state. As leader of the Dravida Munnetra Kazhagam, this political descendant of Periyar E.V. Ramasamy and the Dravidar Kazhagam, was the very embodiment of Tamil identitarianism, Dravidian assertion and regional pride. Elected to the Rajya Sabha in 1962, he stunned Parliament and through it the nation by his oratorical fluency but even more by his ideational autonomy. Not a Marxist and yet a soldier for social justice, he flaunted no ideology, no creed. Secular he of course was. He also hated bigotry. An opponent of Hindi domination, he bore not the slightest ill-will for the language of Premchand, Nirala and Mahadevi Verma. A plain and simple sense of his part of the country, hoary in time, classical in cultural stature, being short-changed by North-centric India made him speak passionately of Tamil Nadu’s hurts and hopes. Prime Minister Nehru heard him in Parliament, quite gripped, as did future Prime Ministers, Lal Bahadur Shastri, Morarji Desai, Atal Bihari Vajpayee, Chandra Shekhar. That he had come to the Rajya Sabha with the blessings of both Rajaji and Periyar added a further dimension to the future chief minister’s appeal. It made him a federal icon. When, after the Sino-Indian war, Annadurai formally gave up the DMK’s plank of separatism for a charter of federal aspirations, his place in the scroll of national statesmen was assured.

Kamaraj and Annadurai are much more than former chief ministers of the state in which Tamil flourishes. They are role models for chief ministers who want federalism to flourish, for India to be freed from dominations, whether of region or language or creed. They are, above all, exemplars of the kind of statesmanship that chief ministership calls for not just because chief ministers are likely future prime ministers but because they can tell prime ministers that a great river is made of waters that flow into it from catchments and from tributaries that feed it mid-flow. Chief ministers have it in them to show how India, a Union of states, is nothing but India’s states that the Indian Union holds together for the states’ and for India’s greatness. And they wear a medal coming from the mint called India, with Bharat written on its obverse in Hindi and on its reverse in every Indian script.