The BJP’s Kashmir policy, as is the case with most of its policies, is riddled with inconsistencies and ideological blinkers 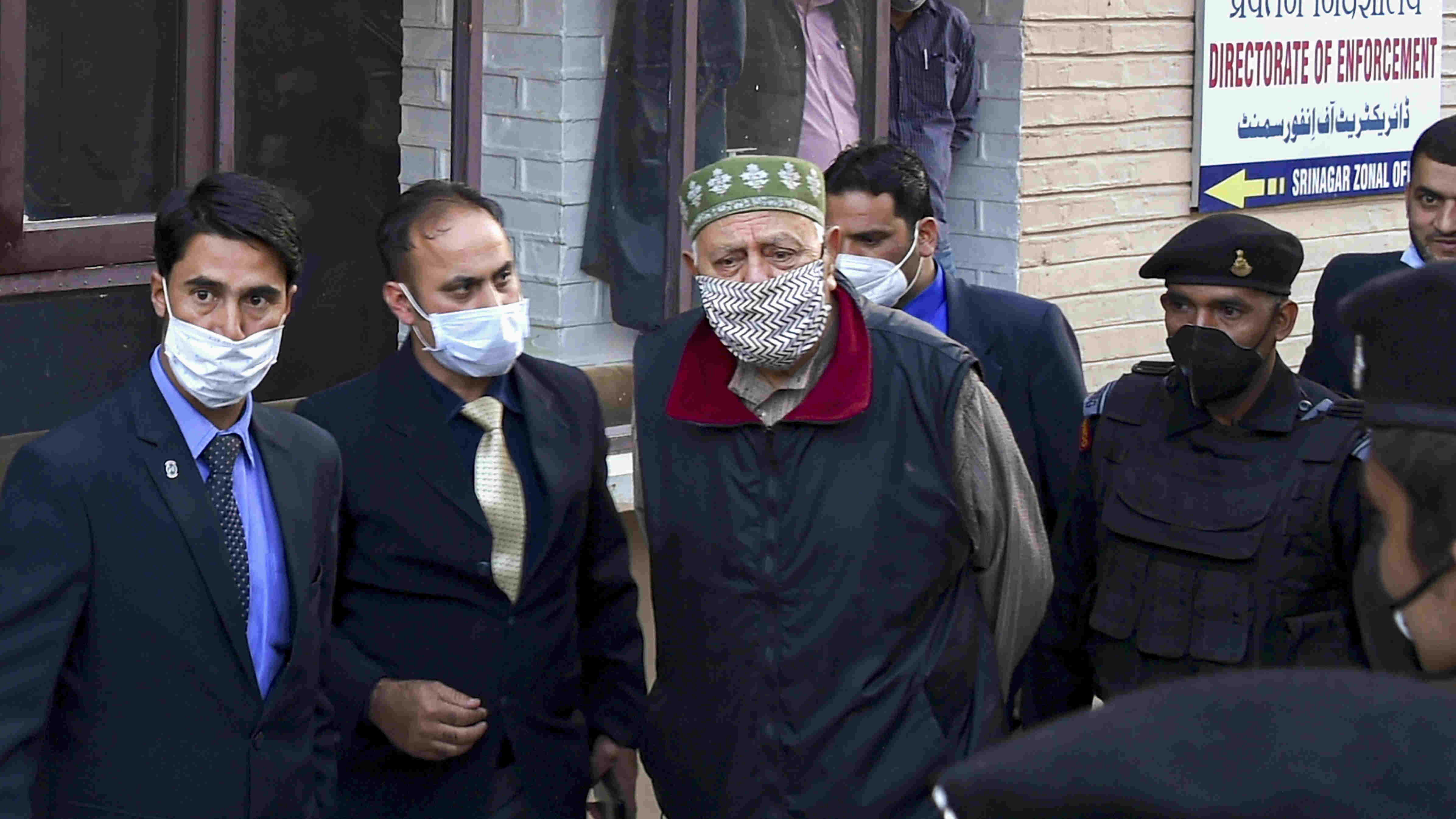 National Conference President Farooq Abdullah leaves the Enforcement Directorate (ED) office in Srinagar, Monday, Oct. 19, 2020. The ED on Monday questioned Abdullah in connection with a money-laundering probe in a case related to the alleged embezzlement of Jammu and Kashmir Cricket Association funds.
PTI
The Editorial Board   |     |   Published 20.10.20, 01:06 AM

Having built New India, has the Bharatiya Janata Party-led government at the Centre now begun building ‘Naya Kashmir’? The possibility — it has raised concerns within the political fraternity in Kashmir — cannot be dismissed. An amendment to the Jammu and Kashmir Panchayati Raj Act has led to the facilitation of direct election for members of the District Development Councils. Having divested Kashmir of statehood and, in the process, dismantled its political framework, the Centre is now keen to project this intervention as the restoration of a semblance of democracy. But are elections — the board members were nominated earlier — the only sign-post of a functioning democracy? It must be borne in mind that the amendment to the Jammu and Kashmir Panchayati Raj Act came in the light of an unprecedented realignment in the restive region’s political firmament. Several prominent regional parties — the Peoples Democratic Party and the National Conference are among them — decided to come together under the People’s Alliance to uphold the Gupkar Declaration. Among other demands, this charter seeks to restore Jammu and Kashmir’s status and rights that had been abrogated in August last year. Direct elections to the DDC could well be the Centre’s response to undercut the political potential of the People’s Alliance. Public endorsement of the revamped DDC, the BJP is hoping, would discredit the constituents of the People’s Alliance; the resultant vacuum could then be filled by India’s ruling party.

Unsurprisingly, Kashmir’s parties view this move not only as an assault on regional autonomy but also as an attempt at depoliticization. The strategy to bypass the Valley’s legitimate political representatives — as many as six parties are in the People’s Alliance — to reach the people cannot be an endorsement of democracy. In fact, the chances of the polls to the development councils succeeding would have brightened if the Centre had opted for a process that prioritized consultation and consensus. A true democratic set-up cannot be run via remote control. In spite of their squabbling, Kashmir’s political parties have helped sustain democracy through a period of unprecedented turmoil. New Delhi cannot risk alienating these parties or, worse, watch as they turn rogue. That could deepen the crisis in Kashmir. The BJP’s Kashmir policy, as is the case with most of its policies, is riddled with inconsistencies and ideological blinkers. The price of this myopia could be steep.