Celebrating democracy in a classroom 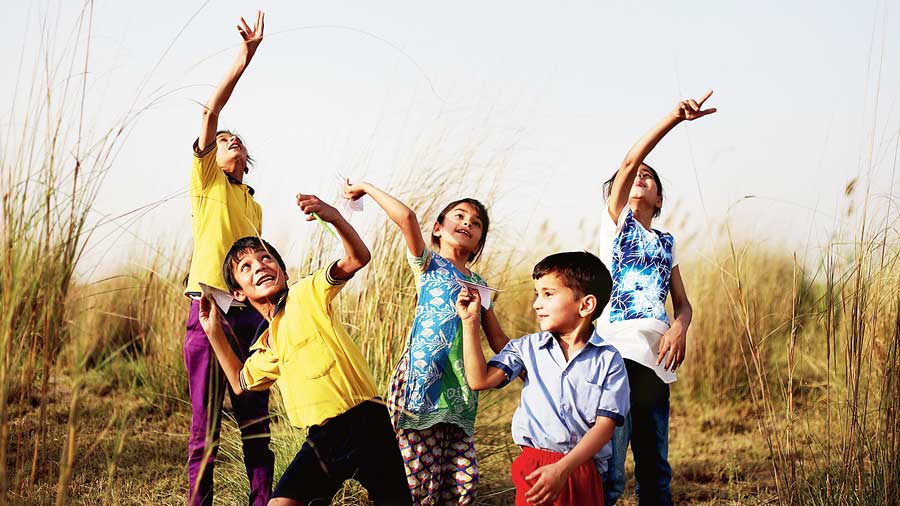 Democracy today belongs more to the dismal science of governance, the pomposity of policy, than to the dream world of utopias and other inventions. Democracy is no longer playful, replete with plurality and emergence. It is a rule game emphasizing the emptiness of procedure, the logic of numbers, rather than the dreams of a good life. Even the idea of ‘wellness’ belongs more to advertising and cosmetics than being a healthy nutrient to politics. For many critics, the idea of democracy today invokes the drumbeats of technocratic governance. Yet, my critical friends point out that while the nation state is drab, our nationalism was a costume ball of ideas, possibilities, dreams and pluralities. Nationalism was playful and hospitable, open to dissenting Englishmen and women: where else would one find an A.O. Hume, a sister Nivedita, a Patrick Geddes, a C.F. Andrews providing recipes for a future nation?

The point in particular was emphasized by many of the wise social scientists I know. They told me nationalism was not a dream about States; it also invented dreams of alternatives. One particular preoccupation was childhood. The nationalist argued that we would be liberated when childhood became free.

Patrick Geddes believed the city would be free if childhood was joyous and playful. Civics for the Scottish biologist began with childhood, and politics and planning were extensions of creative pedagogy. Mahatma Gandhi dreamt a whole world of science around the charkha. The charkha, he suggested, could link the Sermon on the Mount to Pythagoras. The theosophists led by Annie Besant reinvented the boy scout movement, erasing the traces of Aryan supremacy that Robert Baden-Powell had created after the Boer War. For Rabindranath Tagore, childhood was a mere synonym for art and utopia. Sadly, the bleakness of childhood adds to the dullness of the nation state. At these moments, I was reminded of my father’s favourite game — the idea of thought experiments. A heuristic of ideas which could resuscitate the rigor mortis of a concept. My father felt that politics was not inventive enough. It needed both the plumber and the utopian in equal measure.

He would add that such games should have inventive, imaginary characters, exemplars who provided laughter and insight to the exercise. They should be an improbable mix of Gandhi, Geddes, Blake, Tutu, Kabir and the Dalai Lama.

Think of democracy in a classroom. What metaphor would you associate with it, a manifesto, a rule book, a testament? Imagine Geddes claiming it is a tree. There is no such thing as a tree. Biologically, a tree is a commons of connectivity. A tree connects to, reciprocates, sustains at least 40 trees through its roots system. Democracy, by being tree-like, becomes a communicative system, inclusive of the whole. Without language, gossip and communication, our tree of democracy would be dead.

As a commons of connectivity, a tree does not work on the logic of economics. Democracy has to suspect the utilitarian calculus. You cannot have representation and cost-benefit speak the language of suffering. Childhood should be replete with proverbs, folk tales, myth to understand justice. Desmond Tutu would emphasize this by showing how an ordinary folklore term like ubuntu out-thought Anglo-Saxon law. The Dalai Lama would quickly add that one has to remember democracy is not a rule game. Rules can be corseted and constraining. Democracy is play; it focuses on fantasy, everydayness and surprise. Gandhi would add that democracy is a playful experiment, an experiment on oneself invented in the ashram of the mind. One must never yield democracy to an arid think-tank. One needs the ashram to sustain play and the sacred because democracy is always a play of possibilities, an act of storytelling.

Geddes and Blake would add that one should not treat democracy as a science. Often in our obsession with order and stability, we become victims of authoritarianism. Democracy needs uncertainty, disorder, to invent the unpredictable. Without dissent and alternatives, democracy grows arid and boring, like a dull school. Democracy as a set of diktats becomes a tutorial college; nothing destroys childhood more than discovering the predictable.

Watching the experiment with delight, a philosopher like Raimundo Panikkar might step in and suggest language and dialogue are critical. Democracy is a pilgrimage across differences. One must invent the Other and the stranger to sustain democracy. Words like minority become constraining. They oppress. They constrain. One has to use the idea of citizenship; otherwise ‘minority’ would become a handicapped part of democracy, which, in turn, would become a three-legged race, when the rest are running wild and free. Dialogue and diversity create freedom and difference. Schools and democracies should have more of these.

Gandhi was listening to the discussion delighted with the weave of the conversation. Each idea he felt was like a prayer, a shloka on behalf of democracy. Democracy as a wager on human nature begins with prayer. One has to begin with the body and the sensorium, learn to touch and feel. To label someone as untouchable is to belittle the sensorium. Dissent and satyagraha begin with the body because the non-violent body defines the grammar of the body politic.

To this Blake would add time, a poetics-variegated time, from the cosmic to the cyclical. Without time and dream-time, democracy would be arid. Geddes would show how timetables in their linearity threaten democracy. Democracy, Geddes would say, feels like a garden but the primordial and the forest should haunt it.

Children would easily grasp such concepts, invent games and possibilities around democracy and its metaphors, its rituals, its sense of life as sacred. Just as the meeting is about to stop, Gandhi weaves and recites a prayer. Play and prayer make democracy. There is a sense of joy all around us. Children invent and add their games of possibility. They sense the drama of democracy and the need to add their little performances to it. In this lies the future of the democratic world. A little child got it right when he excitedly said, democracy is like Home Science, a cookbook of concepts. You have to taste it, smell it, so it comes alive. Democracy needs cookbooks of hope, the child said with delight.