Is the government weaponising economic data?

After debunking faith in numbers, assertions by powerful and charismatic leaders can be projected as the truth 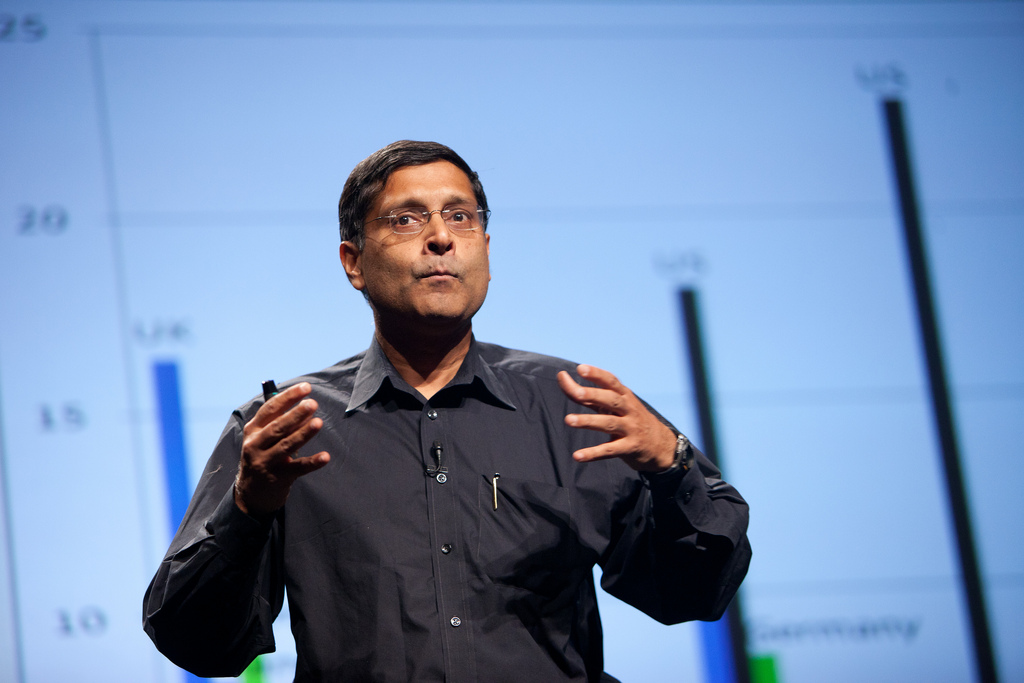 The comment on the weaponisation of economics by former chief economic adviser Arvind Subramanian is a telling indictment of the way political interests trump such other considerations as veracity and transparency
Photo by PopTech / Flickr
The Editorial Board   |     |   Published 05.12.18, 02:38 AM

The comment on the weaponisation of economics by the former chief economic adviser, Arvind Subramanian, is a telling indictment of the way political interests trump such other considerations as veracity and transparency. The latest round of revisions in the rate of growth of gross domestic product is a perfect example of the use of alternative statistics to score political brownie points. Since the National Democratic Alliance government came to power, a number of revisions have been made in the way macroeconomic data are computed and presented. In each case, however, the revisions were such that economic growth appeared to be better during the NDA regime and worse during the rule by the United Progressive Alliance. The average citizen has no idea why and how growth rates are re-calculated. The methodological changes are not very transparent even to economists who are technically well versed in these computations. Hence the advantage claimed by the government could be in doubt because estimation methods can vary and errors could be significant.

The latest round of revisions is a little more blatant than before. The National Statistical Commission, a neutral body of reputed experts, came up with a set of revised ‘back-data’ of growth rates where a new base year was used. The growth rates turned out to be very healthy during the UPA regime and the more recent figures under NDA rule looked relatively weak. Immediately there were comments that this set of computations was incorrect and depicted a false picture of the economy during the UPA government’s rule. Now, the Central Statistics Office has come up, under the tutelage of Niti Aayog, with a new set of figures which shows a significant lowering of the growth rates for the same period. The CSO is a government department while the Niti Aayog comprises political appointees. The Centre claims that the latest data represent a more accurate picture.

The first implication of this is a reaffirmation of what Mr Subramanian said. The government will have little or no qualms about massaging or simply supplanting data that it does not find useful. The government is ready to do this quite blatantly. The second fallout of this strategy is that official data would lose their sanctity. Hence very few people will believe in statistical evidence. For the NDA government this erosion will, however, serve a useful purpose in the long run. Having debunked all faith in numbers, it can use assertions made by powerful and charismatic leaders to be nothing but the truth.