The promise of the Constitution continues to be an illusion for many as social, political and economic justice remain distant; the State continues to play oppressor's role 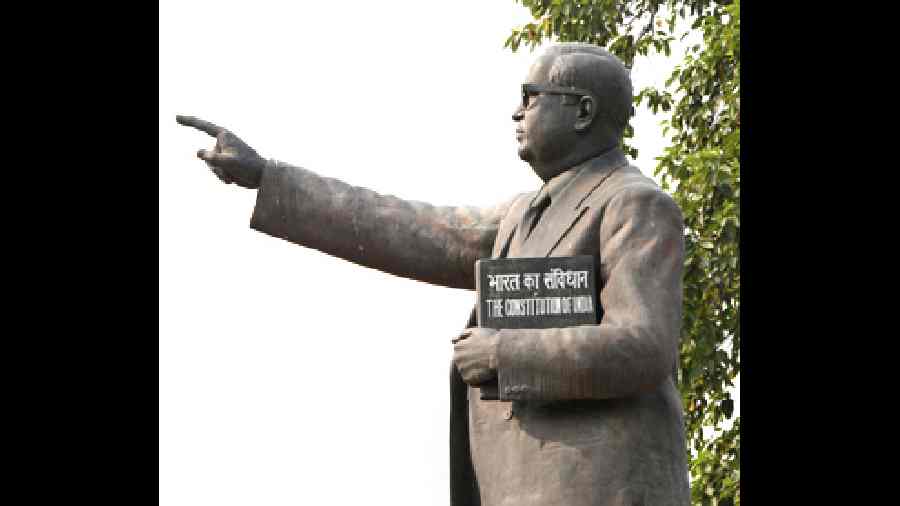 What is interesting about Ambedkar’s invocation of the phrase is his ability to foresee that the Constitution that was to be adopted would, apart from laying down normative goals for an independent India, also usher in an ‘era of contradictions’. Rohit De pointed this out in his book, A People’s Constitution: The Everyday Life of Law in the Indian Republic, by explaining how the Constitution “promised a vision for emancipation” but “look[ed] like a mirage” in a country steeped in poverty, violence, inequality and illiteracy.

Ambedkar could clearly see that India could not run away from its reality by merely framing an egalitarian constitution. This is why he invoked the phrase, ‘constitutional morality’, as a goal for an India of the future — the goal was to narrow down the inherent contradictions between the text of the Constitution and the realities of the country over time. The responsibility of realizing these goals lay on all future governments.

Ambedkar’s idea of constitutional morality, Pratap Bhanu Mehta writes, can be divided into three key elements — freedom and self-restraint; recognition of plurality; suspicion of any claims to singularly and uniquely represent the will of the people.

Seventy-five years after Independence, the mirage is still visible. The promise of the Constitution continues to be an illusion for many. Social, political and economic justice remain distant; the State continues to play the role of the oppressor; political violence is at its peak; there is no room for dissent; a monolithic idea of India is being shaped in curriculum and culture while a single leader authoritatively claims himself to have been blessed with popular sovereignty. All of these signs are not what constitutional morality entails.

The growing importance of this phrase today is therefore obvious. The judiciary, headed by the Supreme Court of India, has, on several occasions, used the doctrine to uphold fundamental rights and civil liberties. It has been used in several landmark cases, such as the Sabarimala judgment. However, we will be missing the point if we merely applaud the position taken by the judiciary on the scope and the scale of constitutional morality.

Constitutional morality is a ‘way of life’ for a democratic State. Every executive action may not abide by this principle but they must be seen to promote it as a school of thought. Limiting it to a few significant decisions or leaving it for the judiciary to apply in a couple of judgments are contrary to the idea that Ambedkar had propounded.