Advertisement
Home / Opinion / Is reel the new real under the BJP?

Is reel the new real under the BJP? 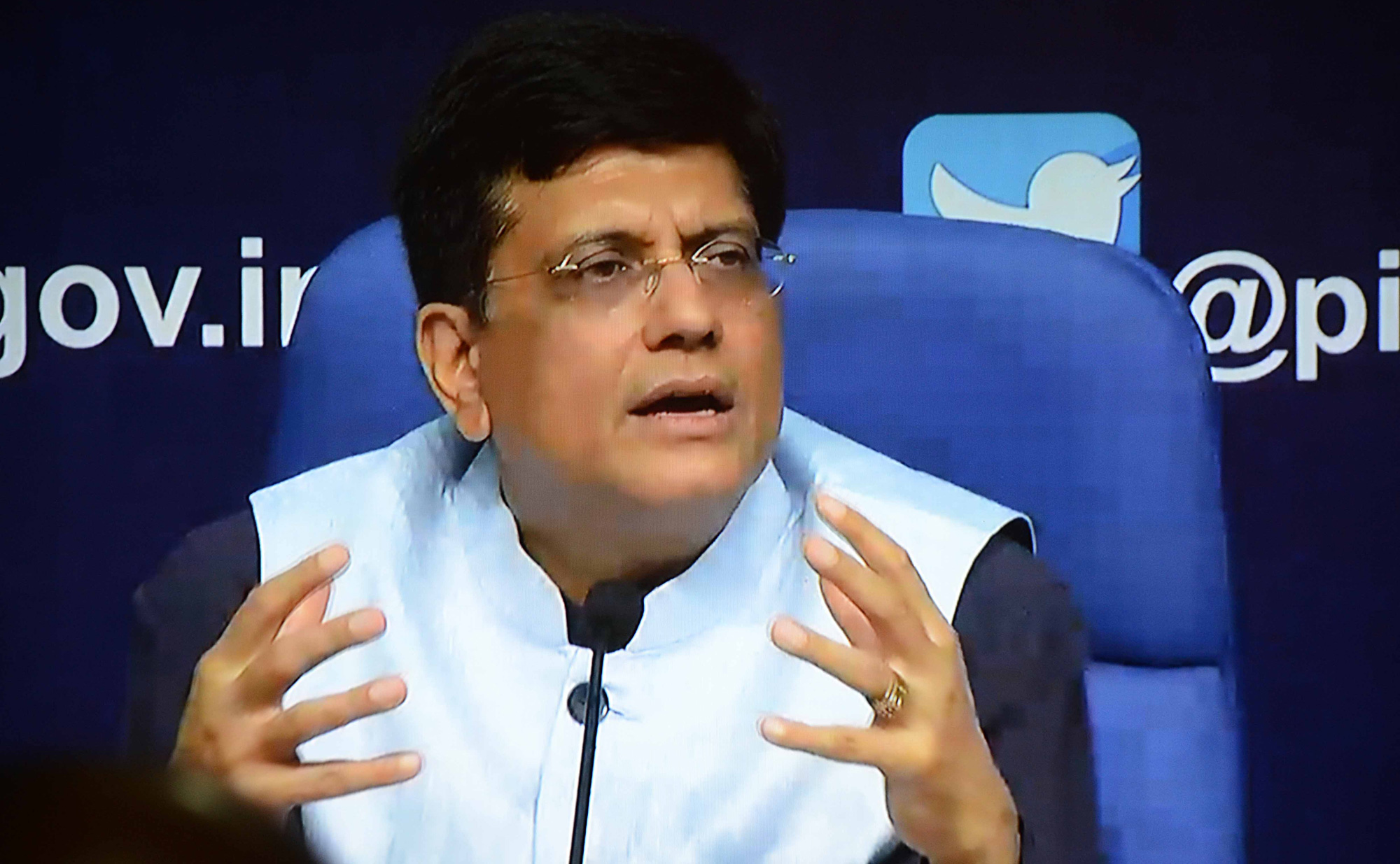 Railway minister Piyush Goyal makes it clear that he likes the film 'Uri'
The Telegraph picture
The Telegraph   |   Published 20.01.19, 09:47 AM

Truth is stranger than fiction. Is that why New India is fixated on filmi fiction rather than focusing on facts? When the finance minister, Arun Jaitley, took a break last year to undergo renal surgery, the railways minister, Piyush Goyal, had been given additional charge of the finance ministry. This had given birth to rumours in the corridors of power that Goyal could become a full-time finance minister. Jaitley has been flown to the United States of America for medical reasons and Goyal’s name has, once again, entered the fray, in spite of the fact that no one has been given additional charge of the finance ministry this time. After a recent cabinet briefing addressed by Goyal, reporters repeatedly asked him whether he would be presenting the interim budget on February 1. Instead of denying or saying that Jaitley will return from the US in time to present the budget, Goyal kept on ignoring the question, as if he had not heard it. “Have you all seen the film, Uri?” he asked the incredulous scribes. The question about him presenting the budget was asked again, but Goyal kept talking about the film, Uri. He praised the movie and said that he had watched it the night before and had been overwhelmed by the patriotic fervour inside the theatre. The scribes persisted with their query but Goyal kept circling back to Uri. Goyal, who has managed the finances of the Bharatiya Janata Party as a treasurer for a long time, is known to be one of the blue-eyed boys of the party chief, Amit Shah. Is reel the new real under the BJP? 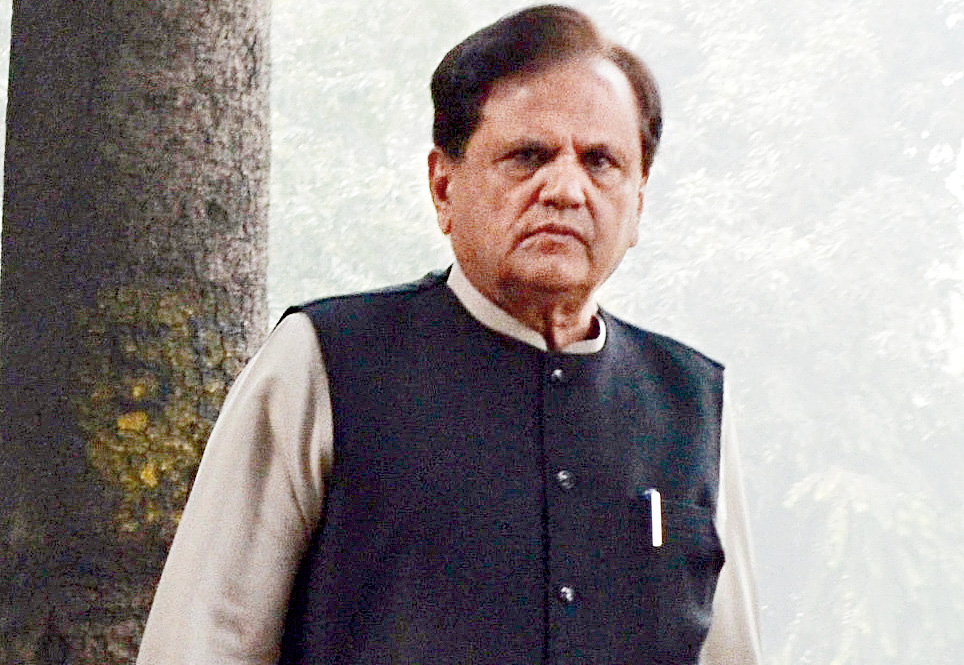 The new Congress party treasurer, Ahmed Patel, has cracked down on wasteful expenditure, curtailing funds even for basic necessities like tea, snacks and newspapers in party offices
The Telegraph picture

The Lok Sabha elections are around the corner and instead of trying to mobilize people and lure away voters from the BJP, the Congress is out on the street with a begging bowl. The Grand Old Party has launched a social media campaign to collect funds and despatched millions of e-mails seeking contributions in addition to sending party workers from door-to-door to fill up the empty coffers. The new party treasurer, Ahmed Patel, has cracked down on wasteful expenditure, curtailing funds even for basic necessities like tea, snacks and newspapers in the party offices.

The latest appeal from the party reads as follows:

“Mr [Narendra] Modi takes funds from his billionaire friends and then only works for them. The rest of India — our farmers, our youth, our middle classes have been struggling. And that’s why we are reaching out to you. Our democracy must work for everyone, and not just a handful of people. Help us raise the funds we need to fight against Mr Modi and his friends. Citizens and democracies across the world have turned to crowdfunding to make their political representatives accountable and reclaim democracy. The Congress believes in the power of the people and the importance of citizens [sic] engagement for a better democracy. Let’s support clean politics, let’s all reclaim democracy.” One reason for the appeal could be that corporate donations to the Congress seem to have turned into a trickle. The BJP has managed to corner over 92 per cent of donations till 2017-18. The BJP certainly has the lion’s share of the funds; but the Congress is hoping to grab a bigger piece of the electoral pie in 2019.

In a tight spot

The turmoil in the country’s apex investigative agency has stolen the sleep of many a political leader in India. Many within the BJP are worried about the state of the Central Bureau of Investigation under the Narendra Modi government. It is this disquiet that sent them to some senior and retired babus for counsel. The bureaucrats reportedly blamed the tendency of the prime minister to hand-pick officials who appear to be favourable to the regime for the current situation. Such a strategy, they argue, may work at the state level but the national capital is a different ball game. All eyes are always peeled at the Centre so institutional integrity cannot be compromised beyond a point. One wise man was even heard quoting a proverb about how even a worm will turn. But the CBI is not a worm, it’s a caged parrot.

Stitching an alliance is no mean feat, especially in a pluralist democracy like India, where there are as many opinions as there are characters. But Akhilesh Yadav is turning out to be quite the ‘tailor’. Ever since negotiations for the mahagathbandhan of Opposition parties started, Yadav junior has kept his calm. His biggest coup has been the understanding with the Bahujan Samaj Party chief, Mayavati. The Samajwadi Party and the BSP have been rivals in the heartland state and have a bitter past when it comes to an alliance. But Akhilesh made sure to fulfil all of Behenji’s requests, from speaking from a written script about their coming together to keeping the Congress out of the alliance. He is said to be going the extra mile to bring Ajit Singh and his son, Jayant, on board as well. Sources claim that Akhilesh plans to reach out to Mamata Banerjee in West Bengal and the Abdullahs in Jammu and Kashmir and other third front protagonists too. A cool head notwithstanding, Akhilesh will need to keep his wits about him because plurality in Indian politics is not restricted to opinions but also extends to temperaments.

Cometh a biopic, cometh the Karni Sena. After Jodhaa Akbar and Padmaavat, its target is Kangana Ranaut’s Manikarnika. The Karni Sena is apparently protesting against the release of the film as the Queen of Jhansi has reportedly been shown to have an affair with a British officer. Film-makers have denied this claim, but the Karni Sena, too, seems to prefer fiction over facts. However, the outfit has now said that it has no objections to the film and people are using its name wrongly. Will the Queen allow them to keep their heads?