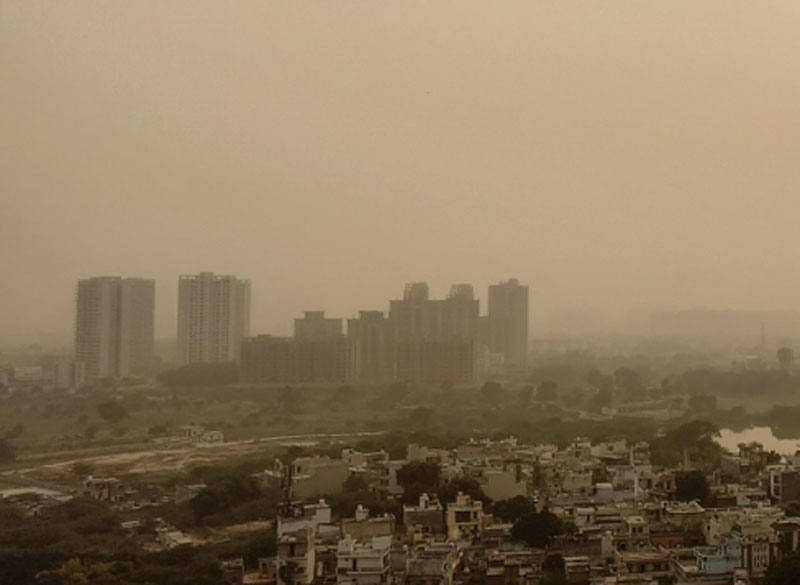 A study compiled by Greenpeace found no less than seven Indian cities among the top 10 that are the most polluted in terms of PM2.5 levels
(Shutterstock)
The Editorial Board   |   Published 05.04.19, 02:50 AM

Air pollution seems to be a great leveller. Killer air has left both the dragon and the elephant — popular totemic representations of China and India, respectively — gasping for breath. State of Global Air 2019, a report compiled by a non-profit institution, has found that China and India, the two most populous nations in the world, together contributed the highest number of fatalities — 1.2 million deaths — on account of poisonous air in 2017. But the similarities end thereabouts. China seems to be succeeding in reducing the number of such deaths by adopting an aggressive campaign. The measures range from the effective to the extraordinary. Examples of the former would be deterrents to check emissions as well as regulations on the number of cars. But there were also interventions that bordered on interference. Coal boilers were removed without the consent of homeowners as a part of the battle plan. India’s response to the spectre of air pollution has been perfunctory. The resultant deterioration is borne out not only by the State of Global Air report but other data sets. A study compiled by Greenpeace found no less than seven Indian cities among the top 10 that are the most polluted in terms of PM2.5 levels. The news only gets worse. Sixty per cent of the population — a staggering 80 crore people — are victims of household pollution that is brought about by their reliance on fossil fuels for cooking. Women, undoubtedly, bear the brunt of the problem. The Indian prime minister loses no opportunity to claim that the Pradhan Mantri Ujjwala Yojana, which seeks to provide women with easy access to LPG, has been a resounding success. The ground reality, as is evident from the State of Global Air report, is somewhat chastening. What complicates the challenge further in the Indian context is the symbiotic relationship between air pollution and ailments such as type 2 diabetes.

There is a view that China’s regimented political system makes it easier for the government to act swiftly to curb pollution. Democracy, a loose, often chaotic, political set-up, is seen as an impediment to concrete interventions. This is a specious argument since the fault lies not with democracy as an idea but in its practice. It is shocking that in an election year, neither the Bharatiya Janata Party nor the Congress has devoted attention to India’s environmental woes. The public inertia to link environmental challenges to the charter of rights nurtures institutional apathy. Even corporations are increasingly eager to offer sops instead of funding meaningful action as a means of coping with foul air. Education and awareness hold the key. But investment in these resources is scarce lest they reveal the hollowness of political pledges in India.