Advertisement
Home / Opinion / Between the Lines

GINGERLY YOURS: But what grows around us? ... the pavements are strewn with dog faeces and to avoid them you will have to play hopscotch 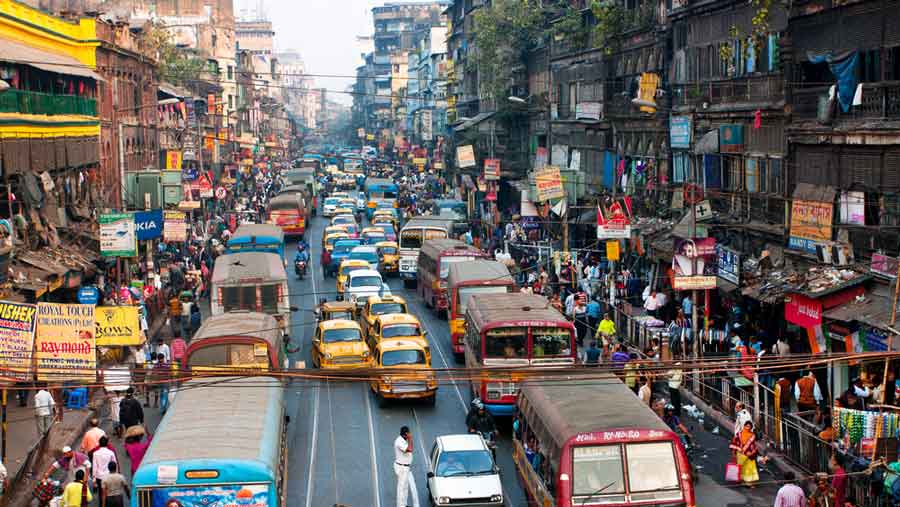 I challenge William Wordsworth, whose 250th birth anniversary was celebrated last year, to live in present-day Calcutta and produce a single line of the poetry that he wrote.

We know how much of his walks he took with his sister, Dorothy, in the Lake District. They would also go on walks with S.T. Coleridge, the other great Romantic, and these perambulations would lead to some of the best poetry — and prose — written in English.

Dorothy’s Grasmere journals, which record in detail her observations during the walks and are a powerful volume of writing on nature, sometimes read as prose equivalent to William’s poetry. One famous entry reads: “I never saw daffodils so beautiful they grew among the mossy stones about & about them, some rested their heads upon these stones as on a pillow for weariness & the rest tossed & reeled & danced & seemed as if they verily laughed with the wind that blew upon them over the Lake...” Here is William: “I wandered lonely as a cloud/ That floats on high o’er vales and hills,/ When all at once I saw a crowd,/ A host, of golden daffodils;/ Beside the lake, beneath the trees,/ Fluttering and dancing in the breeze.” The Wordsworths believed that in nature one found the deep emotion from which poetry emerged. William would compose much of his poetry “out of doors”. Walking, one imagines, would at once place him in harmony with nature and free him.

What one sees forms him, and can transform into poetry. From childhood: “The child is the father of man.”

But what grows around us? When I step out on an early morning walk, what do I see? If the Calcutta Municipal Corporation has not been at work, or even if it has, the pavements are strewn with dog faeces and to avoid them you will have to play hopscotch. Or ekka dokka, as we used to call them as children in our native Bengali. With William around, childhood is inevitable. This street decoration has come out of not only street dogs but also pets from extremely privileged households, which employ dog-walkers and use the pavements as their private dog toilets, during all hours of the day.

So if you do recollect your emotions in tranquillity, or when on your couch you lie in vacant or in pensive mood, what flashes upon the inward eye, which ought to be the bliss of solitude, is not exactly a host of golden daffodils.

You have to keep trekking because the tiles are placed at such jaunty angles that they may throw you off. So you hop on hop off between street and pavement, like the “kumir and jol” game of our childhood. William Wordsworth stirs the bottom of the soup, or of pavements. You also have to hop off because there can be a sudden Vivekananda statue at a street corner, or a party office installed in the middle of the pavement and projecting into the street. How much of a walk is this, and how much obstruction? I think it is a kind of violence.

When you look up, the very houses seem asleep, but they are all ugly multi-storeys, and there is little sky. If there is a mighty heart lying asleep, it probably belongs to the street traffic that will wake up any second. More violence.

There are too many things wrong with me. That I think obsessively of William Wordsworth and his classroom poetry betrays how much past my expiry date I am and shows the hold the literature of the colonizers has on my head and, worse, about the last I am entirely happy. But I do wish that, with their words and images, our colonial masters had exported their landscapes and not ruined ours. The poetry will not go away and our streets will only get worse, which makes me long for the daffodils as well as the intimations of immortality like an easy pastoral, much in the way we long for some of Tagore’s songs in a horribly simplified, sentimentalized way.

But I really wonder about what we see always and what it is doing to us. I am not that worried about poetry, which is a luxury. I am too old myself. I am worried about our children.