Fiction was once the refuge of the thief 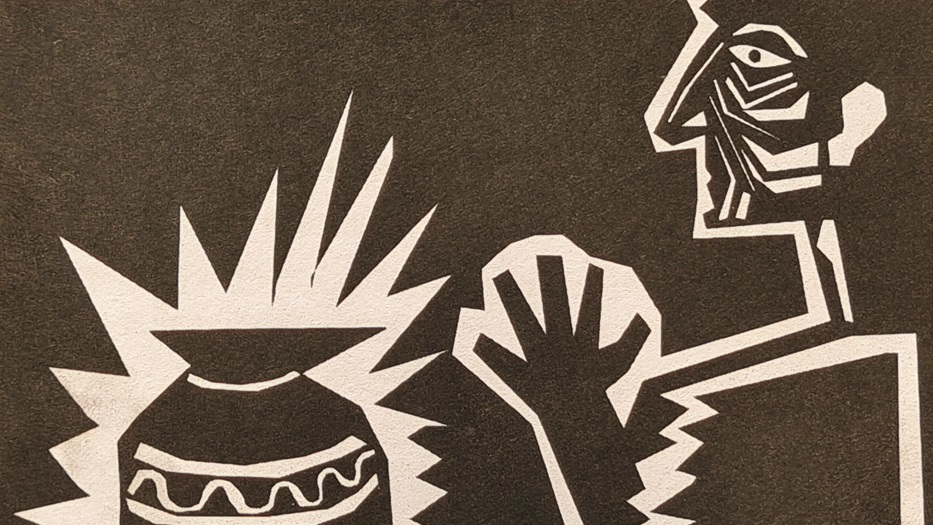 In a nation that has slipped six places to rank a lowly 86 among 180 countries in 2020’s Corruption Perception Index, ‘thief’ — chor— unsurprisingly, has often been used as an expression of reproach in politics. In the late 1980s, Calcutta’s walls blazed with slogans condemning Rajiv Gandhi as a thief before a general election. The opprobrium cost Mr Gandhi his prime ministership even though, years later, he was exonerated of the charge. Before the parliamentary elections of 2019, Rahul Gandhi attempted to turn tables on Narendra Modi by weaponizing the word, chor, only to find, on the day of the results, that the tables had been turned on him.

It is possible that Potol Das would shake his head in dismay while watching this political mudslinging. Potol, one of the principal characters in Shirshendu Mukhopadhyay’s delightful Pagla Saheb er Kobor, took pride in thievery — his chosen vocation. A despairing Potol even confides in Haribandhu, the young hero, that his son was indifferent to such wonders as hastalaghob, mukhbandhan, vayuniyantran, kumbhak — the tricks that elevated thievery to a form of art.

Potol wasn’t pulling a trick here. A cursory examination of social and literary history of thievery — something that Prabir Mukhopadhyay does with wonderful results in his slim, engaging book, Chor Chaturdoshi — would reveal that sacred (Brahminical?) texts have intersected with Bengal’s folk traditions to accord a pride of place to chourjyobritti in recognition of the myriad expertise of the chor. The shastras, Chor Chaturdoshi reveals, acknowledged thievery as one of the 64 principal art forms. Thievery enlivens the Janmukhkalpa, Chouryochorja, Chourjyoswarup — handwritten Sanskrit scriptures (Pnuthis) — as well as the tales in the Jatakas and the Kathasaritsagar. The folk tradition responded in the form of the Chor Chakrabarti, a literary figure respected and, indeed, celebrated as a cerebral hero. In his essay, “Chor er Pnachali”, which has found its rightful place in Chor Chaturdoshi, Chintaharan Chakrabarty argues that Chor Chakrabarti should, in fact, be read as an honorific that was showered upon those blessed with nimble hands. This honour, even in early twentieth-century literature, functioned as a kind of social capital. Thus, in “Jhanu Chor Chanu”, Upendrakishore Ray Chowdhury’s eponymous hero-thief manages to marry the zamindar’s daughter after passing a number of tests, including one in which he steals the zamindar’s horse with the nobleman still perched upon the equine.

But it wasn’t slippery hands alone that enabled Bengal’s thieving magpies to win hearts. The literary thief, on occasions, challenged uncomplicated notions of morality by battling dilemmas that were the products of larger social and economic fissures. Mukhopadhyay refers to a story by Anurupa Devi in the journal, Bharati (1912), in which poverty pushes a young man to steal from his childhood friend; a similar plot informs Bhimapada Ghosh’s tale that appeared in Shishusaathi (1936). What makes the chor’s resurrection as the proverbial mirror to broader social cleavages interesting is the fact that Bharati and Shishusaathi were popular with young readers and, thereby, had the potential of kindling, albeit inadvertently, an imagination in which the thief emerged as a wronged, subaltern figure.

Strikingly — we are, yet again, indebted to Chor Chaturdoshi here — a potent intellectual assault on the integrity of the chor came from the works by luminaries associated with Bengal’s Renaissance. The chipping away at the thief’s inner moral core was couched in the  form of an education that was undoubtedly tinged with puritan, colonial ethics. Ishwarchandra Vidyasagar denounced thievery as a repugnant habit (Barnaparichay); Madanmohan Tarkalankar attributes larceny to the triumph of greed whose taming is predicated on discipline and restraint; in Dharmaniti, Akshaykumar Dutt links this immorality to man’s capitulation to materialism.

This denouncement of the thief, Mukhopadhyay posits, was indicative of a discernible complicity between the Colonial State and the Family — the latter being the State in an atomized form — in the sphere of education. The creation of a peaceful, productive social order was underpinned by the State’s ability to turn citizens into pliant subjects, and the Family was identified as the primary site of this ‘indoctrination’.

But if deviance was dreaded and condemned, as is evident from the scorn heaped on the chor, what explains the valorization of the robber — Banglar dakat — in literary works? Bankimchandra Chattopadhyay immortalized Debi Chaudhurani; Nadia’s Bishu, alias Bishe, Dakat, Mukhopadhyay points out, entered the literary canon in 1896 in a ‘historical novel’ that eulogized the outlaw; Dhirendralal Dhar’s Banglar Dakat is proof of this persistent fascination.

Mukhopadhyay answers this intriguing question by presenting a singular hypothesis. Bengal’s Robinhoods, as opposed to its thieving Magpies, were perceived to be symbols of indigenous masculinity, courage — even justice and dissent. The robbers’ association with justice and dissent may have been fortified by the shared cultural belief that the dakat, unlike the chor, robbed the rich to help the poor; more importantly, the robber, who often succeeded in eluding the reach of imperial, prejudiced law, was also a symbol of local autonomy. William Henry Sleeman’s brutal campaign against the Thuggee may have played a part in this romanticization of the robber whose collateral damage was borne by the thief. What can be deduced from Mukhopadhyay’s inference of the antipathy in the relationship between the two criminal classes is that public opinion on law and the lawless is inevitably mediated by conflicting pulls and pressures of a particular social epoch as well as by shifting political and moral allegiances.

The other contribution of Chor Chaturdoshi is its ability to locate the thief in a twilight zone where the moral and the unconscionable collide with unexpected consequences. This is of critical importance on two counts. Mukhopadhyay suggests that the arrival of the detective not only pushed the chor, in a manner of speaking, to the margins of literature but, secondly, it also stripped the thief of a residual moral self that was fascinating because of its ability to challenge the normative ideas of crime and criminals.

This purging of the criminal of grey specks to reveal an overwhelmingly dark heart is no longer limited to fiction. Technology is being  harnessed to achieve a similar, troublesome goal with law and order institutions relying on AI algorithms to create the archetypal criminal.

Potol Das, who, in the end, had joined hands to resist the forces of darkness would be a bitter man today.