STATE OF PLAY | Bengal is in the throes of unalloyed bigotry 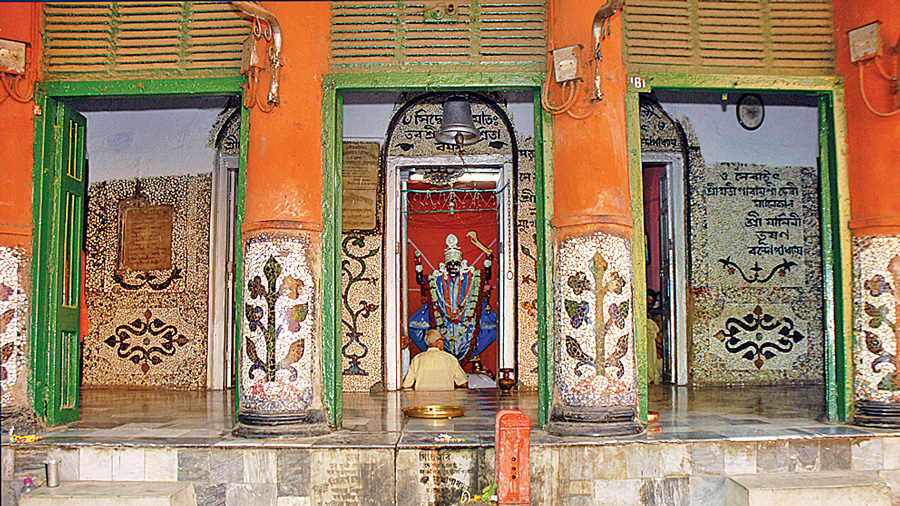 One afternoon three or so years ago, I stepped out of our Calcutta offices for a smoke and a shot of bhaanr (earthen cup) coffee. Within earshot from where I stood is a small shrine to Hanuman that hugs the corpulent trunk of a banyan. The neighbourhood is a busy wholesale warren, scores pay obeisance to the deity as they pass by. That afternoon, a quite unusual devotee had arrived below the banyan. He wore a saffron shirt and a tilak emblazoned across his temple. There was a swagger to his manner. He hadn’t arrived to pray, he was hectoring the mahant of the shrine, a quiet, wizened man always turned out in dhoti and kurta. He sat there, in his implacable little space, hearing out what sounded more and more like a burst of bluster. Paraphrased, this is what the mahant was being told: the colour of the shrine is all wrong, it needs to be saffron, not white; it needs ornate lighting and it needs a loudspeaker which can drown out the azaan call that routinely rings out from a nearby mosque; it needs activity, bhajan and kirtan, some action. This was no way to run the affairs of a temple, help was required to assert its presence and help was at hand; “Panditji, kaho to log bhijwaaben? (Should I send men, Panditji?)” At this point, the elder could take it no more. He shed his calm and barked back: “Yeh Bangaal hai, aur yeh pracheen mandir aisehi rahega jaise rahaa hai, yahan tumahara hukmarani nahin chalega! Prasad lo aur badho aage!” (This is Bengal, and this is an old temple, it will run as it has run in the past. Your diktat will not work here, receive your prasad and carry on!) The visitor, most likely a sangh apparatchik out to push his authority, hovered a moment on the dare, then turned and picked his way.

Three weeks ago, I was in central Calcutta again, in the vicinity of the Hanuman shrine, in a similarly busy lane opening on Dharmatala. I saw a febrile chant stampede across the streets: ‘Jai Shri Ram! Jai Shri Ram!’ There was nothing like a prayer to the intonation of it; it was the bellicose outcry of assertion and arrival. It reminded me instantly of that afternoon three years ago, and it made me wonder if the mahant under the banyan would still be able to bark back in the face of the new refrain strutting the streets: “Yeh Bangaal hai!” If at all iterated, his riposte would sooner be drowned than heard in today’s Bengal.

Bengal is changing, or it already has; it isn’t the Bangaal the old mahant was invoking. We shouldn’t have to wait for the outcome of the assembly elections to acknowledge or understand that change. If Dharmatala is ready to echo the sectarian rabble-rousing of the northern heartland, something has changed, and it is not a fleeting change that will arrive and depart with election season. There is an unspoken, but probably well and widely understood, code to the ‘asol poribartan’ being promised — ‘real change’. It’s akin to the promise of ‘achchhe din’ whose distillation we all now know is unalloyed bigotry. Bengal is in the throes of it. It is a change that will leave much more than merely the banyan tree mahant censored.

I hope Bengal understands the meaning of it; I fear that it may not. I fear, even more deeply and despairingly, that it actually does. That a securely buried demon seed from the past has been watered, and coaxed to sprout. And that such sprouting has become, tragically, a vociferously celebrated thing. Do more Partitions await Bengal? Or, to put it more bluntly, are Bengalis happy to build welcome arches to another one? And if so, where do they intend to sow the walls? And how many?

I am not a Bengali, and I must seek pardon for affecting familiarity. I belong to a benighted neighbourhood called Bihar. Biharis have bestowed upon themselves the extreme poverty of pride, we are perhaps to Bengal what Sudama was to Krishna. But one of the things I did for the longest time take pride in was that Biharis were not sectarian about the daily conduct of their lives. There were flaming hiccups of infamy, of course — Bihar Sharif, Nawada, Bhagalpur. It cannot be said faith does not turn Biharis to bigotry; it often does, but the bouts came, most often, with a post-script of shame and apology. I come from a north Bihar village called Singhwara, which is twin to Paigambarpur. My grandfather’s most fulfilled afternoons were the afternoons on which he and Bachcha Mian from Paigambarpur would share a sip of tea and savories. Our rides home from the nearest railhead would always be on Wajib Mian’s open Willys. Singhwara households, even to this day, fetch their mutton from Daroga Mian and Ghafoor and Saddam, who have succeeded their father in the trade. But none of that is to suggest that cracks haven’t opened on either side of which we whisper unspeakable things and bear dark mistrusts. There were always walls, but there existed conversation across them. They shuddered when bricks began to be prised away for a project of ‘nationalist sentiment’. A few years down the line, all came asunder, but because it was patently a thing of sectarian pathology and hatred, it was no thing of pride.

When I arrived in Calcutta to work more than a quarter of a century ago, I discovered my world, shattered and shaken by what had befallen Bhagalpur in 1989, suddenly rejuvenated. The Calcutta street was the reconjuring of home. I discovered a city willing to embrace beyond distinction of class, creed, and tongue. Perhaps I was wrong even then, perhaps what I perceived was a delusional invention of desire. But it was real and tactile too, make no mistake. The lordly rested in their mansions, north and south of Park Street, but the lungi-clad daily wager looked no less lordly snoozing away a sweltering afternoon on the back of his cart, or bathing with abandon on the many hydrants that gurgle along the city’s streets. They earned a half a penny worth but they were afforded to believe themselves no less worthy. I hope I don’t sound like I am patronizing poverty; I merely wish to say pelf isn’t a precondition to pride, and Calcutta breathed that almost surreal egalitarianism. Perhaps it still does, but it is no longer possible to be sure. Can it be said for certain that the impulse convulsing across Bengal is an impulse that answers to humanity? Is it an impulse that sings the song Bengal’s great sons have bequeathed mankind? Is it not an impulse amplifying the chasm between shei samay and ei samay? Can anybody be certain that in the run-up to these elections the humanity that was Calcutta has remained a living thing, or not come under assault?

I wonder, and I have spoken from the heart; I am told that requires, in New India, an apology.