Advertisement
Home / Opinion / Beatniks and Bengali poets — who influenced whom?

Beatniks and Bengali poets — who influenced whom?

To what can we attribute the constant over-valuation of the Westerner, often to the detriment of our own artists? 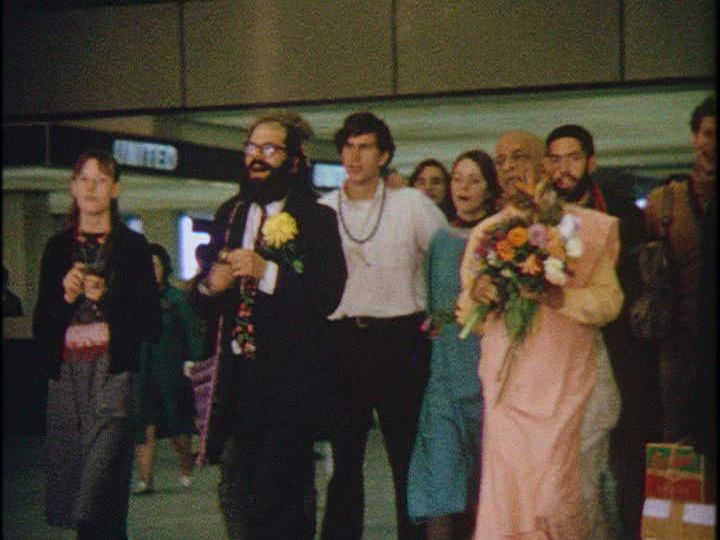 In a recent forum on contemporary Bengali poetry, I was somewhat taken aback to hear that the most important influence on post-1960s bangla kobita was the visit of the American Beat poet, Allen Ginsberg (1926-1997), and his partner, Peter Orlovsky (1933-2010), to Calcutta in the early 1960s. Having created waves with his 1956 poem, “Howl”, the 36-year old poet was in search of alternatives to the capitalist Judaeo-Christian way of life and living as he had experienced them in the United States of America and hoped to find, if not peace, at least some kind of understanding that would help him come to terms with both his own sense of disenchantment with his country as well as his mother’s mental breakdown and death — and this he hoped to find in the exotic East. In India, Ginsberg did all the things we have come to associate with a certain kind of naïve, over-earnest Westerner, whose attitude to this multifarious land is made up of equal parts condescension and befuddlement — a sort of well-meaning, if unthinking, Orientalism of the kind so delightfully analysed by Edward Said in his 1978 book of the same name.

Perhaps Ginsberg’s closest associate in India was the Bengali poet and iconoclast, and founding member of the Hungryalist Movement, Malay Roychoudhury, who had already, “created” (in his own words) the “Manifesto of the Hungry Generation” in November 1961. The Manifesto makes for interesting, if somewhat tame, reading now, nearly 60 years after its composition, but there is something that seems to link its opening lines to those of Ginsberg’s best-known poem.

This is how “Howl” opens: “I saw the best minds of my generation destroyed by madness, starving hysterical naked,/dragging themselves through the negro streets at dawn looking for an angry fix,/angelheaded hipsters burning for the ancient heavenly connection to the starry dynamo in the machinery of night…” And this is the opening of the first Hungry Manifesto: “Poetry is no more a civilizing manoeuvre, a replanting of the bamboozled gardens; it is a holocaust, a violent and somnambulistic jazzing of the hymning five, a sowing of the tempestual Hunger. Poetry is an activity of the narcissistic spirit.” These two texts, composed six years apart, continents away from each other, by two authors who did not know of the other’s existence, seem to share a similar view of language/poetry as needing to wholly destroy and re-assemble itself in order to convey something real about the spirit of their age. So it is no wonder that these two poets took an instant shine to each other, and remained lifelong friends. Of course, Roychoudhury was not the only Bengali poet Ginsberg befriended during his sojourn in India. Others, including Sunil Gangopadhyay, Sakti Chattopadhyay, Samir Roychoudhury (Malay’s brother), Sandipan Chattopadhyay, Binoy Majumdar, Utpal Kumar Basu, Basudeb Dasgupta, Saileswar Ghosh, and many more, came into contact with — and were suitably impressed and shocked by — the openly gay Beat poet, who often introduced Orlovsky as his “wife”.

So, yes, Ginsberg, and his morals and mores, did have an impact on these young Bengali poets, but just how significant was that impact? This is not the time or place to go into the debates and discussions and dissensions that arose between these Bengali poets in later years, with a considerable amount of name-calling and mud-slinging, especially during Malay Roychoudhury’s prosecution for obscenity, in 1965-66, but it is surely significant that even today Bengali intellectuals are more likely to talk about Ginsberg’s influence on Bengali poetry, rather than the other way around.

To what, I have been wondering since the day of that fateful poetry forum, can this be attributed, this constant over-valuation of the Westerner, often to the detriment of our own artists and creators? From well before the 19th century, the West has thought in terms of a social and cultural hierarchy where there are three clearly defined stages of development: ‘savagery’ (such as found in African and so-called ‘primitive’ societies, such as those of the native Australians, Americans, or our own tribes); ‘barbarism’ (found among pre-Christian Western societies such as that of ancient Greece, and in India or China); and ‘civilization’ (found only in the advanced-Western, that is, Christian, nations). According to this formulation, every society must go through these three stages, ascending from savagery through barbarism to civilization. Lewis Henry Morgan’s Ancient Society or Researches in the Lines of Human Progress from Savagery through Barbarism to Civilization, published in 1877, was, and remains, the classic statement of this position, and has inspired thousands of anthropologists, sociologists, philosophers, and thinkers at large, including Friedrich Engels, whose The Origin of the Family, Private Property and the State (1884) was directly inspired by Morgan’s work.

According to this scheme we Indians can, at most, aspire to be among the very best of the barbarians. We still have some time to go before we can be admitted to full membership in the club of truly civilized (= Western) cultures. Could it be because of this that a Bengali intellectual, speaking in Calcutta in 2019, in Bangla, of the relationship between Ginsberg and modern Bengali poetry, seems enthralled by the idea that Ginsberg it was who rejuvenated Bengali verse, rather than the other way round? Is this the root cause why such intellectuals seem to mimic the 54-year-old position enunciated by TIME magazine, which had declared in 1964 that it was Ginsberg who had provided an “inspirational assist” to Calcutta’s Hungry Generation?

One of the abiding images from Hollywood is that of the weary traveller in some arid landscape whose diminishing strength is inversely proportional to the number of slow-circling vultures overhead. These birds begin as mere specks and gradually grow in size as they come closer and closer to the ground with every faltering step of the fast-fading hero or heroine. Even children are not spared. In the 1994 animated Disney feature The Lion King, young Simba runs away from his pride and is on the point of turning into vulture-lunch when the irrepressible duo of warthog and meerkat (Pumbaa and Timon) rescue him with their savoir-faire and oft-chanted motto of “Hakuna matata” (“No worries”). It has often struck me that those of us who are allegedly in the business of analysing culture and cultural artefacts are like vultures: circling overhead, waiting to pounce when the adversary is too weak to defend her/himself. But vultures are not all bad. Like all scavengers, they perform the vital function of taking away remains that other predators aren’t interested in, often helping prevent the spread of disease, thus helping to keep the environment clean, and playing an important part in the food chain (The Lion King’s “circle of life”).

Instead of being mimic-vultures preying on the weak Oriental from an Occidental position of strength, perhaps we should simply stop worrying ourselves about what the West thinks of us, our cultures, our societies, or our work, and get on with the actual business of art, or indeed any other human activity, including the analysis of what is created by art. Which is something both the Beats and the Hungryalists would probably have agreed with, had their members and movements still been around.

Roaring applause for The Lion King