The ingenuity of India’s social reformers 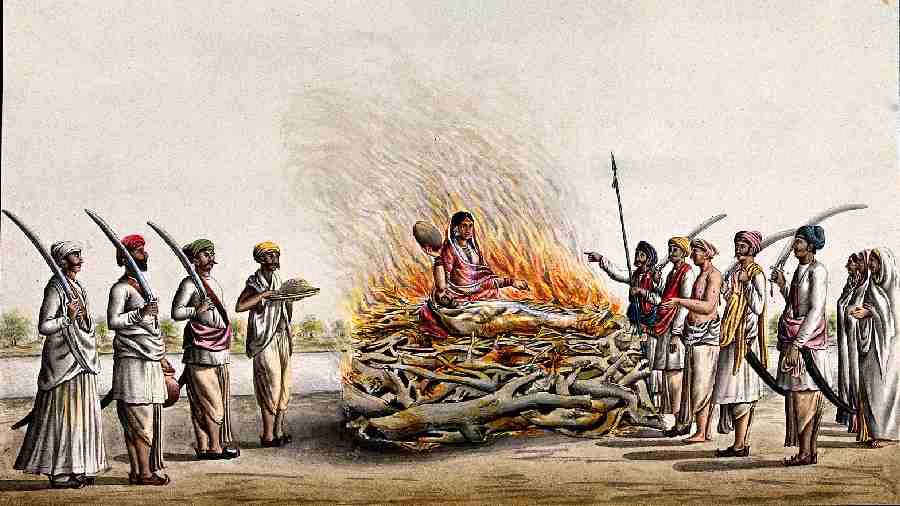 I n his compelling book, An Era of Darkness, Shashi Tharoor offers a convincing and robust indictment of the British Empire in India. He contests the claim that “British imperialism” was “conducted for the benefit” of Indians. Referring to India’s internal material and intellectual resources, he points to the contributions of Indian social reformers like Raja Ram Mohan Roy, Ishwar Chandra Vidyasagar, the Brahmo Samaj and the Arya Samaj.

There are two aspects to the idea of reform: one, identifying the problem and, two, solving it. Tharoor credits both to the Indian reformers. Unlike him, however, I would prefer to credit the former, albeit in a restricted manner, to the British rulers of India. In doing so, I would like to claim the ingenuity of the Indian reformers in not identifying the social evils but in dealing with them. I would like to highlight the active, engaging agency and the layered contribution of these social reformers.

Despite there having been social reformers earlier in India, the major social problems were finally identified as such only in comparison to the ideals of European enlightenment and modernity. When seen in the light of modern Western ideals of equality, liberty, freedom, rationality, and individualism, various social systems and practices in India, like superstitions, sati, child marriage, poverty, untouchability, patriarchy, and hierarchy, came to be seen as social evils that need to be eradicated. In modern times, modern Western ideals have become the standard when understanding social customs, both within and outside the West. In the context of India, this outside gaze succeeded in drawing the attention of social reformers and convinced them of the imperative for extensive social change.

Modernity did not originate in Britain, although the British subsequently contributed to it through utilitarianism and science. Modern Western ideas, however, were carried to India by the British. In this sense, as carriers and subsequent contributors, they may be considered to have facilitated the identification of social evils in India. I would like to highlight the shrewdness of Indian social reformers in dealing with the British and the social problems they had identified.

First, the intention of the British in identifying these evils was not to help eradicate them. On the contrary, they intended to use this knowledge to justify their rule in India. This was especially true after the First War of Independence, which led to the British Parliament taking over the reins from the East India Company. Modern progressive ideals that had liberated the West from orthodoxy were used by the British to subjugate India. Modern Britain, they claimed, had a legitimate reason to rule over the backward Indians.

The Indian reformers displayed great sensitivity and astuteness in acknowledging the existence of social evils, despite the enemy having identified these. Their ingenuity lies in distinguishing between the ideas and practices of modernity and the people that carried those ideas to India. The Indian leaders were thus able to avoid throwing the baby out with the bathwater — they rejected colonial rule while accepting certain aspects of modernity from the rulers which would benefit Indian society.

Accepting the reality of social evils in India allowed these leaders to own this problem and take on the arduous task of reforming Indian society. This differentiated them from the British who highlighted the problems, not with the aim to reform but to use the knowledge to perpetuate their rule. Indians, therefore, managed to make far more progress with social reform than the British who initially identified the issues.

The reformers were honest in their self-reflection, open not only to criticism but also to learning from their enemies. Simultaneously fighting against internal evils and an external enemy was a distinguishing feature of the Indian freedom movement. Independent India would have looked very different had the leaders not had the foresight to not only accept these social evils but also to actively work towards social change, thus avoiding a well-laid trap by the British. The reformers’ judiciousness lay in their ability to discriminate between good and evil, a quality highlighted in Plato’s definition of justice. This distinct formula of reform is useful in our day-to-day life. We learn about our weaknesses from our adversaries and embark on remedies, thus converting our enemies into our enablers.

My purpose in crediting the British with the identification of social evils in India is to distinguish between the mere pinpointing of the problem and the subsequent complex processes and tremendous effort that went into effecting actual reform in India. This also highlights how active and judicious the Indian reformers were in engaging with the Other, thus claiming more active agency than in Tharoor’s depiction.

This unpacking is also essential to recognise the distinct nature of social reform and of the freedom movement and to understand better the developments in independent India, reminding us of the need to be prudent and to appreciate the layered complexity of social reform in India. This is how the ‘darkness’ was sought to be overcome through reform by the giants of the Indian national movement.

A. Raghuramaraju teaches Philosophy at the Indian Institute of Technology Tirupati