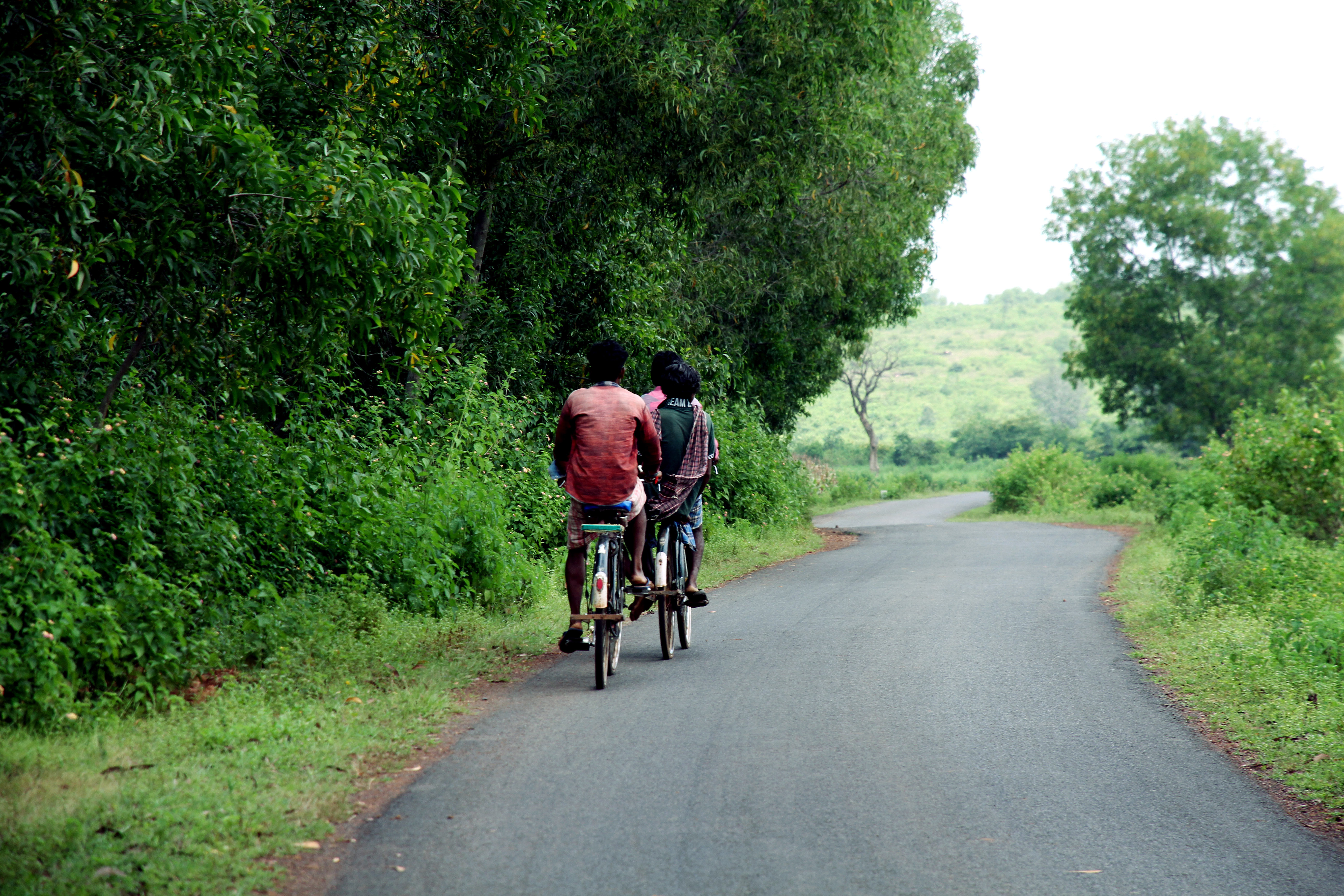 Autumn is the most fascinating time of the year in Bastar. The earthy smell in the soft morning breeze instils a sense of belonging to the forest. The sound of the soft crunch of dry sal leaves beneath the shoes breaks the silence in the woods and entices one to walk a few more miles into the dense jungle. The sunlight piercing through the tall teak trees gives a ray of hope, as if promising a brighter day ahead.

Even as Bastar goes to polls this autumn, the chief minister, Raman Singh, is busy making new promises. At election rallies, in a self-aggrandizing tone, he roars,“Vikas kiya hai, Vikas karenge (I have done developmental work, I will continue to do so).” He claims that development will bring people closer to the mainstream, especially in the Maoist-dominated districts of Dantewada, Kanker, Bastar, Bijapur, Kondagaon, Narayanpur and Sukma.

Development is, of course, visible in his state. Highways have been constructed. Fancy bus stops that flaunt stainless steel seats have been built on the highways with gigantic photographs of Narendra Modi and Raman Singh on display. Townships have been coming up. Private steel and thermal power plants have been allotted tribal land to set up production units. Electricity poles are standing tall in most parts of the state. But how much of this development has touched the lives of the populace of the benighted Bastar heartland scalded by a rogue conflict between Maoists and the State? This is the big question. 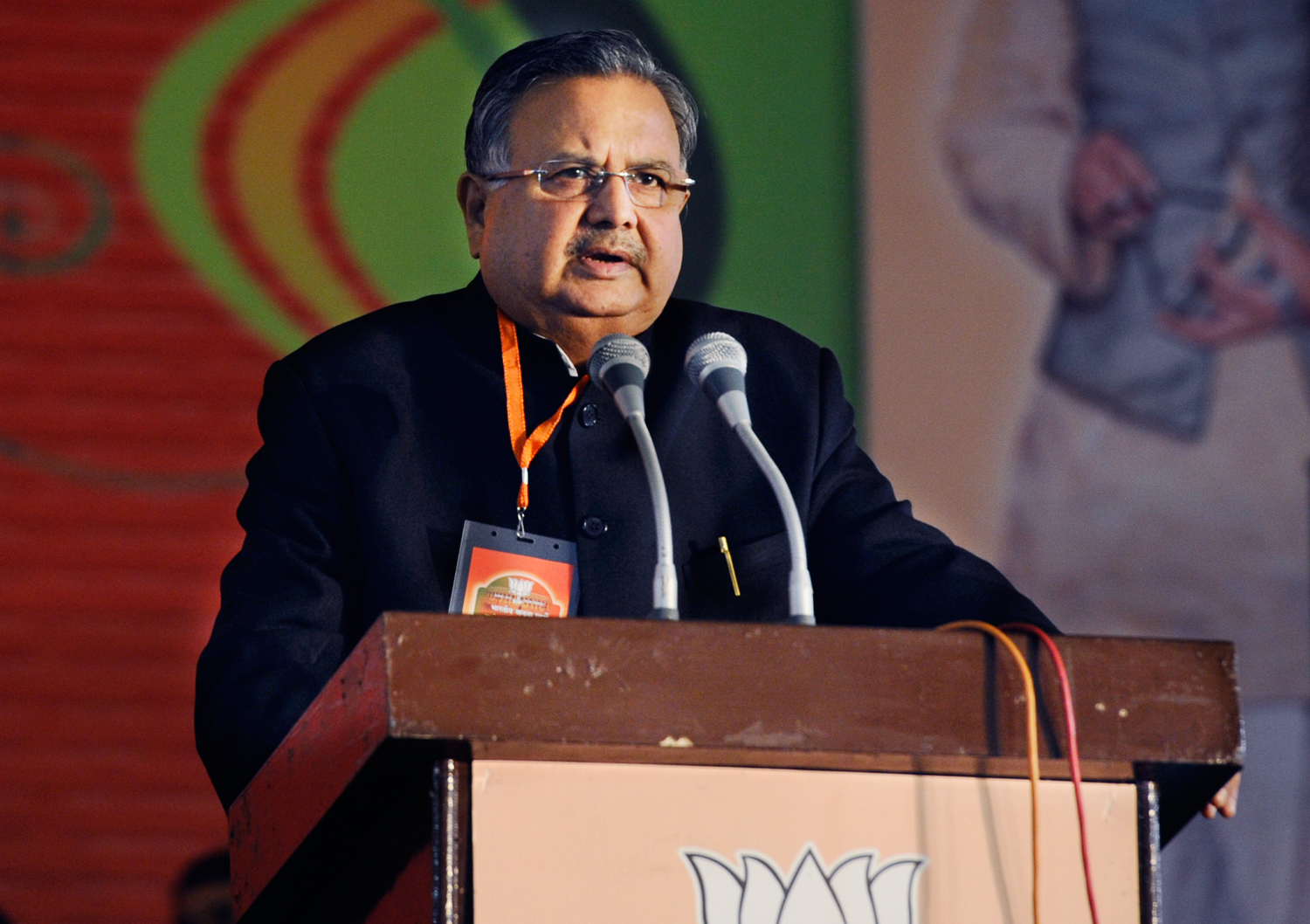 Raman Singh claims that development will bring people closer to the mainstream, especially in the Maoist-dominated districts.
The Telegraph file picture

You will find the answer only when you travel into the interiors of villages, crossing undulating jungles and trekking on the kutcha roads. The words, ‘development’ and ‘welfare’, have no meaning for these people living on the margins. For example, the government has started ‘Dial 108’ for emergency ambulance service but the people of Palnar in Bijapur still have to walk over 10 kilometres to reach the nearest government hospital in Gangaloor for medical aid. Primary schools in most villages are lying vacant after getting embroiled in the State versus Maoist violence. Some of them have been reopened in dilapidated buildings but the teachers — they come from other parts of state — do not understand Halbi or Gondi, the languages spoken by the local students. Panchayat heads are missing from most villages; they live in nearby towns fearing Maoist attacks. Villagers of Handawada in Abujmarh walk through broken roads covering 45 kilometres for two days to reach the weekly market in Orchha.

Even though the state’s development initiatives have not reached these villages, its brutal forces have. In these Maoist-dominated areas, homes are looted, villages burnt down, women raped and killed and men tortured, not just by the Maoists but also by the State forces suspecting tribals to be loyal towards the rebels. Instances of security forces dragging men out of their hamlets and crucifying them to trees before shooting them are apparently not rare. Jails in Jagdalpur and Kanker are overcrowded with tribal people, slapped with false charges of aiding the Maoists. The government has also formed civil society groups such as Tangiya and Jai Bastar Vikas Sangharsh Samiti in order to pit tribals against one another. Villagers who had left rebel ranks long ago to live a ‘normal’ life are randomly caught and allegedly forced to surrender as ‘Maoists’ by the police to claim ‘success in anti-Maoist operations’. In many cases, while conducting search operations, the police make the men stand in line and ask, ‘Are you with us or with them [Maoists]?’ The tribal people wonder if the government is fighting the Maoists or the indigenous people of the state.

In the last phase of his 15-year rule, Singh claims he has largely focused on the “growth” of the youth comprising 65 per cent of the electorate in the state. He has opened livelihood colleges and made skill development an enforceable entitlement for youths under the Chhattisgarh Right of Youth to Skill Development Act, 2013. But his idea of youth development is perhaps also intended to bring them into the government fold. Young tribals are recruited into local police by coercion so that the security forces get easy access into their villages for anti-Maoist operations as they know the terrain and topography well.

Polling day is fast approaching and this time, once again, the rebels don’t want the villagers to have the indelible ink mark on their fingers. Security forces, however, are using drones to keep the troublemakers at bay and bring in more villagers to the polling booth. But the villagers, caught in the crossfire between the State and the Maoists, are still trying to fathom whether the previous elections have brought change to their lives.