Advertisement
Home / Opinion / Demonetisation: the good, the bad and the ugly

Even if the wisdom underlying demonetisation is yet to be clearly detected, it's best to conclude with a hopeful note. Nothing is permanent, including failure. 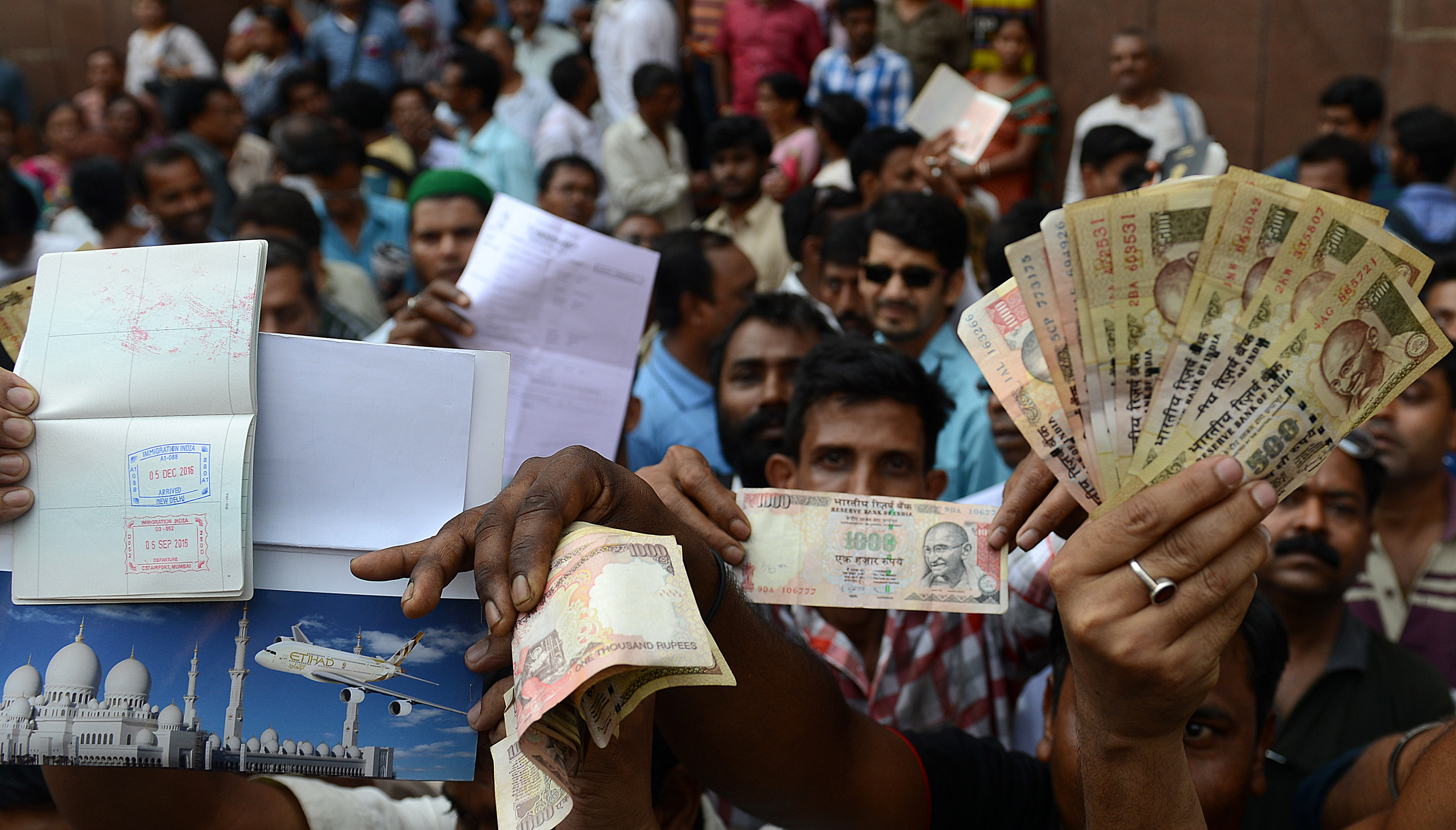 File photo of queue in front of the Reserve Bank of India, Mumbai, due to the non-availability of large currency notes
Biswanath Banik
Dipankar Dasgupta   |   Published 11.09.18, 12:00 AM

File photo of a long queue in front of the Reserve Bank of India, Mumbai, in March 2017, due to the shortage of large currency notes. Photo by Biswanath Banik

Tax evaders are not the only kind of people who inhabit the world. It is not hard to discover persons who do pay taxes. And apart from these, there is a third low-income category that is tax exempt. The propensities that drive the economic behaviour of the three classes are likely to differ. Yet there is a major similarity that bonds them together. All three groups use money, especially currency, for their daily survival. From where the cash that people carry in their pockets managed to arrive, however, unlike other forms of monetary assets, such as bank deposits, is quite unknown. Hence, cash carrying individuals are probably the softest of targets of those in charge of apprehending the dishonest.

The impact of the demonetisation policy, even though short term, was enormous, in so far as it affected the entire population of this billion plus nation. Hardly any other policy measure carried out in the country had made so many suffer so much for benefits that turned out to be so nebulous. The demonetisation drive may well be likened to a broad spectrum antibiotic administered to an undiagnosed bacteria afflicted patient. Even if the patient survives, the medicine destroys a whole lot of friendly bacteria living in the patient's body.

Whatever the side effects may be, did demonetisation achieve its primary goal at least? The answer to the question depends on the goal itself. If the idea was to get rid of corruption and convert India into a nation brimming with piety, then demonetisation was a naive policy at best. Post-demonetisation events involving monumental fraud reveal that dishonesty will take a while yet to be weeded out. Nonetheless, viewing matters non-politically at least, the government may still be complimented for trying to achieve a romantic but worthwhile goal.

What went wrong? The professor, Arun Kumar, a noted expert on the black money problem, argues that only 1 per cent of black wealth is stored as cash. That is, even if evaded tax accrues initially as cash, such accruals swiftly metamorphose into other forms of wealth, such as real estate. Is it possible then that we were barking up the wrong tree?

It appears from the latest Reserve Bank of India report that the high denomination cash that the government had targeted, be it black or no, failed to disappear from the economy. Let us try and understand this more transparently and begin with cash at the very source of cash, otherwise referred to as the Reserve Bank of India. The RBI's balance sheet, like all other balance sheets, has two sides to it, called respectively assets and liabilities. The assets consist of government bonds, foreign exchange, gold and a whole lot of other valuables. The liabilities are incurred by the bank on the basis of the assets it owns. For example, if the RBI holds $1 worth of foreign exchange, it may, if it pleases, issue rupee denominated cash liability of equal value. In fact, when a person purchases foreign exchange, he surrenders back an equivalent quantum of rupees created by the RBI. In the process, both the assets and the liabilities held by the bank go down by the same amount in value terms. Put differently, total assets of the central bank and its total liabilities must always be exactly equal. In accountancy language, this is referred to as double entry book-keeping.

What happens to the asset-liability balance when a government decree divests a major part of the cash created by the RBI of its legal tender status? Clearly, liabilities of the RBI go down overnight (as it literally did in late 2016), even as its aggregate assets remain unchanged. The principle of double entry book-keeping requires, however, that total assets and liabilities match. If therefore, the presumed black money hoarders fail to deposit back their cash to the banks and hence to the RBI (that is, if the cash vanishes away from the economy), the central bank ends up with assets exceeding its liabilities. The vanished cash is no longer its liability. The only way the hiatus can be removed is through the creation of new cash. To whose accounts will this new cash be credited? Surely not the accounts belonging to black money creators. The only organization that is ideally placed to benefit from the new cash is the law keeper itself, that is the government (though it has been said that the route through which this can happen is not legally straightforward).

If the tax-evaded cash were to so transform into spendable funds of the government, yet another possible objective of the demonetisation drive should be fulfilled. A government that is deprived of its tax revenue finds it difficult to address development programmes. Demonetisation could well have been conceived as an indirect means for making the avoided taxes flow back to where they should have actually accumulated. In spite of the (short term) hardships inflicted on millions of innocent people, this goal could have been well worth reaching. Unfortunately, as the latest RBI report has revealed, that goal too turned into a chimera. Of the banned notes, 99.3 per cent has been deposited back into the system.

It does not require too much imagination to figure out that a good part of the notes deposited back were associated with the so-called black economy. To that extent, it is incorrect to say as yet that the government has failed in its mission. But it has only made its mission enormously more difficult. In its effort to climb the Everest, it has ended up with setting before itself the unenviable task of reaching the moon.

The department of direct taxes, one hears, is now engaged in following through all large deposits to the banks following demonetisation. It is not clear that the department is equipped with sufficient manpower and infrastructure to carry out the exercise. In fact, if it did possess such mind-boggling facilities, the black economy was unlikely to have existed at all. Tax authorities have been hoodwinked not merely during the present government's tenure, but ever since time began.

Demonetisation had other objectives too, as the government has declared on occasion. One of these was to eliminate, as far as possible, cash-based transactions. The RBI report suggests that this objective, too, has probably not been achieved. As noted in the media, "19 months after the government banned... notes which made over half of the cash in the economy redundant, the currency with the public has more than doubled from a low of nearly Rs 7.8 lakh crore it had hit" following the demonetisation decision. In fact, currency with the public exceeds now its level prior to the demonetisation announcement. And amongst other interesting findings reported by the RBI, household savings held in the form of currency have reached their highest level since 2011.

Even if the wisdom underlying demonetisation is yet to be clearly detected, it's best to conclude with a hopeful note. Being an economist who shies away from politics, this columnist wishes to believe that all is not lost. Policy design is no easy task. A particular policy may have failed to reach its objective, but nothing is permanent in this world.