Backslide: Editorial on the hobbled status of elementary education

A decentralised approach, with smoother Centre-state ties, could address both the gaps and specific problems peculiar to states 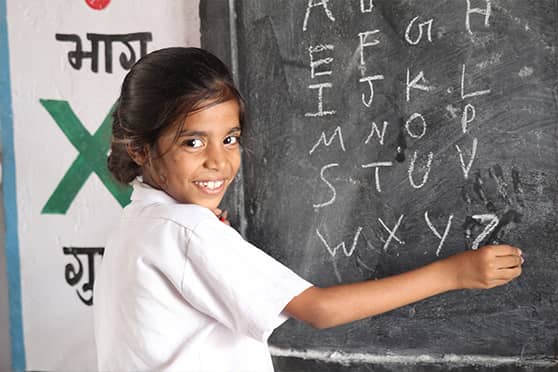 The National Education Policy of 2021 focuses on early school years and foundational learning but significant challenges, as is evident from the ASER, persist.
Sourced by The Telegraph
The Editorial Board   |   Published 23.01.23, 04:35 AM

The Annual Status of Education Report 2022 has laid bare a dichotomy. In the 616 rural districts surveyed, enrolment figures have climbed to their highest ever at 98.4%. Yet, the basic reading ability of children has regressed by a decade and dropped to pre-2012 levels, while skills in math have gone back to 2018 levels. This shows that while mid-day meals and other incentives are succeeding in bringing more children to school, elementary education remains hobbled. The yawning gap in learning ability could be attributed to disruptions brought about by the pandemic: in the rural areas surveyed, neither schools nor students had been prepared to shift to online classes. Hearteningly, West Bengal, which had reported a steep decline in a localised ASER study in 2021, has made some gains, both in enrolment and learning. So have Chhattisgarh and Karnataka. This proves that the losses of the pandemic can be reversed with concerted efforts. Bengal has also managed to keep girls in school with schemes like Kanyashree in spite of the pandemic-induced closures, which caused no less than one million girls to drop out of school across India. Not all states have fared well though. Worryingly, southern states that are known for their higher literacy rates have recorded sharp falls in learning — Kerala is on a par with Haryana and Himachal Pradesh in this regard, recording a decline of more than 10 percentage points. Given the gaps in learning at school, perhaps it should come as no surprise that one out of three children from Classes I to VIII now take private tuition, adding to the financial burden of education, which is one of the leading causes of school dropouts. Income loss in households has led to many children starting work and minor girls being married off. This is a huge, if silent, tragedy that the government must aim to reverse.

Children who have fallen behind should be taught from the level they are faltering at instead of focusing on grade-level curricula that will widen the learning gap further. But how will this be achieved in a country where the teacher-student ratio is uneven according to a 2021 Unesco report? Quite a few single-teacher schools exist. The National Education Policy of 2021 focuses on early school years and foundational learning but significant challenges, as is evident from the ASER, persist. A decentralised approach, with smoother Centre-state ties, could address both the gaps and specific problems peculiar to states.