Advertisement
Home / Opinion / At Jallianwala Bagh, other martyrs, other memorials

At Jallianwala Bagh, other martyrs, other memorials

Jallianwala is about more than General Dyer’s excess 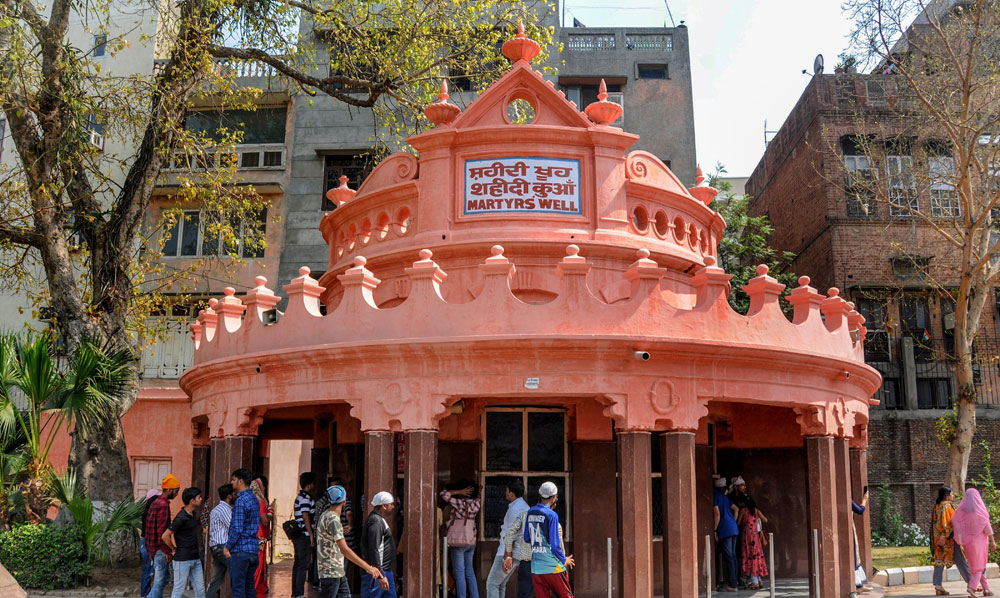 Do bullets make a noise as they slice through the air? At times they do. They say that the thunder of 1,650 rounds fired by a posse of soldiers under the command of General Reginald Edward Harry Dyer on an April evening in 1919, spilling the blood of around 400 people, can still be heard in the nooks and corners of Jallianwala Bagh. But not everyone seems to have the ear for the sound of Dyer’s bullets.

One hundred years later, visitors to Jallianwala Bagh, the site of a massacre that mobilised Hindus, Sikhs and Muslims against the Raj — Mahatma Gandhi wrote more than a dozen pieces highlighting the trauma of survivors and the travesty of justice — may be forgiven for mistaking its sacred precinct for a recreational space. If one were to take the narrow alleys along which Dyer and his troops had marched to fire upon a peaceful gathering, one would, in all probability, be greeted with the sights of citizens partaking of different kinds of pleasures.

Lovers, unmindful of the bullet marks on the walls around them, cling to one another; tourists in boisterous groups fiddle with their fancy phones before a flaming torch; families rest on the grass, polishing off pickles and parathas from impressive lunch baskets; some local boys are flying kites, even as they keep an eye out for the love birds on the ground; a Sikh child is being made to pose with a toy gun next to the spot from which, it is written, Dyer sounded the death knell of Indians. The child looks bored; as bored as his parents are about setting foot, quite literally, on a piece of history.

Of course, their disinterest can be blamed on the unimaginative planner — a government babu? — who has gone about curating Jallianwala Bagh. An adjoining building, a glum attendant informs, houses important “artefacts”. The “artefacts” turn out to be newspaper clippings describing Dyer’s blood-letting, their yellow content made illegible by time. The day after the firing, the then chief secretary of Punjab was informed by a British educationist, the principal of Amritsar’s Khalsa College, that the fleeing men and women had been shot down “like rabbits”. Some of these trapped creatures, lore has it, headed for a well, the only spot that seemed to kindle the interest of tourists who, while ignoring and being ignorant of history, drooled at the prospect of a taste of the macabre. This pungent public interest seems to have threatened the well itself: a guard rail is in place to keep out pesky visitors. One wonders, however, whether the guard rail is, in fact, serving a more nefarious purpose: keeping history away from its own people.

A newer history is now sprouting out of the shrivelled skin of the old. Harmandir Sahib, majestic and mystical, stands a few metres away from Jallianwala Bagh. It is, indeed, a chamber of many wonders: a fount of unshakeable faith; a symbolic granary, with a langar feeding thousands every day; an architectural gem — the reflection of the illuminated dome in the dark waters that surround it is known to cast a spell.

But one of its corners remains a bit elusive. This happens to be the Martyrs’ Museum, dedicated to those who have, over the course of history, laid down their lives for the sake of community and faith. Here, upon climbing a flight of stairs, one can enter quiet, pious rooms filled with tacky portraits of these fallen crusaders. Among them are Beant and Satwant Singh — the assassins of a former prime minister — who stare down from the wall, their gaze unrepentant.

In a strange twist, Jallianwala Bagh and the Martyrs’ Museum, each a custodian of specific sensibilities, stand next to one another. A century ago, Jallianwala Bagh had acted as a lightning rod, energising a political process that would eventually lead to the singeing of an Empire. The nation that emerged, phoenix-like, from that pure fire, however, is alleged to have turned on a section of its own people 37 years after its birth. Operation Blue Star, which scarred the Harmandir Sahib as well as the minds of its devotees in 1984, also gave birth to the spectre of Beant and Satwant.

Yet, the two different memorials stand together — one a testimony to the birth of a nation; the other, an acknowledgement of the depredations committed by that very nation.

Indian democracy, in spite of sustained efforts to make it otherwise under Modi’s raj, remains a strange and wonderful testimony to accommodation.