The State that failed

As the most inequitable country in the world after Russia, today's India is indicative of this fact 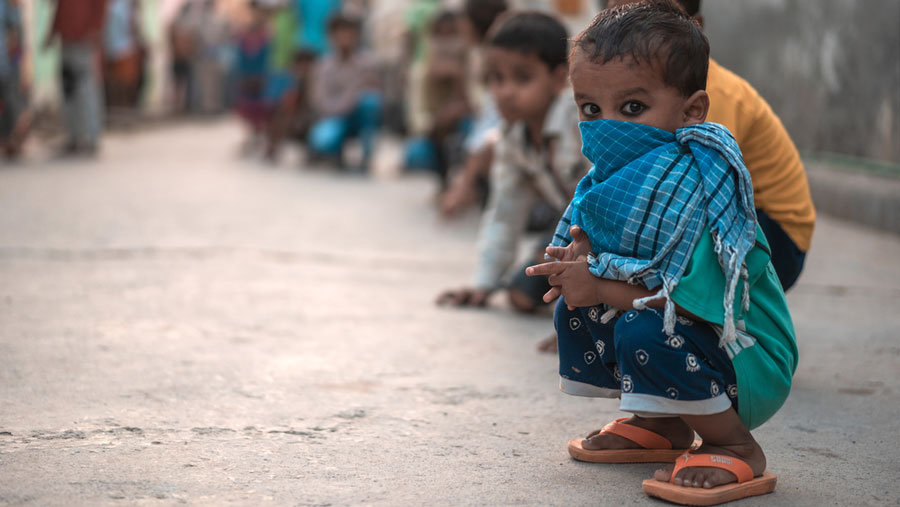 The Union ministry of women and child development protested against the downgrading of India from 94 to 101 on the Global Hunger Index, 2021. According to the ministry, the proportion of undernourished population given in the report is “devoid of ground reality and facts, and suffers from serious methodological issues”.

The ministry is protesting too much. According to FAO estimates in The State of Food Security and Nutrition in the World 2020 report, 189.2 million people —14 per cent of the India’s population — are undernourished; 51.4 per cent of women in the reproductive age between 15 to 49 years are anaemic; 34.7 per cent of the children aged under five are stunted, while 20 per cent suffer from wasting, meaning their weight is too low for their height. These children have a higher risk of death from common childhood illnesses such as diarrhoea, pneumonia, and malaria.

The impact of Covid-19 on India’s poverty has been disastrous. Pew Research Center, using World Bank data, has estimated that the number of poor in India (with income of Rs 150 per day or less) has more than doubled to 134 million from 60 million in just a year due to the pandemic-induced recession. This means India is back in a situation where it can be called a ‘country of mass poverty’ after 45 years. Even among the middle and lower-middle classes, the vast majority have reduced spending or are not able to spend.

India is no longer a ‘welfare-oriented State’ as embedded in the Directive Principles of State Policy (Part IV of the Constitution). The cardinal principles of such policy are that citizens have the right to an adequate means to livelihood; that ownership and control of the material resources of the community are so distributed as to best serve the common good; and that the operation of the economic system does not result in the concentration of wealth and means of production to the common detriment. Abandoning these, the country is being morphed into a ‘market-oriented State’, which is cruel considering the fact that over 60 per cent of people are outside the mainstream economy with poor income and purchasing capacity.

Unemployment is excruciating. The CMIE unemployment data reveal rural unemployment spiralling to 14.34 per cent and urban unemployment reaching 14.71 per cent as of May 2021. In a country where the majority of the workforce is in the informal sector, people have been massively affected due to the loss of jobs and the lack of access to the benefits that come with formal employment. Daily wagers, construction workers, street vendors and domestic helps have been disproportionately affected by the pandemic and lockdowns and are living a life of uncertainty.

Instead of abating this sordid situation through additional fund allocation and appropriate policy intervention, the Narendra Modi government is moving in the opposite direction — promoting and enriching rich oligarchs. This deliberate policy pursuit has resulted in extreme concentration of wealth and socio-economic iniquities: the richest 10 per cent of Indians own over 75 per cent of the country’s wealth and the bottom 60 per cent own less than 5 per cent. There has been a phenomenal accumulation of wealth for the super-rich. The Economist reported that the net worth of Mukesh Ambani and Gautam Adani had gone up by 350 per cent and 750 per cent, respectively, between 2016 and 2020.

This kind of situation, with India as the most inequitable country in the world after Russia, is indicative of the fact that the nation is heading towards being a “Failed State” as defined by Robert Rotberg in his seminal book, When States Fail: Causes and Consequences: “Failed states offer unparalleled economic opportunity — but only for a privileged few. Those... around the ruler or the ruling oligarchy grow richer while their less fortunate brethren starve... The nation-state’s responsibility to maximize the well-being and personal prosperity of all of its citizens is conspicuously absent, if it ever existed.”