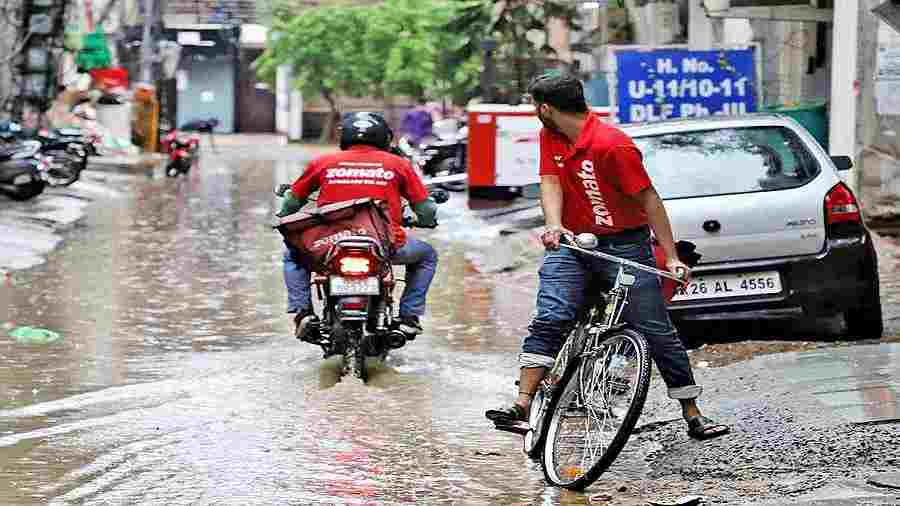 A mong the most innovative startups of our time are app-based aggregation and delivery platforms. Classic examples are Uber and Ola in transport and Swiggy and Zomato in food delivery: in fact, the process is often called ‘uberization’. Uber owns no cabs and Swiggy no restaurants. They only collect orders from clients, pass them on to service providers, and draw a commission. For the client, it is an easier option than visiting an eatery or combing the streets for a cab. For the service provider, it means more custom and optimum time management.

Amazon and Flipkart present a variant of this model. They might supply some products directly; but basically, they are marketing platforms for thousands of other stockists and manufacturers. The client enjoys a far wider range of options; the supplier, a wider clientele.

Setting up and running such gigantic digital platforms call for major investments. Moreover, their brilliant innovators have every right to rich rewards. Yet the cost involved is a small fraction of what a physical facility on this scale would involve, if it were possible at all. Even after ensuring ample returns to owners and shareholders, such enterprises could, in theory, allow decent compensation to everyone down the food chain (pun intended), from supplier and contractor to lastmile delivery agent, at little or no extra cost to the consumer.

This model of consumer services carries genuine potential for a fairer sharing of proceeds among all concerned, redefining traditional patterns of capitalism. It matches the appealing image of a T-shirtand-coffee-machine culture that the world of information technology assiduously projects.

So what curdled the cream? Today, these services have become the classic embodiment of an exploitative gig economy. A viral update of Sukanta Bhattacharya’s poem on the mail runner replaces that symbolic victim of time-worn oppression with the delivery rider on his bike.

Given the dire unemployment scene, any such service readily gathers an army of effectively captive workers. It also readily acquires a large clientele, no less captively exercising the illusory ‘choice’ promised by a consumer economy. The owners are thus well placed to bend the compliant system to their profit.

This happens in several ways. Prices may be hiked, perhaps immoderately. Surge fares of app cabs are a ready instance. Conversely, prices may fall — not only through economies of scale, but also by paring the earnings of ground-level suppliers and workers. Cab drivers receive only a small share of surge fares. Like food riders, they have to absorb rising fuel costs. Complaints abound of slashed commissions, mounting penalties for missing untenable schedules, or forced purchase of materials.

The app-based gig economy has spawned lakhs of skint-level jobs with neither financial nor social security. Perhaps more than any other single sector, it is fostering a K-shaped economy. The owners insist that each worker is an independent ‘partner’, so that issues of tenure, benefits and labour laws do not arise. At the same time, the pressures and penalties keep mounting: given the job famine, the workers cannot opt out. In other words, for such a labour-intensive system to find the ill-paid manpower to thrive, the general economic scene must be bleak. Let economists tell us whether this constitutes a species of stagflation.

Needless to say, such an order has its inbuilt limitation. In a stagnant economy, how many people will command even the moderate affluence to patronize an app-based consumer ecosystem? For a start, the workers servicing that clientele will never earn enough to be part of it. The trickle-down theory of wealth distribution, grotesquely flawed in social terms, obviously fails once the trickle stops.

In another direction, services might be honed to irrational levels, like ten-minute food deliveries. Unrealistic delivery times, disrupting traffic and risking accidents, have, for once, prompted a general public outcry. One platform claims that its riders neither know the timeline nor are penalized for delay. This beats belief if they meet their targets at all. Again, app cabs were touted as the answer to taxi refusals, but their multiple cancellations are no different.

Without question, app-based services have transformed urban living. They are a boon to the homebound, the elderly, to people with few transport options, and to everyone pressed for time. But they are identified by image with a techno-savvy, typically young clientele favouring a flexible unforced lifestyle, meeting each need or craving at short notice as it comes, perhaps to compensate for the pressures of the workplace. This consumer group enjoys reasonable affluence or more: not only to buy those specific services but also to sustain a general lifestyle of urban comfort, armed with appropriate hardware, online credit facilities, and the education and mindset to handle apps familiarly. A struggling working-class housewife could not order her groceries online even if it might save her money.

This adds a social dimension to the economic iniquity. A relatively privileged class is plied with conveniences and indulgences by a beleaguered and inadequately compensated workforce. The latter will not, as I heard someone blithely declare, feel ‘grateful’ to earn something ‘where they earlier had nothing at all’. They will rather harbour a resentment that can, at least locally, fester into open conflict. Far more crucially, the disparity will fracture and demoralize society and impede wider economic growth.

Iniquity is endemic to our domestic and community services. We are all complicit in our homes and neighbourhoods; the State shockingly so in the niggardly deal given to anganwadi and auxiliary health workers.  What is disturbing about the new online services is that they perpetuate the iniquity through the very instruments that might have brought relief: advanced technology, mass employment and intensive consumption.

As I began by saying, the system might operate more equitably to the benefit of all. It may still be redesigned through legislation and social pressure. Otherwise, we may be ensuring the delivery of trouble and misery to our doors.