The fundamental flaw of the CPI(M)’s analysis was to treat it as just another election delinked from the overwhelming national context, that too frozen in time 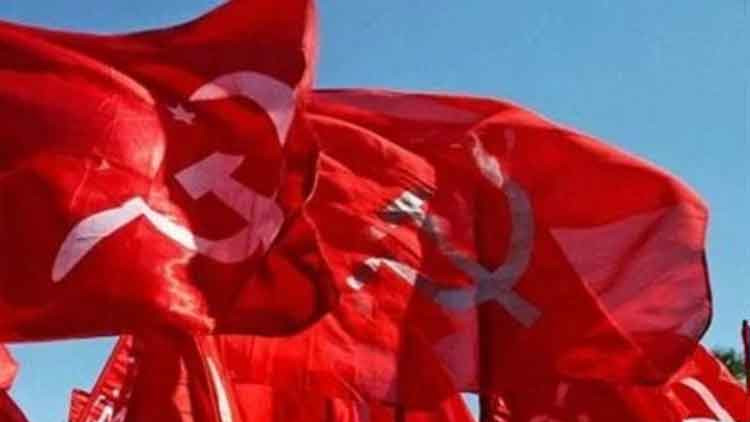 West Bengal has delivered a decisive verdict against the Bharatiya Janata Party. This was an extraordinary election where the battle had become all about the BJP trying to conquer Bengal and an angry and alarmed Bengal trying to stop the BJP by all means. The BJP did not anticipate the depth of the opposition and the steely resolve of the people. The unprecedented gains made by the BJP in the 2019 Lok Sabha elections had put the state on alert. The Trinamul Congress did show the political sharpness and agility to draw its lessons and take corrective measures, but the BJP with its power, resources and well-oiled election machine threatened to virtually romp home to victory by engineering large-scale defections and lulling floating voters into submission. This is where the progressive and inclusive legacy of West Bengal stepped in and erected a wall of resistance that the BJP could not breach. Despite suffering defections, the TMC vote share went up by five per cent since 2019.

The Left Front and the Congress should have seen the extraordinary significance of the battle for Bengal. Failure to sense it can only be called a big error of subjective and wishful reading of the situation. And if they sensed it and yet chose to ignore the warning signals, it is yet another historic blunder. Be that as it may, large sections of Bengal’s activists and intelligentsia — from radical student and youth organizations to cultural activists running little magazines, digital media, theatre groups, film societies and musical teams, activists working in the domain of public health, education, environment, science and rationalism and the broad spectrum of rights activists working among various marginalized groups — ran an energetic campaign sensitizing the people about the danger and managed to avert the disaster of a BJP victory. As a communist party we are glad to have played our role in energizing this resistance.

The fundamental flaw of the CPI(M)’s West Bengal analysis was to treat it as just another state election delinked from the overwhelming national context, that too frozen in time, more linked to 2011 and 2016 than dealing with the current reality of 2021. It forgot that the election was being held in the shadow of a pandemic and against the backdrop of powerful movements against the fascist offensive of Modi 2.0 — the discriminatory Citizenship (Amendment) Act, the disastrous farm laws, the cruel lockdown and systematic sale of national assets. That it was not about settling scores with the TMC over Singur and Nandigram and for the 2011 defeat, it was about addressing the pressing present reality of West Bengal and India from a left point of view. In the changed balance of forces, the LF-Congress-ISF combine could never be seen as an alternative government. West Bengal needed the Left as an Opposition alive to the challenges of the day.

While the whole world saw the BJP and the TMC as two adversaries, the CPI(M) harped on the presumed equivalence and unity of the two. Hence the absurd formulation that to defeat the BJP one had to first defeat the TMC, or the concoction of a fictitious entity called ‘Bijemool’ by lumping the BJP and the TMC. If at all it addressed the BJP, it addressed it as another version of the TMC, as a party of former TMC turncoats. The CPI(M) thought it was enough to blame the TMC for ‘inviting’ the BJP to West Bengal, forgetting the strong ideological and organizational roots of Hindutva in West Bengal and ignoring the challenge of facing the BJP today. Imagine the kind of impact a Brigade rally could have had with leaders of the farmers movement, the movement against NRC and CAA, students’ movements, reflecting the Left’s resolve and readiness to stop the BJP in West Bengal. With its one-sided and short-sighted approach, the CPI(M)-Congress coalition had earlier ceded ground to the BJP; this time around the alliance ceded ground to the TMC in the BJP-TMC polarization.

The West Bengal assembly will now have the BJP straddling the entire Opposition space. The Congress in West Bengal stands metamorphosed as the TMC; it is the Left that will go missing in the assembly. The Left will have to rebuild and re-energize itself in the state through its dedication to the people and as a spirited organ of people’s movement. Democratic forces and Opposition parties across India have got a ‘Bengal breather’, and this moment must be used to inject a greater sense of purpose, urgency and unity among the entire Opposition spectrum. The Bengal brake should inspire the farmers, workers, youth and women to intensify their ongoing struggles and invigorate the Opposition for the coming electoral battles — UP in 2022 and India in 2024.

Dipankar Bhattacharya is general-secretary of the CPIML