The police as the arbiters of communication 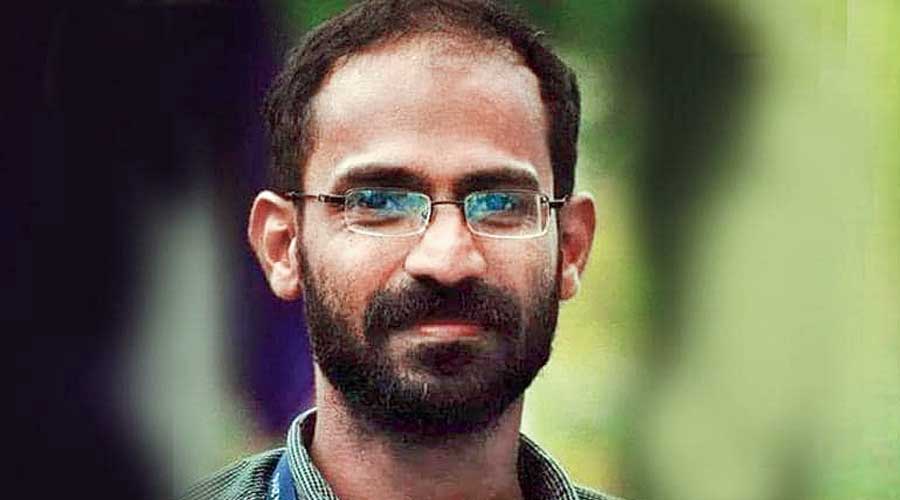 For a country with serious challenges to tackle, the amount of time and energy of government agencies and courts that is now spent on offence-taking and conspiracy-chasing borders on the ludicrous. Through 2021, the police in various parts of the country sought to criminalize news gathering as well as social media expressions, registering first information reports indiscriminately under various sections of the Criminal Procedure Code as well as under anti-terror laws. Because of the resulting incarceration and deprivation of personal liberty, these cases reach the courts, which are already overburdened with cases, quite quickly.

Whether the alleged offenders are booked in Uttar Pradesh, Kashmir or Tripura, these incidents are marked by common features: the registration of FIRs under non-bailable laws, such as sedition and sections of the Unlawful Activities (Prevention) Act, the propensity of the police to convert investigators (such as reporters) into offenders, and considerable inventiveness in creating a backstory in the chargesheet to back up the original charge.

In October 2021, in the state of Tripura, there were reports of ‘alleged vandalism of religious structures’ which led to journalists and fact-finding lawyers descending upon the affected region to investigate. The police then booked 102 social media users, including advocates, journalists, and social activists for amplifying and commenting on the incident online, and wrote to social media platforms asking for their accounts to be blocked. They were accused of promoting enmity between groups by publishing baseless news. In other words, the offenders were not those who allegedly desecrated the mosques (described by the police as “prayer halls”) but those who investigated the incident.

The reporters charged were from a digital news portal called HW News Network. Their petition in court said, “If the State is allowed to criminalise the very act of fact-finding and unbiased reporting, then the only facts that will come in the public domain are those that are convenient to the State…” The case first reached the court of a chief judicial magistrate who granted bail to the reporters, and then the Supreme Court in December, which stayed the proceedings and gave the state four weeks to file its counter-affidavit.

Another notice under UAPA was served to yet another journalist for tweeting that Tripura was burning. An anti-terrorism deterrent, no less, for journalistic hyperbole. The overenthusiastic use of this law was underscored by the statistics the government gave in the Rajya Sabha in December 2021: 4,690 people were arrested in different parts of the country under UAPA in the past three years, 149 of whom were convicted. And the state which reported the most arrests was Uttar Pradesh, followed by Jammu and Kashmir and Manipur.

In a much-publicized case in Uttar Pradesh, a freelancer for a news portal apprehended in October 2020 entered his 15th month of incarceration this month, even as his case was transferred to a special court in Lucknow in December. Siddique Kappan was arrested on October 5 while he was on his way to Hathras, home to the young Dalit woman who died after being allegedly gang-raped by four upper-caste men in September 2020. Her cremation at night by the authorities, allegedly without the parents’ consent, had triggered outrage. Kappan was not the only journalist heading for Hathras at that point. He was freelancing for a news portal and had hitched a ride to Hathras with student activists of the Popular Front of India whom he knew. That association has added much grist to the 5,000 page chargesheet produced by the UP police and the inquiry of the Special Task Force in the intervening months.

Newslaundry has written several pieces on this chargesheet, documenting, among other facts, how the case against Kappan was first built largely on the statement given by a man whom Kappan had earlier accused of defamation, the editor of a right-wing website called Indus Scrolls. A Malayala Manorama journalist’s suspicions about Kappan also figured in the UP police chargesheet. These have been rebutted by the Kerala Union of Working Journalists, which has been fighting his case in the Supreme Court. To this day, his family and journalist colleagues are occupied in rebutting a succession of inventive arguments that the Special Task Force has come up with. Meanwhile, other journalists who had FIRs filed against them in UP for their reporting last year have also had to reach the Allahabad High Court and the Supreme Court to seek relief.

The Gauhati High Court, too, was among those called upon in 2021 to spend judicial time on a UAPA case filed against a social media post that the police thought threatened the security of the State. The accused had posted a view on Facebook that the Taliban in Afghanistan were not terrorists. The bench hearing the case observed that it was doubtful that this post alone would constitute a cognizable offence.

Earlier this month, The Kashmiriyat reported that the Jammu and Kashmir police had produced a chargesheet in the court of a judicial magistrate against a journalism student and freelance journalist who, it said, was “always in search of anti-government news”. The police said he was involved in tweeting fake news to provoke people against the government. Meanwhile, he was put in police lock-up.

In May 2021, after the Andhra Pradesh police had registered FIRs alleging sedition against TV5 News and ABN Andhra Jyothi for publishing the press statements of a rebel YSCRP MP, the Supreme Court stayed the FIRs and observed that it was time to define the limits of sedition, particularly in the context of press freedom and the right of electronic and print media to communicate news, information and the rights of those critical of the prevailing regime in any part of the country.

Meanwhile, the police across the country have begun to reign as arbiters of communication, news gathering be hanged.